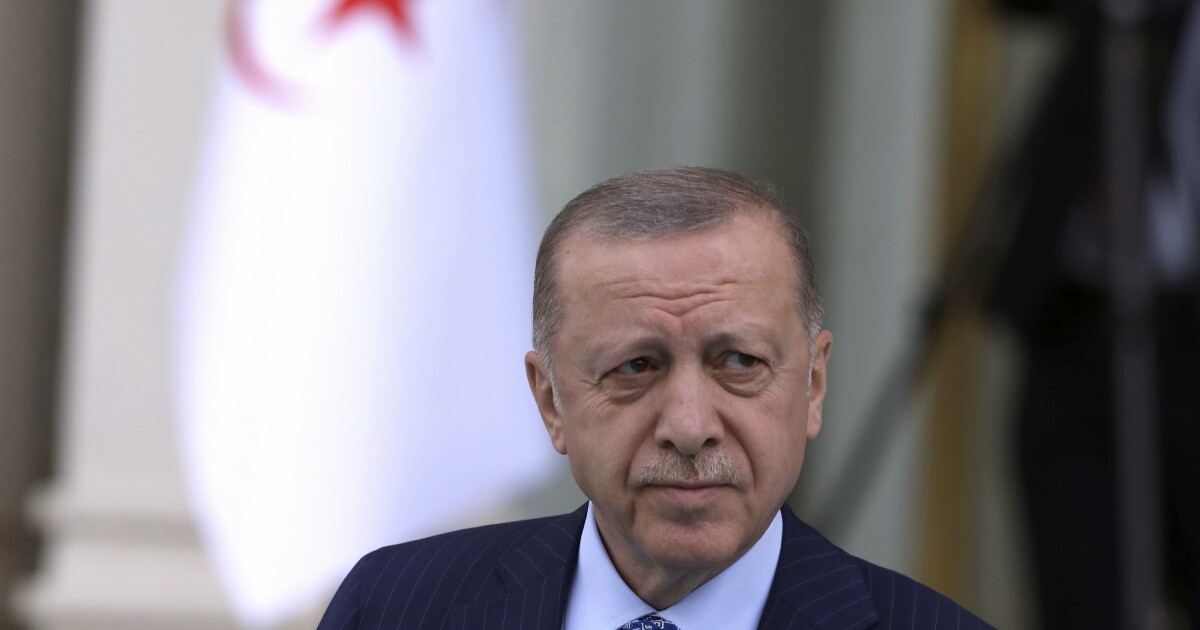 Erdogan said Ankara will vote against countries that impose sanctions on it and told the two Nordic countries not to bother visiting Turkey to try to change his mind.

“Neither of these countries have a clear, open attitude towards terrorist organizations. How can we trust them,” Erdogan said at a news conference Monday, according to Reuters. “They are coming to Turkey on Monday. Are they coming to convince us? Excuse me, but they should not tire themselves.”

Erdogan previously threw cold water on the Nordic nations’ bid to join the alliance last Friday, when he stressed Ankara did not have a favorable opinion of Finland or Sweden joining the alliance, highlighting their support of Kurdish groups he considers “terrorist organizations.” However, his remarks Monday were even more pointed.

“We would not say yes to those who impose sanctions on Turkey joining NATO,” Erdogan said at a news conference, per state-run Anadolu.

In 2019, both nations levied a ban on certain arms sales to Turkey in response to its offensive against Kurdish fighters in Syria. The arms restrictions were imposed in conjunction with other European Union members over Turkey’s actions in Syria.

Erdogan did not explicitly vow to vote against Sweden’s or Finland’s entry into the military alliance, leaving the door open for negotiations. Both countries planned to send representatives to Turkey to address its concerns, Sweden’s Ministry for Foreign Affairs said Monday. Turkey has demanded the two Nordic nations drop their arms restrictions on Turkey and stop supporting certain Kurdish groups.

Sweden and Finland have denied repatriation requests from Turkey for 33 people connected to the Muslim cleric Fethullah Gulen or the Kurdistan Workers’ Party, whom Erdogan blames for the 2016 coup against him, Turkish media reported.

Once a nation announces its intent to join the alliance, current members can permit entry through unanimous agreement. This gives Turkey considerable leverage over the process. Western support of Kurdish fighters in the Middle East has been a point of considerable tension between Ankara and a number of NATO allies, including the United States.