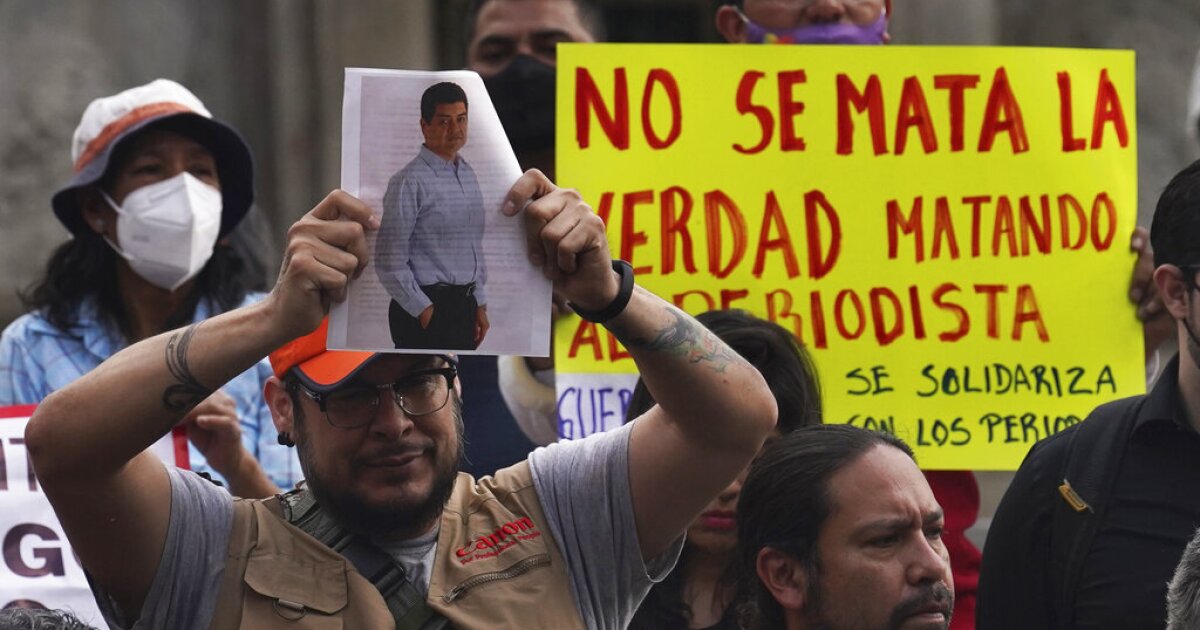 Two journalists were killed in Mexico on Monday, bringing the death toll for media workers this year to 11.

Two journalists were killed in Mexico on Monday, bringing the death toll for media workers this year to 11.

The latest victims, director Yessenia Mollinedo Falconi and reporter Sheila Johana Garcia Olivera of the online news site El Veraz, were fatally shot in the state of Veracruz along the Gulf of Mexico, according to the attorney general’s office for the state of Veracruz.

“The State Attorney General, Veronica Hernandez Giadans, assures that there will be no impunity; All lines of investigation will be exhausted, including his journalistic activity,” the office tweeted Monday.

An investigation has been opened into the killings, the office said.

The two were attacked outside a convenience store, the State Commission for Attention to and Protection of Journalists told the Associated Press.

Hundreds of journalists gathered at the Angel of Independence monument in Mexico City on Monday evening to draw attention to their peers killed this year. Last Thursday, Luis Enrique Ramirez, a columnist for the magazine Espejo, was found dead with a gunshot wound among other injuries wrapped in black plastic in the city of Culiacan.

Mexican President Andres Manuel Lopez Obrador has adopted harsh rhetoric toward domestic and foreign media, verbally attacking journalists for their coverage. He has called them “thugs, mercenaries, [and] sellouts,” as reported by the Associated Press.