The University of Chicago's Class of 2026 was treated to a bizarre welcoming ceremony to the campus this year.

When a new cohort of young freshman undergraduates finally arrives on any one of our nation’s university or college campuses, they were once treated to an all-student orientation and public address that set a tone of optimism, scholarship, and individual achievement. A presentation was usually made by university leadership, in combination with some of the faculty from different departments, where they also discuss the college’s history and culture, its standards and expectations, and its views on developing self-discipline, competitive instincts, along with the high hopes of science and technology discoveries.

Not so at the University of Chicago.

The Class of 2026 was treated to the bizarre outlook of a philosophy professor Agnes Callard, who under the guise of a “thought experiment,” asked a group of over a thousand new 18 and 19-year-olds, to consider the following, as reported in UChicago News:

“In her speech, Callard embarked upon a theoretical experiment she called the “infertility scenario,” borrowing from philosopher Samuel Scheffler’s book “Death and the Afterlife.” In this hypothetical situation, humanity discovers that every single person alive has been made sterile by a virus that has spread to every corner of the earth, meaning the current population is the last generation of humans. But the objective of this thought experiment was to feel the full, somber impact of humanity with no future and to unpack the question: Why do we care about future generations?  “I talked to you about your deaths in order to give you a sense of the scale of our project, and what’s at stake in finding what we’re all looking for.” Following the address, students gathered in small groups to discuss the speech with UChicago faculty members, mimicking the seminar-style of their forthcoming humanities Core classes. In these conversations, students talked about the questions Callard put forth and the types of “big ideas” they would work on during their time in the College while receiving a liberal arts education.”

While I appreciate that some could interpret Callard’s address as merely a provocative suggestion in order to generate discussion, surely there are better ways to accomplish the same goal with optimistic, audacious ambitions?  For example: “Imagine you are among a group of astronauts and scientists shuttling back and forth from a new moon colony: how would you need to be prepared to function under such conditions, and what kinds of work could you do there?”  This sounds pretty far in the future, doesn’t it?  But to the Chinese, it has become part of a national obsession where they claim to be the next feet that will step on the lunar surface, establish a human habitat, control resources, and make legal claims to property and access.

Meanwhile, back at the Hyde Park campus of UChicago, freshmen are being asked to engage in vague existential ruminations.  But there is more: as the unfortunate philosophy professor asks students to consider a future of sterilized humans, she completely avoids raising a topic of basic health risks from the university’s forced COVID vaccine policy, including boosters, both of which have become objects of intense concern by the medical profession itself (one UChicago alum is the CFO of Moderna). Student legal appeals to a right to personal health management were rejected by one of UChicago’s well-known law school lecturers and federal appellate judge Frank Easterbrook, when students of Indiana University appealed to his federal circuit court concerning mandated vaccines.  Not surprisingly, he casually referred to an old turn-of-the-century 1905 case in Massachusetts, Jacobson, as a “precedent,” and declared the student’s objections null and void: there is no constitutional right of refusal acknowledged (despite mounting risks including blood clots, stroke, and sudden arrythmia). 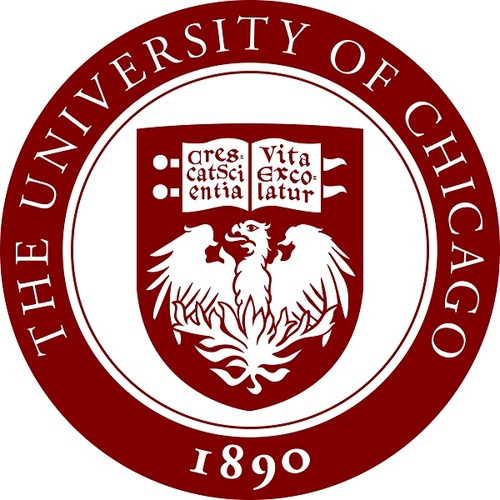 What Professor Callard might have otherwise asked the students instead, is, “Imagine the present: you are citizens in a country where your Constitution and Bill of Rights are ignored by your own court system; your government has coopted your media, and your judicial, law enforcement, intelligence, and military branches; your currency is being assaulted by inflation and out-of-control government spending, and you are considered an enemy of your own country if you share or broadcast the wrong thoughts. You can even be denied the ancient right of habeas corpus on political grounds for protesting, and your voting system is subject to increasing federal takeover, while your electoral college system is considered subject to replacement by popular vote, while your border is wide open to millions of illegal immigrants being transported and installed in your own neighborhoods, with your tax dollars supplying education, health care, shelter, a driver’s license, and voting rights.  Your home, property, and bank accounts are subject to sudden search, and you will be classified in the future with a “social credit score” depending on your degree of ideological cooperation (and even your race). In the meantime, new viruses are being announced on a nearly monthly basis, and your government reserves the asserted right to order you to “social distance,” ‘self-isolate,” “lockdown,” and wear a face covering in order to participate in public life.”

And to give the students — and their parents paying upwards of $80,000 a year for the educational privilege — something to really ponder, she might have disclosed that over 80% of the student’s professors will fully embrace the current radical Left agenda of the government; they will reinforce its messages, accept without question its authority; and attack, discredit, or even undermine those who may disagree.

Perhaps rather than Samuel Scheffler’s book Death and the Afterlife, the students should be introduced (if they haven’t been already) to John Locke, Adam Smith, David Hume, Montesquieu, Thomas Jefferson, James Madison, and Tocqueville, and to Ayn Rand (born Alissa Zinovievna Rosenbaum) and her book The Fountainhead, that celebrates man as the rightful source of his own power and authority. And they might find inspiration from one of Rand’s final public appeal for individual, self-directed liberty in the face of mass conformity and mediocrity, that she read from John Galt’s speech in her book, Atlas Shrugged:

“To those of you who retain some remnant of dignity and the will to live your lives for yourselves, you have the chance to make the same choice. Examine your values and understand that you must choose one side or the other. Any compromise between good and evil only hurts the good and helps the evil.  If you’ve understood what I’ve said, stop supporting your destroyers. Don’t accept their philosophy. Your destroyers hold you by means of your endurance, your generosity, your innocence, and your love. Don’t exhaust yourself to help build the kind of world that you see around you now. In the name of the best within you, don’t sacrifice the world to those who will take away your happiness for it. To win requires your total dedication. Fight for the value of your person. Fight for the virtue of your pride. Fight for the essence which is man: for his sovereign rational mind. Fight with the radiant certainty and absolute rectitude of knowing that Yours is the Morality of Life and yours is the battle for any achievement, any value, any grandeur, any goodness, any joy that has ever existed on this earth.”