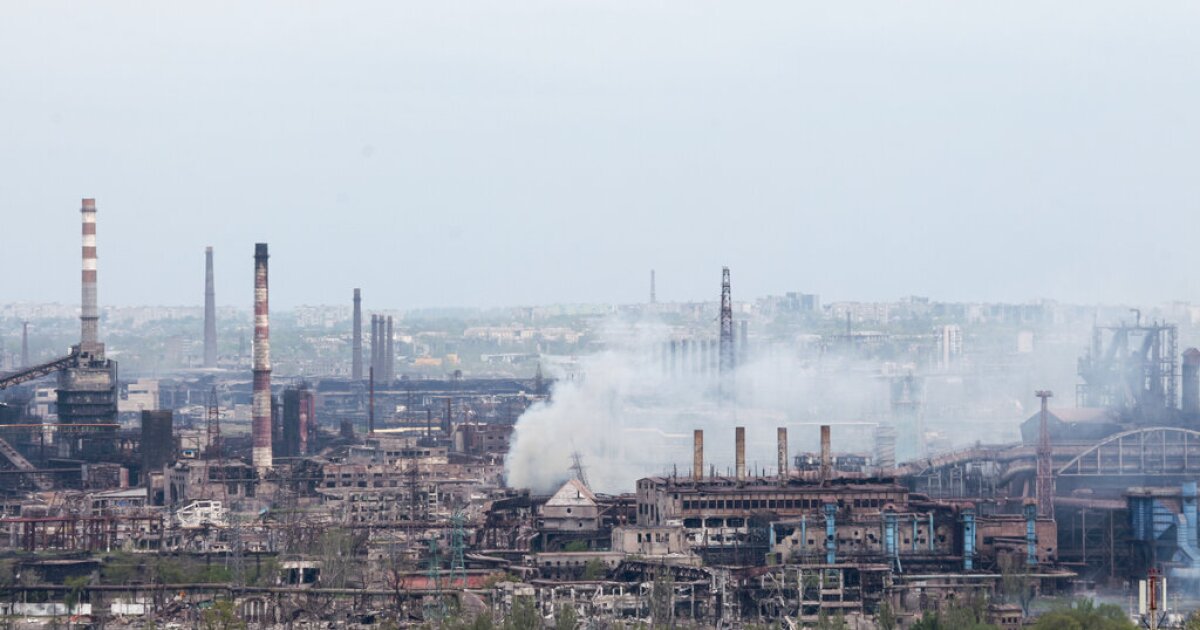 Ukraine is undertaking the "next stage" of evacuations from the Azovstal steel plant in Mariupol on Friday as Russian forces continue ground and aerial assaults on the shelter.

Ukraine is undertaking the “next stage” of evacuations from the Azovstal steel plant in Mariupol on Friday as Russian forces continue ground and aerial assaults on the shelter.

The new attempt at evacuating civilians sheltering with Ukrainian troops at the steel plant was announced by a senior Ukrainian official on Friday, who did not provide details on the rescue effort. Ukrainian President Volodymyr Zelensky said on Thursday night that more than 150 people have been evacuated from the facility this week amid continued attempts by the Russian military to storm and shell the steel plant.

“The next stage of rescuing our people from Azovstal is under way at the moment. Information about the results will be provided later,” Andriy Yermak, the head of Ukraine’s presidential staff, said on Friday.

Ukrainian authorities believe there are about 1,000 civilians still sheltering inside the Azovstal plant’s underground tunnels, according to a report.

The plant has been surrounded by Russian forces for weeks, who are reportedly in control of the city of Mariupol, making evacuation efforts difficult.

On Thursday night, Zelensky said that “Russian shelling and assault of Azovstal do not stop. But civilians still need to be taken out — women, children. Many children who are still there. Just imagine this hell!”

The Ukrainian military said on Friday that Russia has “resumed assault operations with the support of combat aviation in order to take control of the plant.”

The United Nations and Ukrainian officials said on Thursday that 500 civilians have been evacuated from the besieged southern port city this week, with some people having spent the last two months sheltering underground.

A Ukrainian commander inside the steel plant said on Wednesday that Russian forces had breached the facility’s perimeter and “bloody fighting” was going on inside the facility.

Video released Wednesday by the Russian Ministry of Defense showed intense airstrikes being carried out against the steel plant.

Azovstal. Mariupol. This is how the desperation of the army of russian murderers looks like. Ukrainian heroes defend the whole world. pic.twitter.com/mrboirIeBZ

The renewed effort to capture the facility comes after Russian President Vladimir Putin signaled last month that his forces would surround and seal off the plant but not storm the facility.

The British Ministry of Defense said on Friday that Russia’s recent bombardments of the facility are “likely linked to the upcoming 9 May Victory Day commemorations and Putin’s desire to have a symbolic success in Ukraine.”

Ukrainian officials said on Thursday that Russian troops were working to clear debris from a bombed-out Mariupol drama theater, used as a shelter during the war, in order to use it as a center for May 9 celebrations in Ukraine.

The Russian bombing of the Mariupol drama theater killed an estimated 600 people sheltering inside, according to a report.

The British Ministry of Defense, however, says the effort to take control of the Azovstal facility has come at great cost to Russian forces.

“This effort has come at personnel, equipment and munitions cost to Russia. Whilst Ukrainian resistance continues in Azovstal, Russian losses will continue to build and frustrate their operational plans in southern Donbas,” the U.K. ministry said.