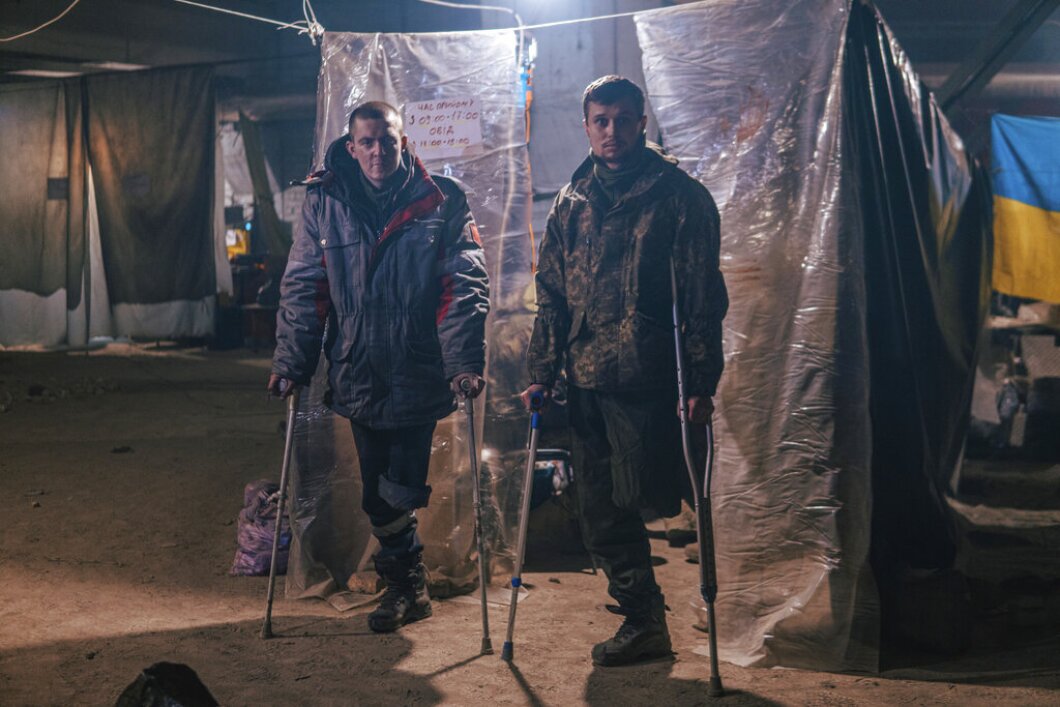 Ukraine has offered to release captured Russian soldiers in exchange for the evacuation of injured Ukrainian soldiers trapped in the Azovstal steel plant in Mariupol, Ukraine's deputy prime minister said on Wednesday.

Ukraine has offered to release captured Russian soldiers in exchange for the evacuation of injured Ukrainian soldiers trapped in the Azovstal steel plant in Mariupol, Ukraine’s deputy prime minister said on Wednesday.

Ukrainian Deputy Prime Minister Iryna Vereshchuk said that negotiations on the proposed swap are underway with Russia, which has refused to allow severely injured Ukrainian servicemen in the besieged facility to evacuate through humanitarian corridors with civilians. By Russia’s most recent estimate, some 2,000 Ukrainian soldiers remain holed up inside the steel plant.

“As of now, it is impossible to unblock Azovstal by military means,” Vereshchuk said in a Facebook post.

“Defenders of Azovstal do not want to surrender. This is worthy of respect. Russians do not agree on ‘extraction.’ This is reality, but it’s not surprising from the Russians. What is there to do?” she continued.

“The government is working out different options. None of them is perfect. But we are not looking for an ideal option, but a working one.”

That “working” option is the proposed swap of Russian prisoners of war in exchange for the release of injured Ukrainian fighters that have been trapped inside the steel plant, surrounded by Russian forces, for weeks.

“As a first step, offered Russians such exchange: We are taking our seriously injured guys from Azovstal through the humanitarian corridor. Instead, we give prisoners of Russians under the standard rules of exchange of prisoners of war,” Vereshchuk said.

“There is no agreement yet. Negotiations are well underway,” Vereshchuk concluded.

Ukrainian officials said over the weekend that they had successfully evacuated all women, children, and elderly people that were hunkered down with Ukrainian forces in the steel plant’s underground corridors.

On Wednesday, a Mariupol government official said that at least 100 civilians, presumably men, remain trapped in the steel plant.

Many of the fighters inside the Azovstal facility have suffered grievous injuries as a result of combat with Russian forces and the aerial bombardment of the steel plant. Soldiers that have spoken out from the facility describe a dire situation, with limited supplies of food and medicine remaining.

The Azovstal steel plant is the last area of the city controlled by Ukrainian forces.

Russian forces have attempted to raid the facility and continue to bomb it despite claims by Russian President Vladimir Putin that a storming of the steel plant would not occur, and that it would be sealed off, allowing Ukrainian troops to surrender.

Ukrainian forces inside the steel plant have said on numerous occasions that they refuse to surrender to Russian forces.