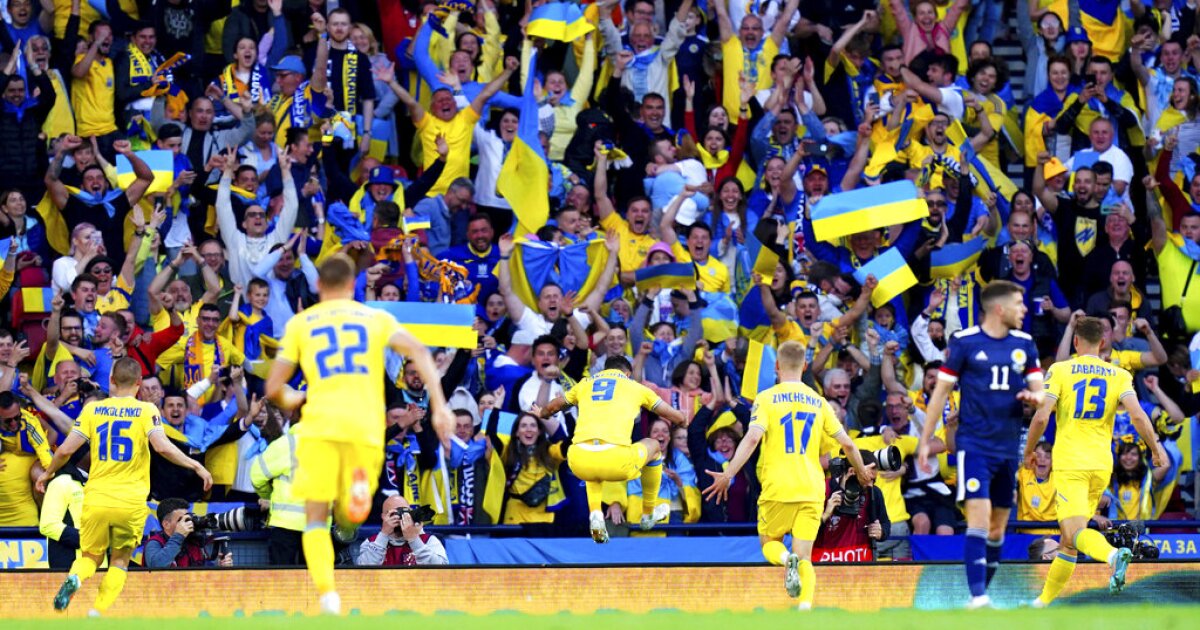 It was the first competitive game for the Ukrainian national soccer team since Russia’s Feb. 24 invasion, which has shut down the country’s soccer league. Ukraine’s emotional 3-1 victory over Scotland means the players from the war-torn country only need to defeat Wales on Sunday to reach the 2022 FIFA World Cup in Qatar.

“I have no emotions, all emotions are left out on the pitch. This victory is not for me, not for our players but for our country, so it was a huge victory for Ukraine,” Ukraine coach Oleksandr Petrakov said after the game.

US TO COMPETE WITH IRAN, ENGLAND, AND MAYBE UKRAINE IN WORLD CUP

Petrakov, a 64-year-old native of Kyiv, said the team played for those suffering and fighting back home in Ukraine.

“They played for those watching back home, for the armed forces in the trenches, for those in hospitals. They say thanks to us and we return our gratitude to them,” he said, adding, “We played for them, for those who fight with their last drop of blood, for those who suffer every day, we made baby steps toward our great aim.”

More than 2,000 Ukrainian fans were in attendance at the Hampden Park soccer stadium in Glasgow, Scotland, to cheer their side on. Many in the crowd were war refugees and some were orphaned children who had been given tickets by the Scottish Football Association, according to ESPN. Fans waved Ukrainian flags, held up masks with Ukrainian President Volodymyr Zelensky’s face, and displayed anti-Putin and anti-war signs throughout the match, which was originally scheduled to take place in March.

Amid the air raid warnings in Kyiv, some Ukrainians ventured into basement bars to watch the game. At least one bar in the capital city allowed fans to remain inside the bar well past the end of the game in order to avoid being caught outside during the city’s war-time curfew, the Associated Press reported.

“It looks like we are having lots of fun but, actually, we are not,” Oleksii Safin told the Associated Press in Kyiv. “We are trying to look normal, as far as we can, but we still remember what is going on out in the east.

Ukraine will play Wales on Sunday for a ticket to the World Cup this November. If they win the match, the Ukrainian team will face the United States, England, and Iran in the first round of the tournament.

“We have one more and we need to win it — we need to take it or this won’t mean anything,” star Ukrainian midfielder Oleksandr Zinchenko, who plays for Manchester City of the English Premier League, said after the game.

“Everyone knows the situation back in Ukraine, so it [Sunday] is going to be a massive game for us. We need to show the best performance of our lives,” Zinchenko added.