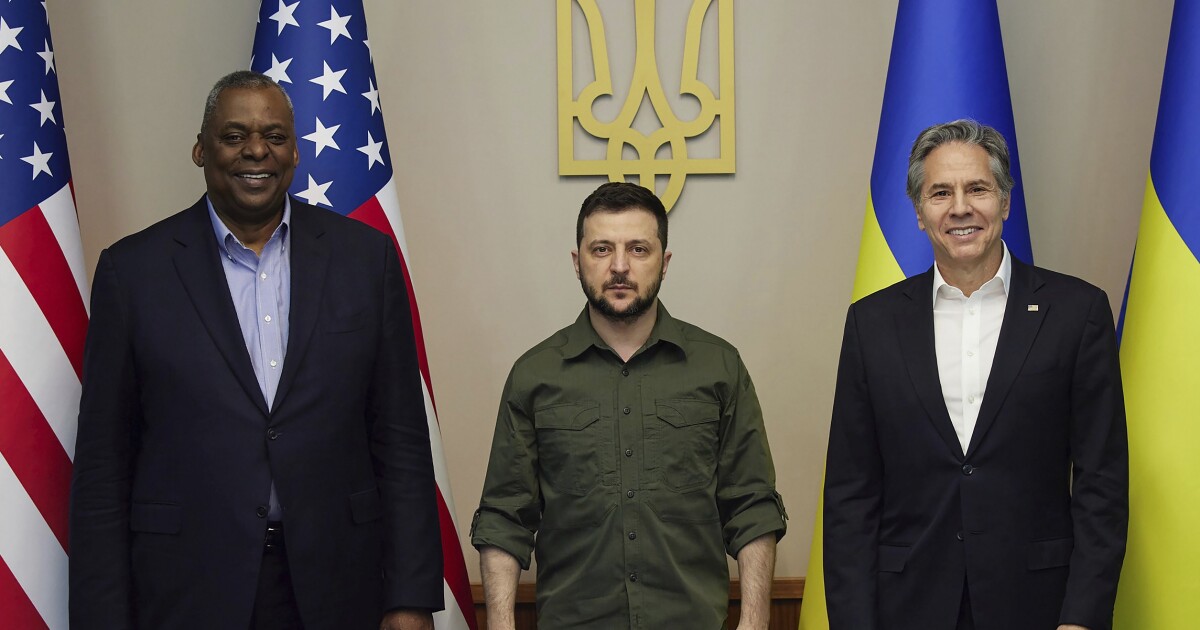 The U.S. government's response to the war in Ukraine has morphed over the 10-plus weeks since Russia invaded, and the Ukrainians' success has led to more American help.

The U.S. government’s response to the war in Ukraine has morphed over the 10-plus weeks since Russia invaded, and the Ukrainians’ success has led to more American help.

The Ukrainians ‘ ability to fend off the Russian military, which has come as a surprise to some U.S. officials
, has pushed the Biden administration to go to further lengths to help them pull out the victory.

The U.S. government spoke out against the Russian military invasion from the start but hesitated to get pulled into a larger conflict. The widespread belief that Kyiv would fall further blunted any willingness to act in ways that the Kremlin could perceive as escalatory. But Ukraine withstood Russia’s attempts to conquer Kyiv, leading to a Russian retreat from the outskirts of the capital. This further emboldened the U.S.’s willingness to help Ukraine.

The Biden administration has designated roughly $3.8 billion worth of military aid to Ukraine since Russia invaded on Feb. 24, the most recent of which was announced on Friday, and President Joe Biden has urged Congress to pass a new $33 billion spending bill
, which includes more than $20 billion for weapons, ammunition, and other military assistance.

More than 220 Ukrainian soldiers have completed their training on M777 howitzers, while another “150-plus” are currently going through the training, Pentagon spokesman John Kirby said last Friday. Another 15 Ukrainian soldiers have completed the Q-64 mobile radar system training. Sixty have been trained on M113 armored personnel carriers, and another 50 soldiers are currently undergoing the training for the M113. Additionally, 20 Ukrainian soldiers are finishing up their training on the recently developed Phoenix Ghost  tactical unmanned aerial systems
.

The training sessions are conducted on weapons that are meant for the terrain in the Donbas, which is flat and rural, because that’s where Russia is now concentrating its military efforts after failing to capture Kyiv. The region is in the eastern part of Ukraine, and it borders Russia. Ukrainians and pro-Russian separatists have fought for roughly eight years, so both sides are familiar with the battlefield.

From the intelligence perspective, the U.S. reportedly shared intelligence with the Ukrainian military that helped it attack the

Movska
, a key Russian battleship, and Russian generals, though the Pentagon has pushed back on the latter claim.

“We do not provide intelligence on the location of senior military leaders on the battlefield or participate in the targeting decisions of the Ukrainian military,” Kirby told reporters last week, and he also noted that “Ukrainians have, quite frankly, a lot more information than we do.”

The loss of the battleship and the apparent killings of a dozen Russian generals, which was reported by the
New York Times
last week citing unnamed Ukrainian officials, further demonstrated Ukraine’s ability to inflict damage against Russia’s military.

Gen. Mark Milley
, the chairman of the Joint Chiefs of Staff, described the intelligence-sharing between the two countries as “arguably” the “most successful intelligence operation in military history” during a House Armed Services Committee hearing on April 5.

The language the administration has used has also changed over the course of the war. President Joe Biden referred to Russian President Vladimir Putin as a war criminal and accused the Kremlin of engaging in war crimes and genocide, while he and others had been careful during the early stages to make such accusations.

Additionally, Defense Secretary Lloyd Austin acknowledged during his trip to Ukraine late last month that the Pentagon wants “to see Russia weakened to the degree that it can’t do the kinds of things that it has done in invading Ukraine,” he said. “So, it has already lost a lot of military capability and a lot of its troops, quite frankly. And we want to see them not have the capability to very quickly reproduce that capability.”