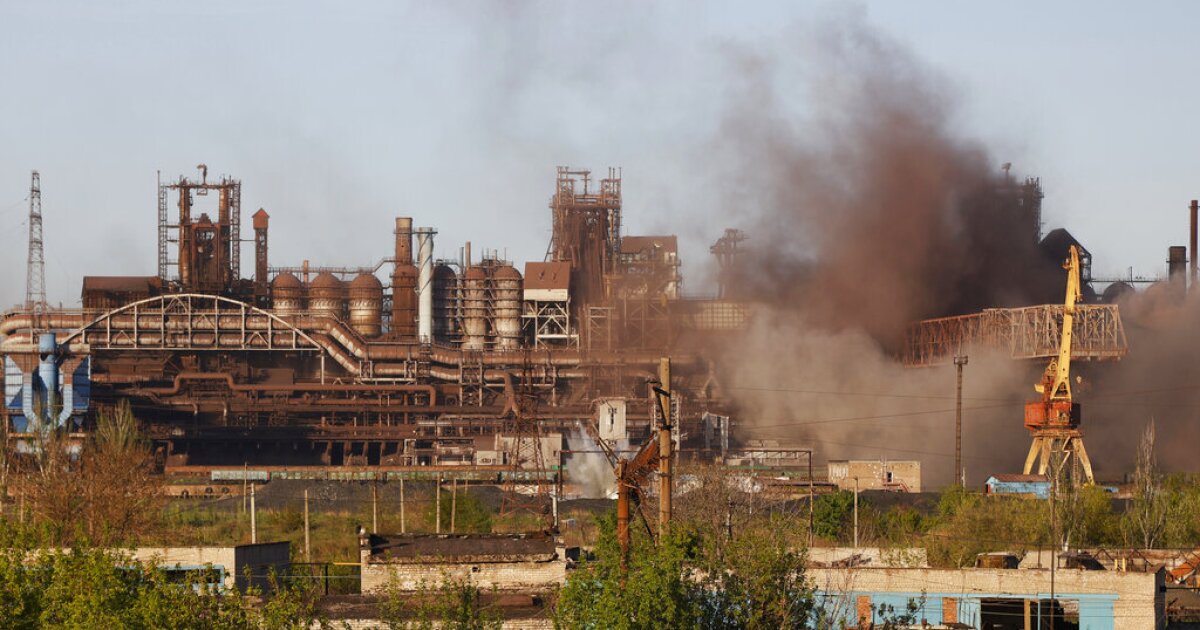 The 82-day siege of the Azovstal steel plant in Mariupol appears to be coming to an end after hundreds of Ukrainian troops were evacuated from the facility on Monday as the government of Ukraine works to evacuate the remaining defenders.

The 82-day siege of the Azovstal steel plant in Mariupol appears to be coming to an end after hundreds of Ukrainian troops were evacuated from the facility on Monday as the government of Ukraine works to evacuate the remaining defenders.

More than 260 Ukrainian troops were evacuated from the steel plant in southeastern Ukraine, including 53 seriously wounded men, according to the Ukrainian military. The troops were loaded onto Russian buses and sent to the Russian-controlled cities of Novoazovsk and Olenivka, where they will be held until a prisoner swap can be arranged, according to Ukraine’s deputy defense minister. The Azovstal steel plant was the last remaining Ukrainian garrison in Mariupol, which is now under complete Russian control.

“The ‘Mariupol’ garrison has fulfilled its combat mission,” the General Staff of Ukraine’s Armed Forces said in a statement on Monday.

“The supreme military command ordered the commanders of the units stationed at Azovstal to save the lives of the personnel,” the statement continued, adding that the “Mariupol defenders are heroes of our time. They are forever in history.”

“Maintaining their positions at Azovstal, they did not allow the opponent to shift the grouping of up to 17 battalion tactical groups (about 20,000 personnel) to other directions,” Ukraine’s general staff said.

“Forging the enemy’s core forces around Mariupol has given us the opportunity to prepare and create the defensive frontiers on which our troops are still present today and give a decent counterpoint to the aggressor. We got the critically needed time to build reserves, regroup forces, and get help from partners.”

It’s unclear how many Ukrainian troops remain inside the steel facility. About 600 were believed to be sheltered inside Azovstal before Monday’s evacuations.

Earlier this month, the Ukrainian government, with help from the United Nations and the Red Cross, evacuated women, children, and elderly civilians who were sheltering with Ukrainian troops inside the facility.

The Ukrainian military said on Monday that “measures to rescue defenders who remain in the territory of Azovstal, are ongoing,” adding that “the most important joint task of all Ukraine and the whole world is to save the lives of Mariupol defenders.”