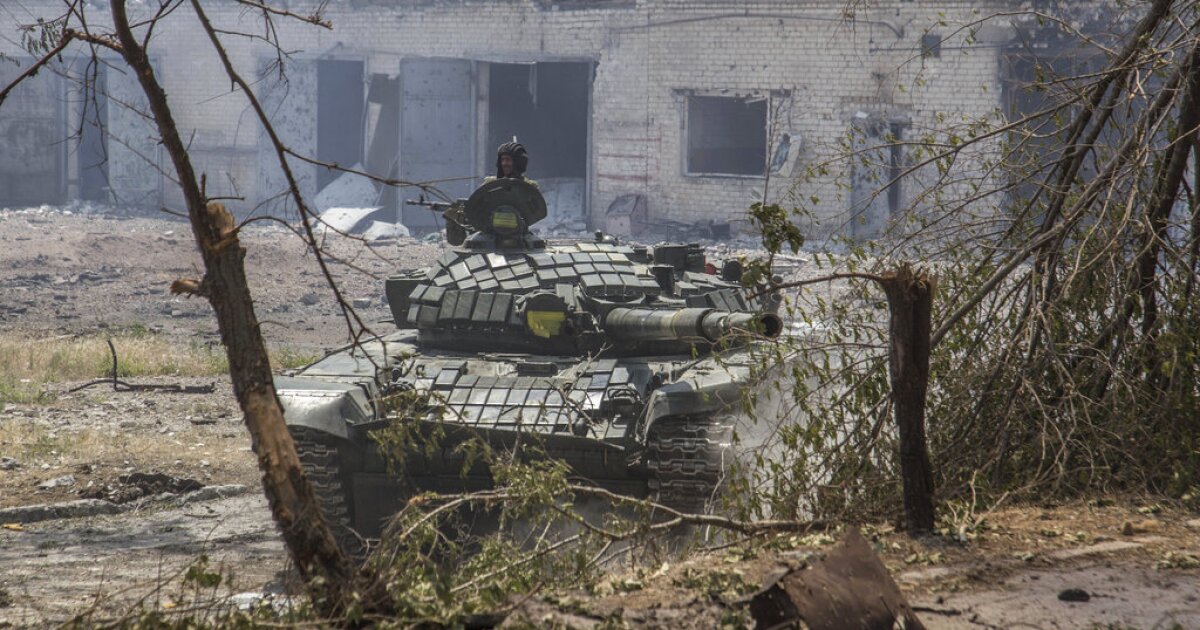 Ukraine has ordered the remainder of its troops to withdraw from Severodonetsk, a key eastern city, following weeks of Russian bombardment.

Ukraine has ordered the remainder of its troops to withdraw from Severodonetsk, a key eastern city, following weeks of Russian bombardment.

Severodonetsk, a city of approximately 100,000 people before the war, served as an administrative center for the Luhansk region and has been a focal point in the war for weeks.

“Unfortunately, we will have to withdraw our troops from Severodonetsk because it makes no sense to be in broken positions — the number of dead is growing,” Luhansk Gov. Serhiy Haidai said in a video message Friday.

The Defense Department believes Ukraine’s departure from the city was actually a “managed retrograde from that location,” a senior U.S. defense official told reporters on Friday

“So in moving their forces, in moving the Ukrainian armed forces, from Severodonetsk back, what they are doing is putting themselves in a position where they can better defend themselves,” the official added. “I think it’s important to reflect on the cost that Russia has paid for this very small, very incremental gain.”

Recent Russian advances heightened fears that Ukrainian troops could be surrounded and cut off after weeks of heavy street fighting and bombardments in the city.

A local commander said conditions demonstrated it no longer made sense to try to hold the city.

“The number of people killed will increase every day,” he told the New York Times. “It was decided that our defenders would retreat to new positions, fortified areas, and from there conduct hostilities and inflict damage on the enemy.”

Now, the Kremlin is one step closer to taking control of the Luhansk region.

“Ukrainian troops have succeeded for weeks in drawing substantial quantities of Russian personnel, weapons, and equipment into the area and have likely degraded Russian forces’ overall capabilities while preventing Russian forces from focusing on more advantageous axes of advance,” the Institute for the Study of War wrote Thursday.

The city’s infrastructure has been almost completely destroyed, with over 90% of houses sustaining damages, according to the BBC. Hundreds of civilians are believed to be holed up at the Azot chemical plant, seeking shelter in its underground bunkers, the United Kingdom’s Ministry of Defense said last Wednesday.

The war is in its fourth month, with little sign of a resolution. World leaders convening next week at the G-7 summit in Germany and the NATO summit in Spain are expected to discuss the war.