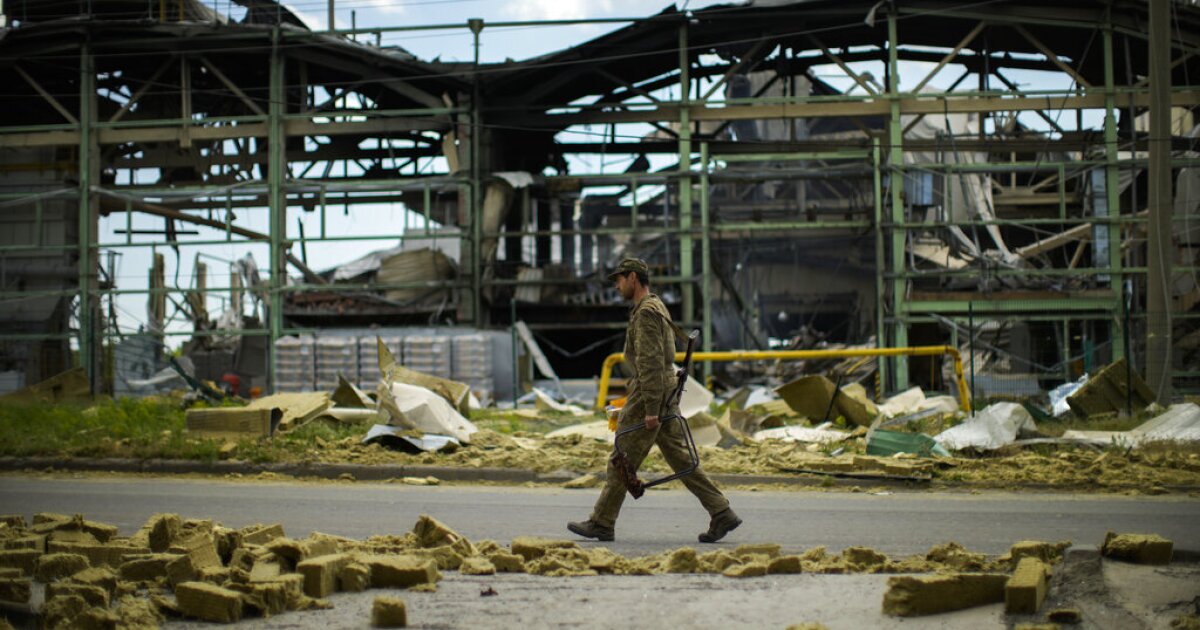 Residents of an eastern Ukrainian city under intense bombardment by Russian forces are sheltering under a chemical plant that may be storing dangerous substances, according to a Ukrainian official.

Residents of an eastern Ukrainian city under intense bombardment by Russian forces are sheltering under a chemical plant that may be storing dangerous substances, according to a Ukrainian official.

The Azot chemical plant in Severodonetsk is serving as a refuge for civilians as Russian troops enter the city that is now 70% controlled by Russia, according to the governor of the Luhansk province. While the governor noted to Reuters that the bunkers underneath the chemical plant were “strong Soviet-era” bomb shelters, he worried a Russian airstrike could set off any remaining chemicals being stored at the facility, as was the case on Tuesday.

“There are civilians there in bomb shelters, there are quite a few of them,” Serhiy Haidai, the head of Luhansk’s regional military administration, told Reuters on Wednesday.

Haidai added that the Azot plant is “privately-owned” and “we can’t know 100% if any chemicals are left.”

“We were assured that there were no [chemicals] left, but as we can see there are still some remnants,” he said, referring to an airstrike that blew up a tank filled with nitric acid at the facility on Tuesday.

UKRAINE ONE WIN AWAY FROM WORLD CUP AFTER DEFEATING SCOTLAND

Tuesday’s airstrike sent a cloud of toxic orange smoke billowing into the sky.

The situation at the Azot chemical plant may seem reminiscent of the standoff that took place at the Azovstal steel plant in Mariupol, where Ukrainian troops and civilians holed up for weeks as Russian forces bombed and attempted to storm the facility as they took control of the city, but Haidai said that type of scene will not play out in Severodonetsk.

“It will not be a second Azovstal as that had a huge underground city … which isn’t there at Azot,” he said.

Haidai added that the Ukrainian military did not install defensive fortifications at the Azot facility because of the chemical risk.

According to reports, Russian forces are on the verge of seizing Severodonetsk, the largest city in the northern Donbas region still under Ukrainian control, and Ukrainian troops have slowly been withdrawing from the city.

Haidai, however, vowed that Ukrainian forces will continue to defend Luhansk.

“We will defend the region to the last city, village, or resident of Luhansk region. We will do everything possible, and even the impossible, not to let the enemy advance further,” he said.