The Democratic Party's goal of cementing a permanent majority through demographic change and immigration policy is a case study of what happens when assumptions about the seriousness of the relationship are taken too far.

It is a cliche that politics makes strange bedfellows. People of wildly divergent views often snuggle up together in pursuit of common political goals. These coalitions tend to be inherently unstable, as they are usually tactical and short term in nature and not based on a common ideological/philosophical foundation. But sometimes these convenient hookups can begin to feel like more — sometimes the bedfellows come to believe they are in a committed relationship. They are almost always wrong.

The Democratic Party’s goal of cementing a permanent majority through demographic change and immigration policy is a case study of what happens when assumptions about the seriousness of the relationship are taken too far. A breakup is coming, but not all the bedfellows see it for what it is. I am talking in this case about the Democratic Party in particular, and the key bedfellows are:

Starting in the 1990s, clever Democrat strategists and consultants began to observe a demographic shift in America: the traditional white majority was beginning to lose ground, while minorities were gaining in population share. Furthermore, this trend would persist over time. They crunched the numbers and concluded that all they had to do was encourage the continued expansion of non-white demographic groups and they would cement an Emerging Democratic Majority for all time! If they had to toss their traditional white working-class supporters aside to get there, so be it.

So they went to work to open the flow of immigrants and refugees from every third-world country to tip the balance and cement permanent rule. Democrats have not hidden this.  Bill Clinton positively crowed in the 1990s about the fact that white Americans would become a minority within a few short generations. John Judis wrote the book linked above about this very thing.

One of the weakest links in the progressive worldview is a childlike belief that the world works in linear and static ways, that what is, will continue to be. When human nature produces results that differ from their expectations it always seems to catch them by surprise. This is one of the fundamental causes of what is a pattern of Democrat “overreach”, in which progressive policies come crashing down when they encounter a vibrant and dynamic reality. This is what appears to be happening to the Democratic Political Class on Immigration and demographics. They have hitched themselves to the demographic shift theory, and they cannot seem to imagine that their current assumptions will prove untrue.

On the other side of the bed lie woke progressives.  It is clear that the left actually wants to destroy America as it has existed for 250 years. We are the enemy. We are the problem to be solved. They love open borders as a key mechanism to erode white dominance and return our land to what they see as its rightful owners.

Much of the energy fueling this drive is provided by intersectionality and critical theory. Whites and white men in particular are the most evil of oppressors in this view, and any and all policies that reduce their numbers and influence are eagerly pursued. This isn’t a conspiracy theory. They say it all the time. Ask Robin D’Angelo. Because this supports the political goals of the Democratic Political Class, there is harmony in the bed on the subject of immigration and demographic change. 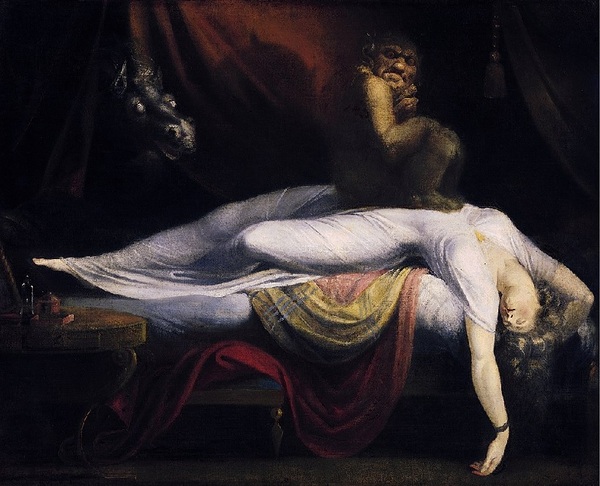 But outside of immigration there is trouble.  Insane Ideologues are not good at staying on message, and the same intersectionality and CRT that have energized their views on immigration have spun up a madness that has spilled out of the academy, impacting the lives of average Americans and potentially threatening the emerging coalition. The Democratic Political Class is starting to see the dangers of letting out-of-control maniacs run the party’s agenda.

Blacks and Hispanics have for decades been the most reliable demographic groups in the Democratic coalition. So much so that the Democratic Political Class don’t really pay much attention to them. They take them for granted, at most hurling accusations of Racism! and Xenophobia! at Republicans every election cycle to keep them in the bed.

There is no logical reason why this party loyalty should persist. Despite what the party establishments seem to think, neither Blacks nor Hispanics are fans of open borders. They worry as much — perhaps more — than their fellow citizens of paler hue about jobs being lost and culture being wrecked. They see the patent unfairness in a system that prioritizes illegal aliens over citizens.

By itself that would not have been enough to make them get up and leave the bed. Two factors have changed this. First, they really don’t like the Insane Woke Ideologues. It turns out many of them have no interest in gay or trans issues, and on social issues they tend to the more traditional side. They look at the lunatics with whom they are sharing a bed and are getting a little scared. Second, we must account for the impact of Donald Trump. His over-the-top style, bluntness, and unnuanced emphasis on what matters and why have attracted the attention and approval of Blacks and Hispanics at unprecedented rates. Trump forced open the door, and the Insane Woke Ideologues are chasing minorities through from the other side.

So there sit our uneasy bedfellows. If the Emerging Democratic Majority is to be real, they all must remain in the bed. What to do?

This coalition cannot sustain without significant effort, and the tool of choice to herd the Preferred Groups back into the fold is to scare them into staying put. Today we see that strategy playing out in real times. Democratic politicians and consultants are busy crafting visions of bogeymen waiting under the bed to devour anyone who dares to set a foot on the floor. “Replacement Theory” is the name of the latest monster they have created. It may as well be “Racism,” “White Supremacy,” “Voter Suppression,” “Xenophobia,” or a dozen other scurrilous epithets. Anyone who deviates from the preferred vision of immigration and demographic change is by their definition a racist. What minority citizen would want to sign up for that?

I don’t think this strategy will work. Emergent reality is not lining up with the vision of the Emerging Democratic Majority. People are changing their opinions and their loyalties in ways not anticipated. We can and should facilitate this process by letting all of our fellow citizens know that there is an alternative political home for those who value secure borders and immigration fairness, who respect traditional sexual mores, who seek to work hard, support their families and make their lives just a bit better a day at a time.