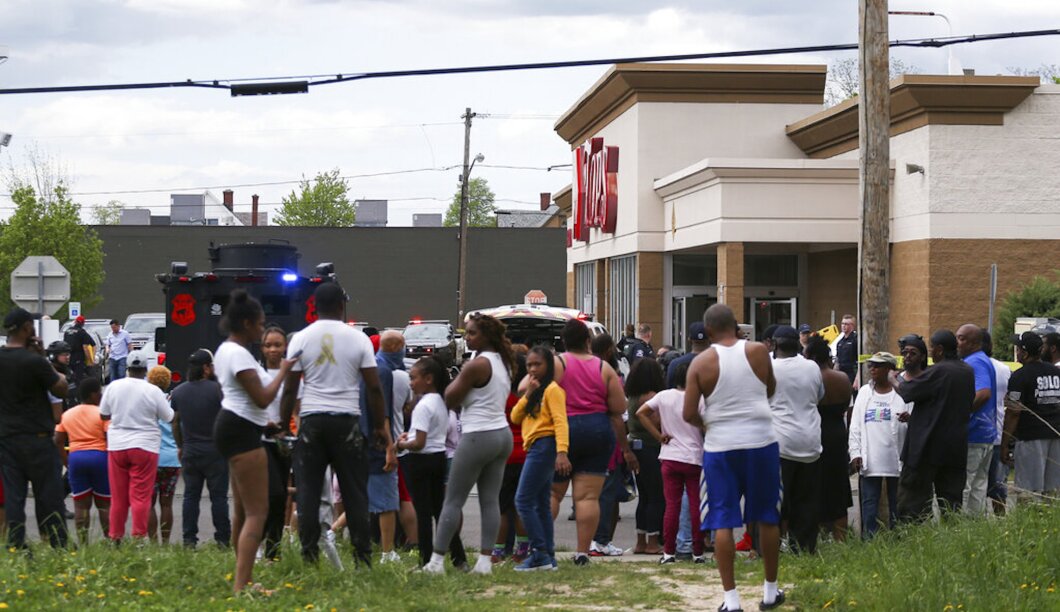 A shooter in Buffalo, New York, killed 10 and wounded three inside a grocery store Saturday.

A shooter in Buffalo, New York, killed 10 and wounded three inside a grocery store Saturday.

Police identified the suspect as 18-year-old Payton Gendron, a white male who drove from “hours away” to wreak havoc in a predominantly black neighborhood. Gendron reportedly entered Tops Friendly Market at about 2:30 p.m. before beginning his rampage. Authorities said at a press conference Saturday afternoon that police had the man in custody approximately an hour later. They also said that the “racially motivated” massacre would be investigated as a hate crime.

“We are investigating this incident as both a hate crime and a case of racially motivated violent extremism,” Stephen Belongia, the special agent in charge of the FBI’s Buffalo field office, told reporters at Saturday’s press briefing.

“We will not stop until every lead is investigated,” Jeremy Bell, a special agent in the FBI Buffalo office, added.

Reached for comment by the Washington Examiner, an official with the FBI said the bureau was “assisting in this investigation,” though they could not add more due to the ongoing nature of the probe.

Attorney General Merrick Garland said in a statement that, the Justice Department was “investigating this matter as a hate crime and an act of racially-motivated violent extremism.” He added that the department was “committed to conducting a thorough and expeditious investigation into this shooting and to seeking justice for these innocent victims.”

Buffalo Police Commissioner Joseph Gramaglia confirmed that Gendron was wearing tactical gear and a helmet during the alleged massacre, shielding him from return fire. Of those shot, 11 of the victims were black and two were white. Four were store employees. One retired police officer working as a security guard managed to fire back at the suspect. However, Gendron was protected by his gear and reportedly shot the man dead. Officials said that the gunman held his own rifle to his neck when confronted by authorities before finally turning himself in.

Gramaglia revealed that the 18-year-old suspect, who was not previously known to police, also used a camera to livestream the shooting, where two rifles were recovered from the scene.

“I am closely monitoring the shooting at a grocery store in Buffalo,” New York Gov. Kathy Hochul tweeted as news of the massacre emerged. “We have offered assistance to local officials. If you are in Buffalo, please avoid the area and follow guidance from law enforcement and local officials.”

Buffalo happens to be the governor’s hometown.

“A horrible day in the history our community,” Erie County Executive Mark Poloncarz tweeted. “Like too many communities in our nation, we’ve been impacted by the horror or a mass shooting. My thoughts are about the deceased and with their families at this terrible time.”

Officials at the press conference told reporters that investigators had been in contact with the Bureau of Alcohol, Tobacco, Firearms and Explosives, the White House, and New York Attorney General Letitia James.