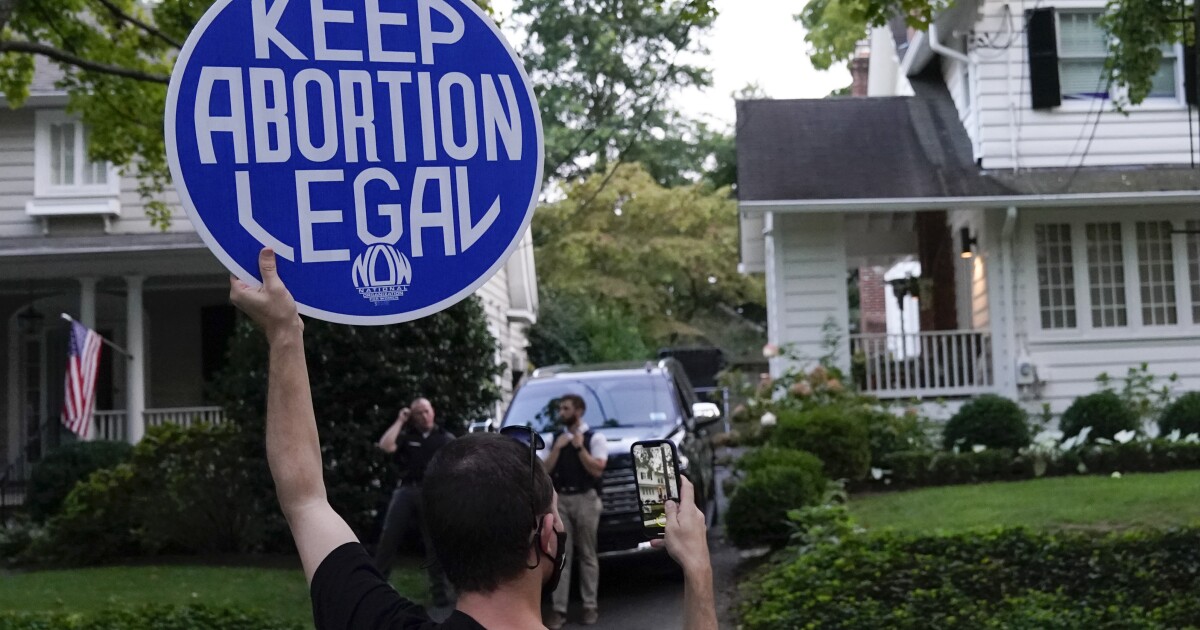 The U.S. Marshals Service is providing "around-the-clock security" at the homes of all nine Supreme Court justices, according to the Justice Department.

The U.S. Marshals Service is providing “around-the-clock security” at the homes of all nine Supreme Court justices, according to the Justice Department.

Attorney General Merrick Garland called on the USMS to guard and protect the homes of high court justices in the wake of recent protests after the leak of a draft opinion signaling the reversal of Roe v. Wade, which would allow individual states to determine laws regarding fetal viability.

“At the Attorney General’s direction, the U.S. Marshals Service accelerated the provision of around-the-clock security at the homes of all Justices, among other actions, last week,” a Justice Department press readout says.

DHS PREPARING FOR ‘INCREASE’ IN VIOLENCE OVER ABORTION RULING: REPORT

Garland decried a recent “rise of violence and unlawful threats of violence” directed at public servants, saying they are “unacceptable and dangerous to our democracy.”

The Justice Department also discussed plans to “enhance coordination, intelligence sharing, and technical support as it relates to judicial security” in the coming weeks and months following protests earlier this month outside the homes of several Republican-appointed Supreme Court justices.

Garland’s orders succeeded reports earlier in the day of a declassified Department of Homeland Security memo dated May 13 warning of an “increase” in political violence if and when the Supreme Court returns a ruling similar to the draft opinion leaked May 2.

DHS declined to answer questions about the validity of the memo obtained by Axios but told the Washington Examiner that it “is committed to protecting Americans’ freedom of speech and other civil rights and civil liberties, including the right to peacefully protest.”

Earlier this month, fencing was placed around the Supreme Court in response to the leaked draft opinion. A decision in the case, Dobbs v. Jackson Women’s Health Organization, is expected before the end of the court’s term, in late June or July.