Murder is not generally a federal crime but can be used as an unindicted predicate offense in a RICO action.

Use RICO to get to the bottom of Seth Rich’s Murder – American Thinker<!—->

The murder of Seth Rich has been a topic of conspiracy theorists since the 2016 election.  Rich was a young programmer working for the Democratic National Committee (DNC) in D.C.  Rich supported Berne Sanders.  The DNC was sandbagging Berne Sanders in favor of Hillary Clinton.  Unknown Assailants shot and killed Rich in July 2016.  The robbers took nothing.  Despite no theft, the DC Metro Police attributed this murder to a random street robbery gone wrong. 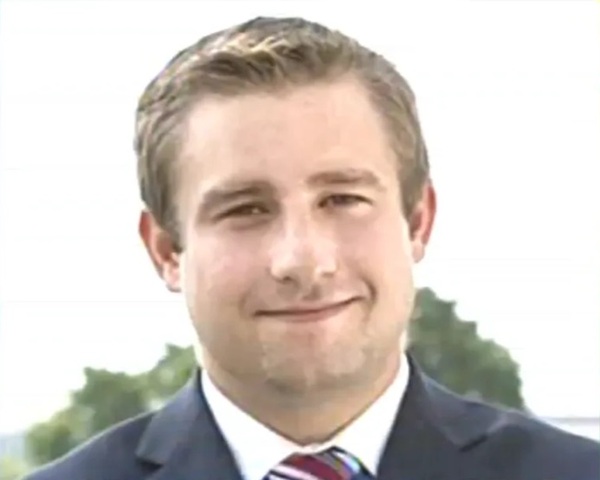 Wikileaks published damaging confidential DNC emails in June and July of 2016.  Political pundits, campaign operatives, including major news media, elected officials, Big Tech, Deep State operatives, and others, said the DNC cyber-attack was a product of the Russian Collusion before and after the 2016 election.

Julian Assange, the founder of Wikileaks, denied his source was the Russians.  Assange gave this intriguing statement implying Rich might be his source, “I’m suggesting that our sources take risks . . . and they become concerned to see things occurring like that.”  Wikileaks offered a $20,000 reward for information related to Rich’s murder.

Crooks will lie and can’t keep their stories straight “. . . When more money is involved, the white-collar perps are more adept at concealing, covering up their sins, and hiding where the money went.”  In political corruption investigations, the rules are to follow the money, Honey, Cui Bono – who benefits, who is credible, and who makes provable false statements.

The way to get to the bottom of the crimes related to Seth Rich’s murder is to invoke the Racketeer Influenced and Corrupt Organizations (RICO) Act.

The Dem-media cabal gaslighted any who would question their DNC cyber-attack narrative, one of many lies that expose what Kash Patel called is a joint venture criminal conspiracy (a RICO offense).  The conspiracy involved a group of people acting alone or in concert with others to commit crimes with a common purpose against the People of the United States, “including a coup of sitting President.  Using illegal usurpation of power, treason, mutiny, bribery, frauds, thefts of public funds, cover-ups, and obstruction of justice. . .”

The Russian Collusion narrative was destroyed in the trial of DNC Attorney Michael Sussman. It was a disinformation product paid for by the Clinton Campaign, released with a wink and nod to the FBI and the CIA.  Robby Mook testified that Hillary Clinton personally approved the release of the disinformation.   Charles Lipson wrote, “The Sussmann trial, like all modern political scandals, is part of a three-ring circus, showcasing sleazy political enablers, malfeasance by public officials, and biased reporting.  In this circus of deceit, the public has to walk behind the elephants with a huge shovel.”

Establishing attribution of a cyber-attack to a foreign state actor or their operatives with any certainty is problematic at best.  These actors have sophisticated tools that can spoof and shift attribution to another entity.  Moreover, the Russians wouldn’t be so careless as to leave digital fingerprints unless intended.

Yet, in the joint release on Oct. 7, by the Department of Homeland Security (Jeh Johnson) and the Office of the Director of National Intelligence (James Clapper) approved by and encouraged by Obama .”. . . was ‘confident that the Russian Government directed the recent compromises of emails,” according to The Epoch Times.

The DNC refused to give the FBI physical access to their servers.  Why?  Instead, CrowdStrike was hired by the DNC do the forensic investigation of the servers.   The FBI did not have the DNC server disk images from CrowdStrike until two weeks after the DHS ODNI press release.  How can attribution to the Russians be made with confidence before the FBI even had the disk images?  NSA/CIA?

CrowdStrike installed counter-intrusion tools on the DNC servers on May 1, 2016.  They said there were no intrusions after this date.  Yet, Special Counsel Robert Mueller says the DNC emails were stolen around May 25 to June 1, 2016.  Can they not keep their stories straight?

CrowdStrike sent a report to the FBI.  The FBI agent who reviewed the report “. . . called it ‘heavily redacted,’ . . . FBI Assistant Director James Trainor was so frustrated with the redactions that ‘he doubted its completeness because he knew that outside counsel had reviewed it.’”  The Epoch Times said, “The ‘outside counsel’ . . . was all but certainly [Michael] Sussmann, who served as the DNC’s point of contact for all intrusion-related matters.” It is obvious from the trial Sussman misled the FBI, albeit the FBI was probably a willing stooge.

CrowdStrike did not attribute the DNC cyber-attack to the Russians “[It] didn’t have concrete evidence that emails had been stolen from the DNC. . . We have indicators that data was exfiltrated.” What does this mean?  CrowdStrike found evidence that data was moved on the servers.  However, they cannot say the data was removed from the server.    It is then possible the data was moved and then removed from the server by someone with physical/credential access to a portable drive — in direct conflict with the DHS ODNI press release.  Seth Rich?

The FBI disavowed any knowledge of Rich’s murder.  The FBI later admitted it had files on the murder after much teeth pulling by Judicial Watch and attorney Ty Clevenger.  More importantly, the FBI admitted it had Rich’s laptop.  Why? What is the FBI hiding?

The Rich family initially believed Seth Rich and his brother, Arron, were involved with the emails.  The Rich family made an abrupt 180 shortly after FOX News began to cover this story.  See the reporting by Jack Cashell here and here.  Witness tampering?

Victor Davis Hanson writes that the members of the cabal are blatant liars.  CIA Director John Brennan and Director of National Intelligence James Clapper have both lied under oath to Congress.  Former FBI Director James Comey and deputy director Andrew McCabe lied too.  Both knowingly lied by omission and suborned perjury in signing the FBI FISA warrant applications.

The Intel community is hot to have Assange extradited to the US.  Why?  My speculation is another suicide ala Jeffrey Epstein.  If Rich was Assange’s source for the DNC leak, he was a direct threat to the cabal possibly leading to his murder.  Rich could expose the Russian Collusion narrative as the hoax from the beginning.  Glenn Greenwald said, “The Assange persecution is the greatest threat to Western press freedoms in years.”

The cabal politically weaponized and subverted the DOJ, the DHS, the Department of State, and related agencies, including the FBI, the CIA, and the DNI.   The FBI, as of late, has gone full Stasi against conservative critics, flagrantly violating their civil rights, according to Tucker Carlson, including the raid on Project Veritas (jurisdiction?) Why?

In my opinion, there is overwhelming probable cause, to begin an investigation into the Rich murder* and other serious felonies under the mandate of Special Prosecutor John Durham.  Murder has no statute of limitations. The investigation of the Rich murder can be used to sweat the perps to come clean and rat out the others in the crimes they committed (RICO).

There must be accountability for those who aided or abetted this conspiracy.  A two-tier system of justice makes a mockery of the principles of our justice system – equal justice for all, no one is above the law, and the rule of law and not men.

To do otherwise will continue the descent of our Constitutional Republic into a totalitarian Banana Republic and surrender to the agenda of the Marxist New World Order.

* Note:  Murder is not generally a federal crime but can be used as an unindicted predicate offense in a RICO action.