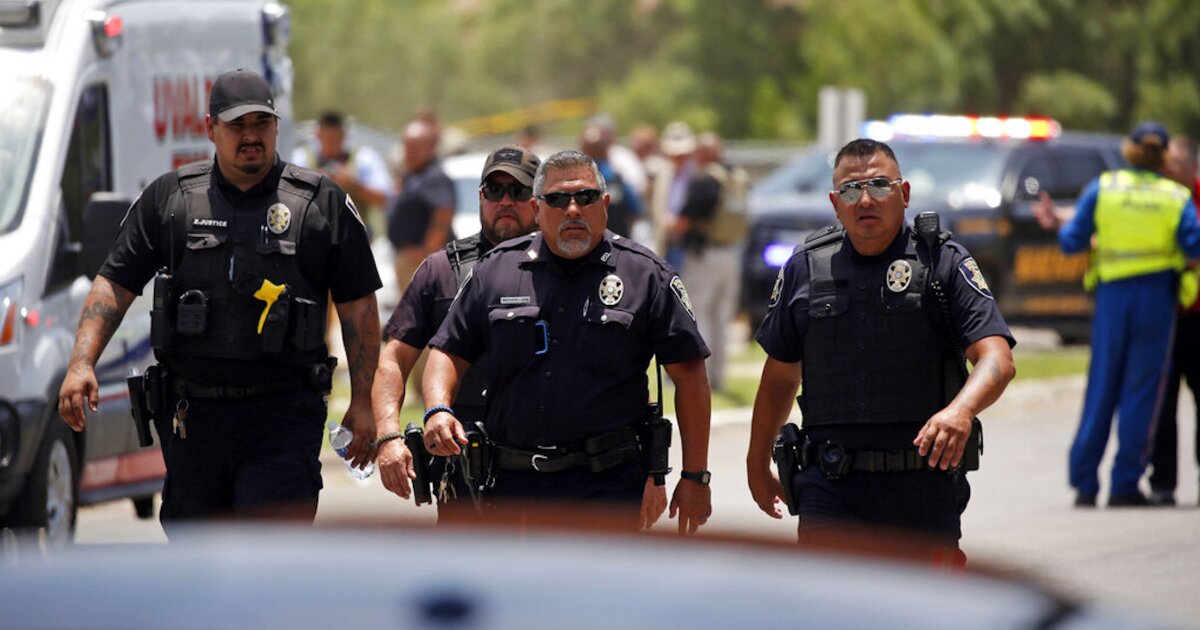 A report published Friday offered new details about the law enforcement response to the school shooting in Uvalde, Texas, last month that killed 21 people, including 19 children, and injured 17 others.

A report published Friday offered new details about the law enforcement response to the school shooting in Uvalde, Texas, last month that killed 21 people, including 19 children, and injured 17 others.

Perhaps most striking among the revelations was that an officer passed up an opportunity to shoot the gunman as he approached Robb Elementary School for fear of hitting a child, a senior sheriff’s deputy who spoke to the officer told the New York Times.

“I’m not bashing him or anything. I get it,” said Chief Deputy Sheriff Ricardo Rios of neighboring Zavala County. “The ranger who took my statement even said, ‘It’s come to the point where we’re second-guessing ourselves shooting somebody because we’re scared. Every bullet has our names.'”

Rios, who responded to the violence in his own county, said he was told two Uvalde officers engaged with the shooter outside the building, a different version of events than what other officials have presented — that the gunman had fired at a nearby funeral.

Calls to 911 were placed after a truck was seen crashing near the school on the morning of May 24. In one of the first reports, the dispatcher was told children were running as gunfire erupted outside, though it was not clear whether the children were in the line of fire in those first minutes. Rios said the two officers, one with a long gun, took cover behind a patrol car, and although they wanted to return fire, the pair opted not to.

This would appear to be the second time police missed an opportunity to take out the gunman before killing 19 children and two teachers in the school. Officials have said an officer drove past the shooter while he was in the parking lot but did not see him.

Multiple investigations reaching up to the federal and state levels into the shooting and the police response are underway, including reviews of what took law enforcement so long to stop the gunman. As noted in the report, an hour and 17 minutes elapsed between the gunman opening fire in the classroom and law enforcement bursting into the room to kill the gunman, identified as 18-year-old Salvador Ramos.

The chief of the school district police, Pete Arredondo, has been widely blamed for the delay in confronting the gunman, as it was understood that he was the incident commander during the massacre. However, he has told the Texas Tribune that he assumed some other officer had taken command of the larger response.