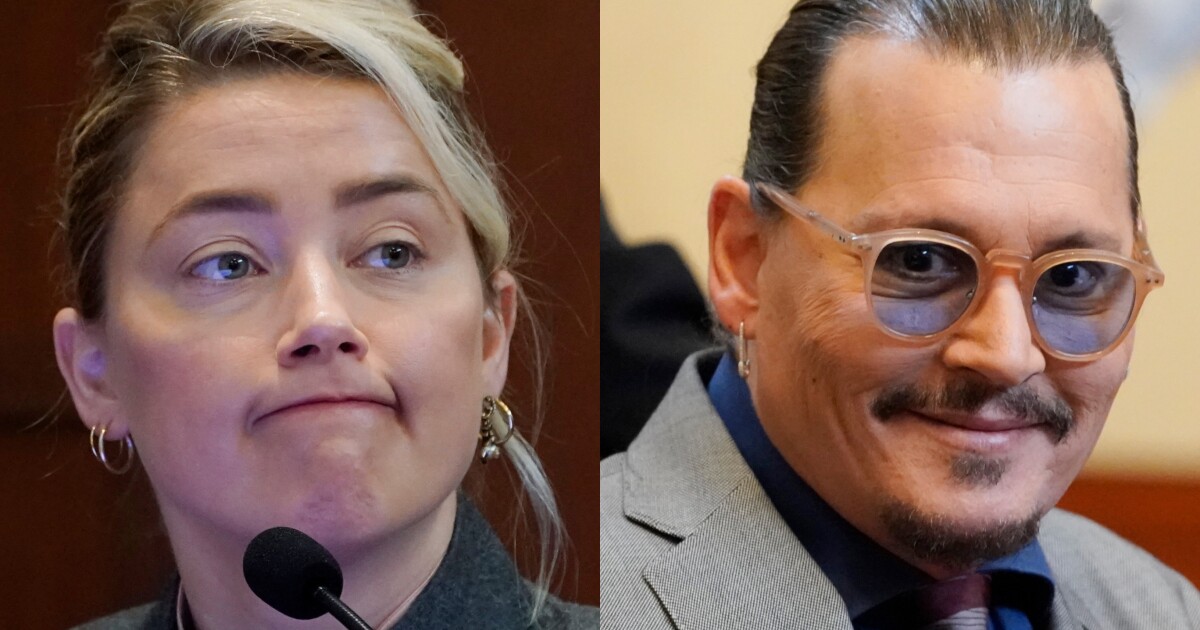 After a weeklong hiatus due to a pre-scheduled judicial conference, Johnny Depp's defamation suit against actress and ex-wife Amber Heard resumed Monday. Heard's testimony started the week, with her explaining that the relationship had evolved into near-constant violence.

After a weeklong hiatus due to a pre-scheduled judicial conference, Johnny Depp‘s defamation suit against actress and ex-wife Amber Heard resumed Monday. Heard’s testimony started the week, with her explaining that the relationship had evolved into near-constant violence.

Taking the stand once again to be questioned further by her attorney, Heard claimed, “Unfortunately, the violence became almost normal, especially towards the end.”

Asked about returning to her home in Australia, the site of alleged abuse and a fight that left Depp with a severed finger, Heard said, “Johnny was my home, where we were a couple [was] my home, and that home was often really violent.” She explained that the house wasn’t the problem and noted that domestic violence victims sometimes remain in their houses despite having been subject to abuse in them.

A recording was later played for the jury, in which Depp and Heard can be heard arguing, allegedly in a dispute over filming each other without permission. “You ain’t nobody’s f***ing mom. You ain’t no schoolteacher. Don’t pretend to be f***ing authoritative with me. You don’t f***ing exist,” Depp yells at the actress in the recording.

Heard explained that they had begun recording each other without consent more often as the relationship continued to deteriorate.

The Aquaman actress then recounted an incident from 2016 on her 30th birthday. She told the court Depp missed the birthday festivities and that later that evening, after he returned home, the actor initiated an argument. After a verbal sparring match, Heard said Depp picked up a large bottle of champagne “and hurled it at me.”

Heard said the bottle ended up ripping a hole in the canvas of a painting she loved, prompting her to consider removing all art from the bedroom. When she said she wanted to stay elsewhere, he allegedly attacked her. “Next thing I know he has me by the hair and he pulls me down, kind of, I hit the side of the desk,” she said, describing the altercation.

Later, Heard said he “held me down by the shoulders” on the bed, then “grabbed me by the pubic bone” and asked if she thought she was tough or wanted to be a man.

Following the dramatic evening, Depp said “Happy f***ing birthday!” and stormed out, according to the actress.

Images were then shown to the court of what appeared to be Heard with a bruise on one cheek. “This is my face after Johnny threw a phone at it,” she said.

She later explained how she covered her bruises to the jury. Heard made a point of noting that she did not, in fact, use the exact makeup compact that her attorney had shown during opening statements, instead using one similar to it.

Last month, social media slammed Heard and her lawyers for claiming she carried the Milani Cosmetics Conceal + Perfect All-in-One Correcting Kit during her relationship with Depp, pointing out that the compact was only released in 2017 — after the relationship had already ended. The company even posted a video confirming the release date.

Describing her decision to go through with filing for divorce from the actor in 2016, Heard said, “I knew I had to leave him. I knew I wouldn’t survive if I didn’t.” She told the court she loved him “so much” but that she had to do it.

“The violence was now normal and not the exception,” she added.