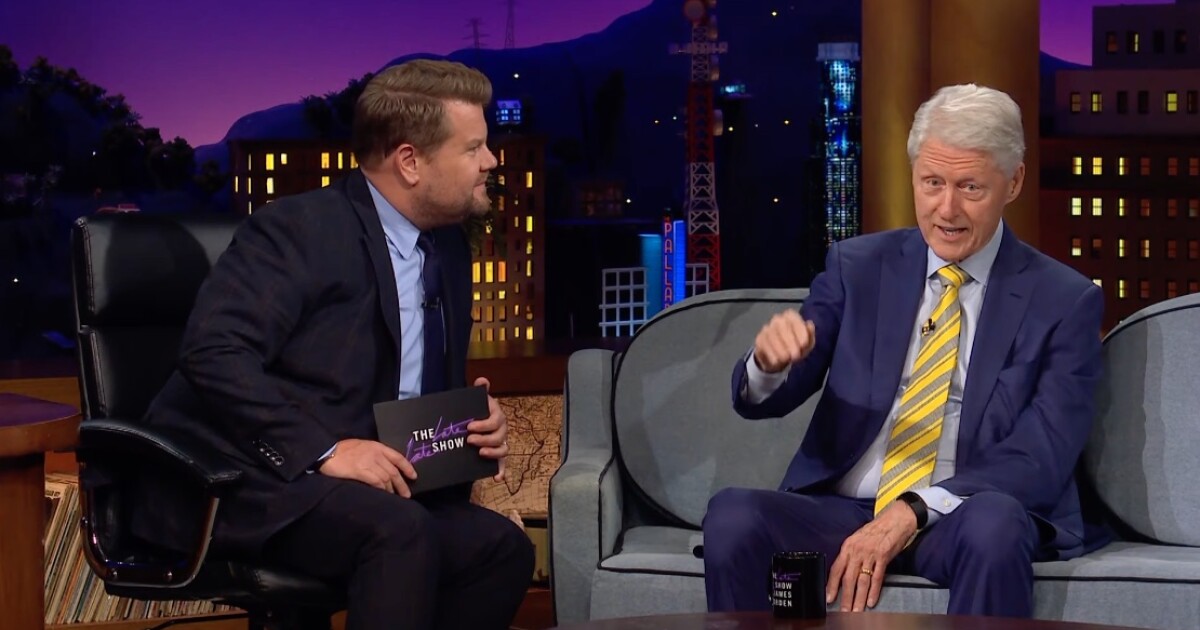 The United States may cease to be a constitutional democracy if the country becomes more polarized, warned former President Bill Clinton on Wednesday.

The United States may cease to be a constitutional democracy if the country becomes more polarized, warned former President Bill Clinton on Wednesday.

In a guest appearance on the Late Late Show with James Corden, Clinton said he was not always optimistic about the future of the nation but said citizens should not respond to hatred with more hatred.

“I actually think there is a fair chance we could completely lose our constitutional democracy for a couple of decades if we make bad decisions,” Clinton said on CBS. “I am not naive about this. I have been in a lot of fights. I have lost some and won a bunch. I have been elated and heartbroken. But I have never before been as worried about the structure of our democratic form of government. So far, every time we were faced with our own undoing, our conscience kicked in and we stepped away from the brink. And that is kind of what I think will happen here, but I don’t know when or how.”

The results of a Yahoo News/YouGov poll released Wednesday showed that nearly half of the country, including when examining Republicans and Democrats alone, believe the U.S. might not be a democracy in the future.

People should start talking to each other again, Clinton added, and should attempt to understand opposing viewpoints.

“Don’t assume that when you see someone like [National Rifle Association CEO Wayne] LaPierre screaming on television that everybody who is on that side is like that,” Clinton told Corden. “Instead of telling them that they are dumb if they don’t agree with you, ask for their help. We need to just talk to each other again.”