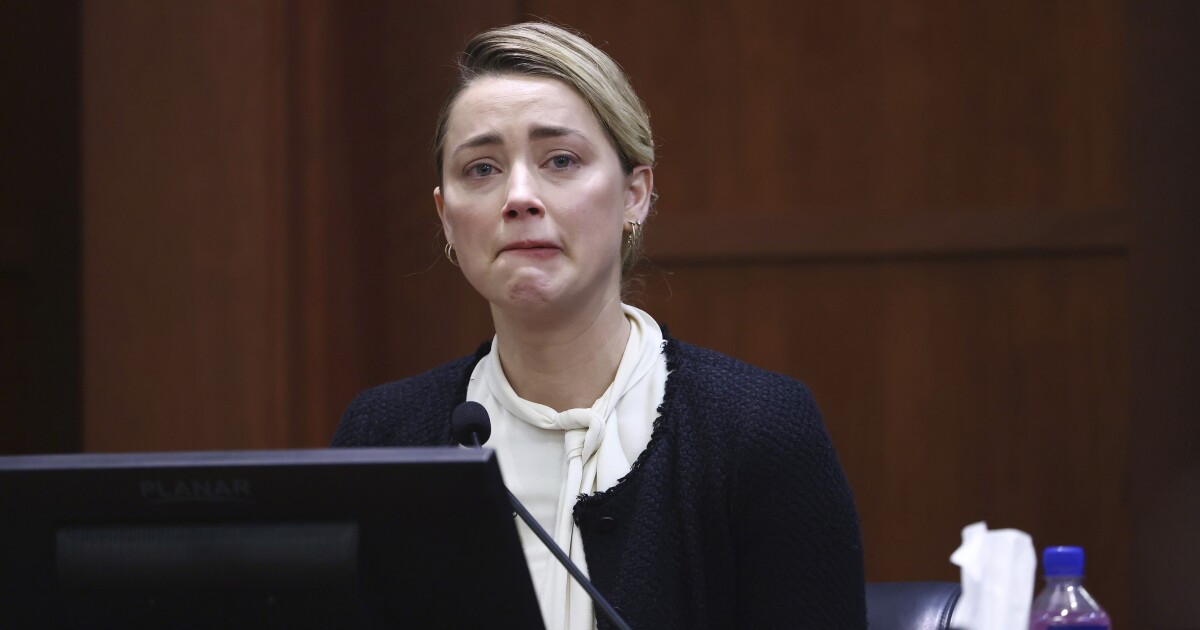 After a weeklong recess in the defamation trial between celebrity exes Johnny Depp and Amber Heard, the jury has had plenty of time to consider the actress's testimony — but not her cross-examination by Depp's lawyers, which hasn't happened yet. One consultant says this could be good for her.

After a weeklong recess in the defamation trial between celebrity exes Johnny Depp and Amber Heard, the jury has had plenty of time to consider the actress’s testimony — but not her cross-examination by Depp’s lawyers, which hasn’t happened yet. One consultant says this could be good for her.

Before the trial left off, Heard detailed a history of abuse she alleges endured during the first three years of the relationship with Depp. On May 5, the last day of the trial, Heard claimed she hit the Pirates of the Caribbean star for the first time in an attempt to protect her sister.

Jury consultant Dr. Jeffrey T. Frederick, who has been in the business of jury research since 1975 and has his own consulting firm headquartered in Virginia, where the trial happens to be taking place, explained that the timing of the recess, which was predetermined due to a judicial conference, could actually work in Heard’s favor.

“The break would likely be more favorable to Amber Heard provided the jurors have not already made up their minds against her,” Frederick told the Washington Examiner. “She was under direct examination by her attorney, who is building her case and getting out information favorable to Ms. Heard.”

Online, however, people seemed to have made up their minds about the Aquaman actress. A Change.org petition to remove her from the sequel of the Aquaman film has reached over 4 million signatures as of this report. That’s more signatures than eight of the top 10 petitions from 2021.

Another petition, with over 800,000 signatures, seeks to reinstate Depp as Captain Jack Sparrow in the Pirates of the Caribbean film series. The actor testified during the trial that he would never reprise the role, however.

The trial will continue Monday at 9 a.m. While the trial days will remain Monday through Thursday, an exception will be made May 27 for closing arguments.