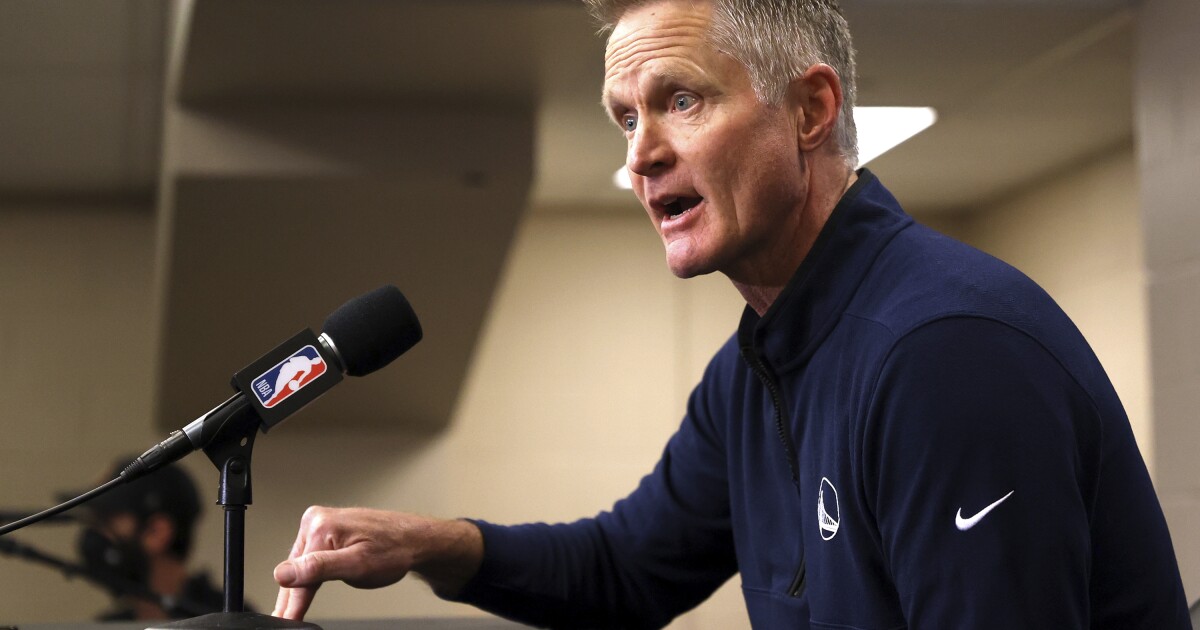 Golden State Warriors coach Steve Kerr shook with anger as he addressed the media ahead of the NBA Western Conference finals game between his club and the Dallas Mavericks.

Golden State Warriors coach Steve Kerr shook with anger as he addressed the media ahead of the NBA Western Conference finals game between his club and the Dallas Mavericks.

News of the elementary school shooting in Uvalde, Texas, Tuesday spurred Kerr to lay aside basketball and speak out against gun violence.

“When are we going to do something?” Kerr asked. “I’m tired, I’m so tired of getting up here and offering condolences to the devastated families that are out there. I’m tired of the moments of silence. Enough.”

Kerr detailed other recent shootings, including those at a Buffalo, New York, grocery store and a Southern California church, and blasted the U.S. Senate for playing politics with gun control reform.

“There’s 50 senators, right now, who refuse to vote on H.R. 8, which is a background check rule that the House passed a couple of years ago,” Kerr said. “It’s been sitting there for two years. And there’s a reason they won’t vote on it: To hold on to power.”

HERE’S WHAT WE KNOW ABOUT THE VICTIMS OF THE SCHOOL SHOOTING IN UVALDE, TEXAS

“So I ask you, Mitch McConnell. I ask all of you senators who refuse to do anything about the violence and school shootings and supermarket shootings, I ask you: Are you going to put your own desire for power ahead of the lives of our children, and our elderly, and our churchgoers?” Kerr continued. “Because that’s what it looks like.”

The Bipartisan Background Checks Act of 2021, which Kerr referred to, passed the House of Representatives on March 11, 2021. It was read for the first time Tuesday and placed on the Senate Legislative Calendar.

While appearing to hold back tears, Kerr implored those listening not to “get numb to this.”

“You realize that 90% of Americans, regardless of political party, want background checks, universal background checks?” Kerr added while slamming his hand on the table and calling once again for the U.S. Senate to vote on H.R. 8.

“It’s pathetic. I’ve had enough,” Kerr said before getting up and leaving the press conference.

At least 21 people, including 19 children and two teachers, died in the Texas elementary school shooting Tuesday. The shooter was also killed on the scene by law enforcement officials.