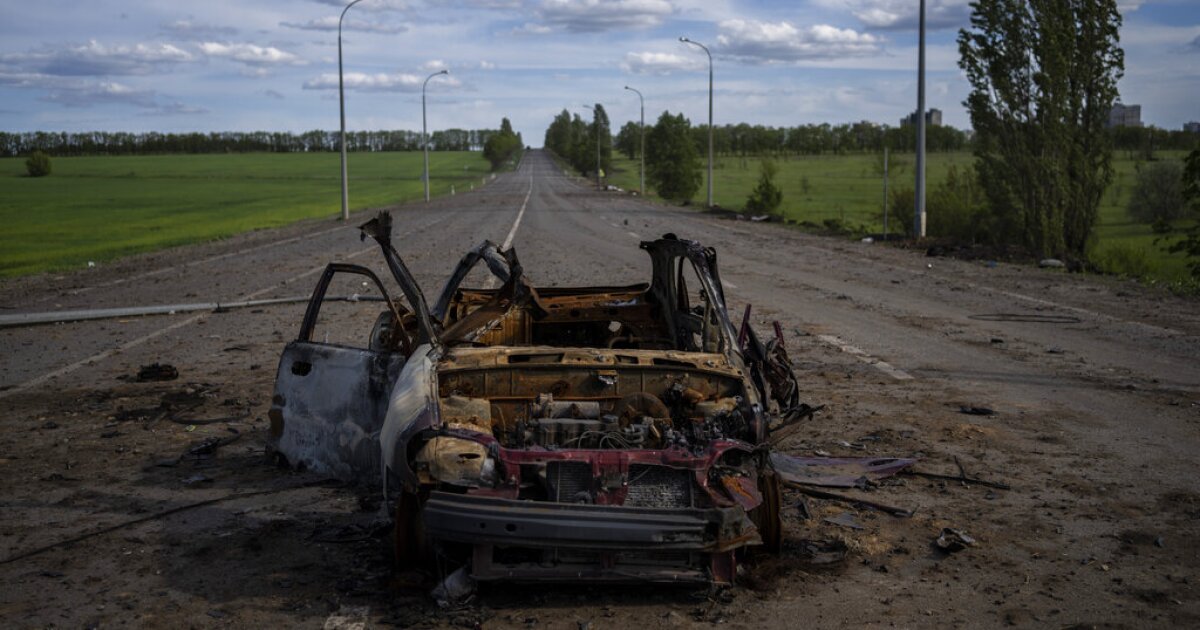 A journalist shared harrowing footage of what it's like driving on the roads of an active combat zone in eastern Ukraine.

A journalist shared harrowing footage of what it’s like driving on the roads of an active combat zone in eastern Ukraine.

Aris Messinis, chief photographer for Agence France-Presse in Greece, shared footage on social media Monday of a ride he took in the Donbas region as artillery rounds rained down from above. At least two explosions can be seen and heard as Messinis’s vehicle races along the roadway in the Ukrainian countryside, dodging barriers and disabled vehicles at a high rate of speed.

ONE CITY STANDS IN THE WAY OF RUSSIAN CONTROL OF EASTERN UKRAINIAN PROVINCE: UK

The word “press” appears to be written in large white print on the hood of the vehicle, but that doesn’t seem to deter whoever is firing the artillery in Messinis’s direction.

When the vehicle finally comes to a stop, the veteran photographer runs up to a berm along the side of the road to take cover as three more shells whistle in the air and crash down near Messinis.

Near the end of the video clip, a camouflaged soldier with a Kalashnikov rifle by his side can be seen lying in a trench, seemingly in shock from the blasts.

Messinis clarified on Twitter that the armed man at the end of the video was not traveling in the vehicle marked “press.”

Russian forces are attempting to encircle several cities in the Donbas region, increasing the intensity of combat operations and concentrating artillery units in the region, the British Ministry of Defense said on Tuesday.