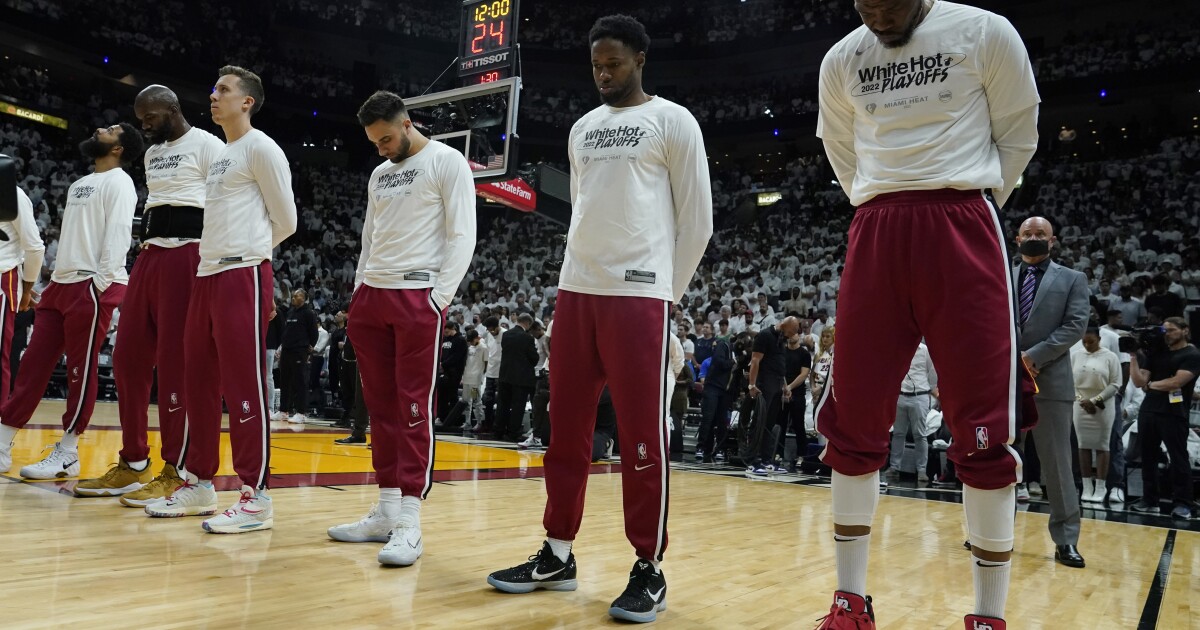 The public address announcer for the Miami Heat called on fans to demand "commonsense gun laws" from state senators during Wednesday's Game 5 of the Eastern Conference finals.

The public address announcer for the Miami Heat called on fans to demand “commonsense gun laws” from state senators during Wednesday’s Game 5 of the Eastern Conference finals.

Speaking on behalf of the Heat, the Boston Celtics, and the NBA, Michael Baiamonte made the announcement a day after the Uvalde school shooting, in which a gunman murdered 21 people, including 19 elementary school students.

“The Heat organization, the Boston Celtics, and NBA family also mourn those who lost their lives in the senseless shooting that took place yesterday at Robb Elementary School in Uvalde, Texas,” Baiamonte said.

“Our thoughts are with the victims, their families and friends, and the entire Robb Elementary School and Uvalde community,” he said.

Following a moment of silence, Baiamonte said to fans: “The Heat urges you to contact your state’s senators by calling 202-224-3121 to leave a message demanding their support for commonsense gun laws. You can also make change at the ballot box.”

“I ask you, Mitch McConnell, I ask all of you senators who refuse to do anything about the violence and school shootings and supermarket shootings,” Kerr said at a pregame press conference for Game 4 of the Western Conference finals.

“I ask you: Are you going to put your own desire for power ahead of the lives of our children and our elderly and our churchgoers?” he said. “Because that’s what it looks like.”