If we're supposedly racist, then why aren't we taking issue with Tucker Carlson advocating for a colorblind meritocracy and echoing the words of Martin Luther King? If we're not doing that then leftists are liars.

Were there ‘right-wing’ riots when Tucker Carlson called for a colorblind meritocracy? – American Thinker<!—->

Were there ‘right-wing’ riots when Tucker Carlson called for a colorblind meritocracy?

Why didn’t those take place —  if the pro-freedom right is supposedly based on ‘white supremacy’?

Was there any pushback from the pro-freedom right when Tucker Carlson said we should treat people as human beings created by God no matter what we look like? We must confess that we’ve been busy trying to cut back vines to keep the forest at bay and catching up on some tractor maintenance.  So, we might have missed all the news stories of conservatives, libertarians, and anarchists of the pro-freedom ‘far-right’ threatening to never again watch Tucker Carlson, boycott his sponsors, and riot in the streets because of what he said on his shows on Monday and Thursday this week.

Te video is referenced in this article. The strange thing is that it’s been a couple of days, and if what the anti-liberty leftists are saying is true, there must have been riots that dwarfed the burning, looting, and murder of 2020’s ‘peaceful protests.’  Dare we say it, these were probably far more devastating than the worst day of conflict in the history of mankind: January 6, 2021.

You see, according to ‘brand expert’ Donny Deutsch and many others of the nation’s socialist, anti-liberty left, we’ve supposedly embraced something that is so ‘mainstream’ it’s never the topic of conversation.  You know, the subject of very important talking points that we never talk about.

We don’t know about you, but it certainly was news to us that we are all based on ‘white supremacy’ or something like that.  We’re not really sure what that supposedly is, and neither are most on the pro-freedom side of the political aisle.  This is all predicated on the ‘manifesto’ of self-described former communist, left authoritarian “ethno-nationalist eco-fascist national socialist” who loathes libertarianism and conservatism in particular, and like many of anti-liberty left in that this chumbucket is mentally ill. 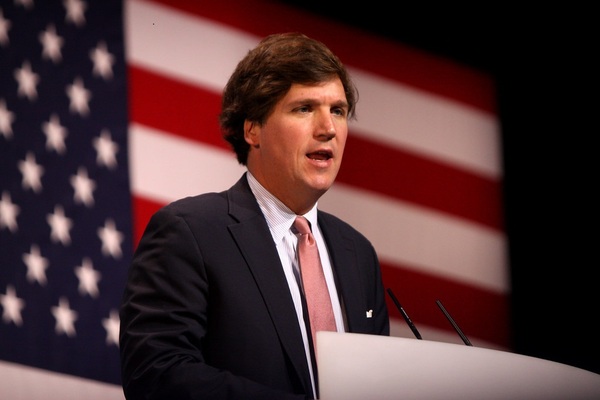 Would it surprise you to learn that these facts were ignored in favor of the nation’s socialist media’s most cherished narrative that ‘domestic terrorism’ from ‘white supremacists’ is the greatest existential threat of our time?  For those of you not apprised of the ‘woke’ terms of newspeak, it can be loosely translated as the liberty denier left’s political opponents are their biggest threat.  That means those of us on the pro-freedom right are going to be targeted for persecution.

Now, why are we such a threat?  Well, there is the stated reason and then there is the real reason. Obviously, the real reason is that we pose a threat to the attainment of their power. They of course can’t say that out loud, hence they have their stated reason — the threat of ‘white supremacy.’  Never mind that phrase is undefined — as we say in the engineering field, that’s a feature, not a bug.

So, let’s just take them at their word.  Clearly ‘white supremacy’ would have something to do with the superiority of certain skin colors.  In other words, racism in its worst form.  This leads us right back to our original point. According to the lights of the liberty denier left, we must be steeped in racism, so we would surely disagree with Carlson’s assertion that echoes the words of Martin Luther King:

I have a dream that my four little children will one day live in a nation where they will not be judged by the color of their skin but by the content of their character. — Martin Luther King, Jr. Washington, DC, on August 28, 1963.

So, if there wasn’t widespread “right-wing” rioting (since according to the new rules, we’re the ones that do that).  If there wasn’t a widespread condemnation of Carlson’s assertion that we should have a colorblind meritocracy and we prefer the phrase ‘All Lives Matter.’ If it wasn’t that we judge people by the content of their character… Then it’s almost as if the nation’s socialist media and the anti-liberty left are total frauds and liars.

Did anyone say anything against this?  Or did we all just acknowledge that we should have a colorblind meritocracy without a second thought, at least until it was just brought up?  But somehow, according to Deutsch, we ‘own’ something that we find repugnant.  It was more than amusing that he came out and admitted that his side has nothing to campaign on in November, so they have to give it a go with this gaslighting Hail Mary.  Apparently, failure at every turn, including $6/gal gasoline, food shortages, high crime, and high inflation aren’t big sellers with the electorate. Go figure.

The bottom line is that if there wasn’t a widespread condemnation of Carlson because of that video, then that must mean the anti-liberty left has been lying all along.  It also follows that the party of projection are the racists.  It’s hard to believe that the party of ‘Democrat’ Woodrow Wilson, ‘Democrat’ George Wallace, ‘Democrat’ Robert ‘KKK’ Byrd, and the purveyors of Critical Racism Training (CRT) would be racists, but those are the facts, ugly as they are.

This is shocking news to no one on the pro-freedom right.  We can’t be too sure about those people on the far left, they’re probably still deluded enough to think they are virtuous to a fault, fighting the good fight for social justice and other useless buzzwords.  Ask them how is it racist to advocate for a colorblind meritocracy, but only if you’re out of striking range.

D Parker is an engineer, inventor, wordsmith, and student of history, and the director of communications for a Bill of Rights organization and a longtime contributor to conservative websites.  Find him on Substack.