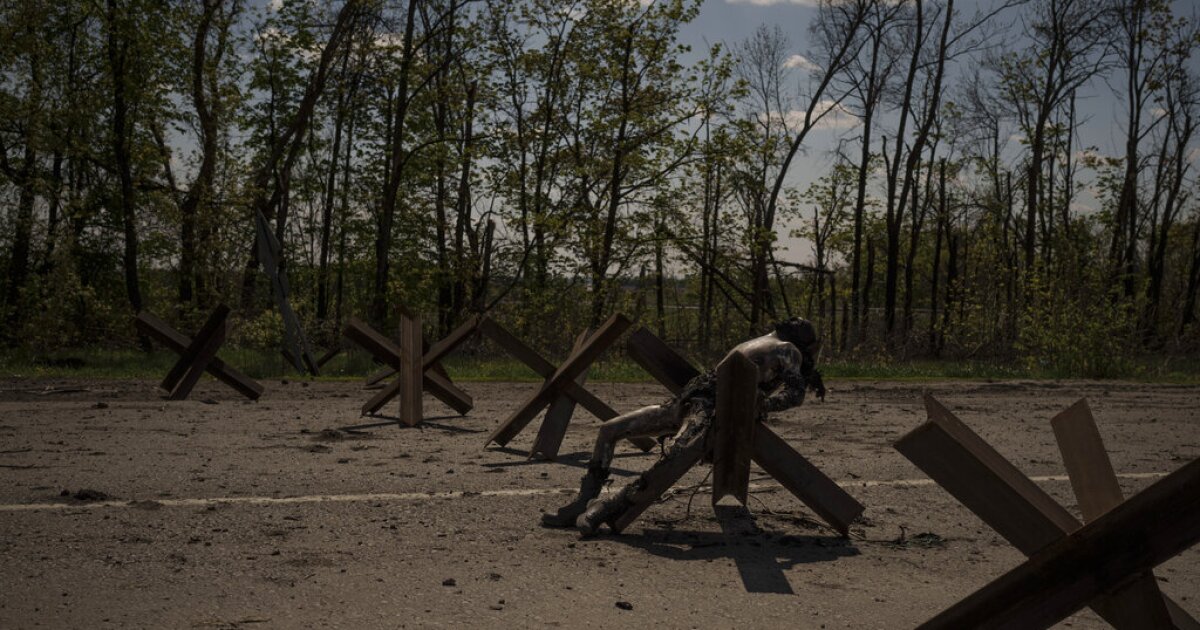 The White House claimed a partial victory in Ukraine's war against Russia, tempering Kyiv's suggestion that a win would mean rolling Moscow's territorial gains back to 2014.

The White House claimed a partial victory in Ukraine’s war against Russia, tempering Kyiv’s suggestion that a win would mean rolling Moscow’s territorial gains back to 2014.

The United States has vowed its commitment to Ukraine’s victory and insists that the war aims must be defined by Kyiv. But as Washington prepares to flood Kyiv with billions of dollars of military and economic aid, the White House press secretary said Friday that Russian President Vladimir Putin’s failure to seize Ukraine’s capital and secure broad territorial gains was already a win for the U.S.

“Because President Putin will not be marching through the streets of Kyiv, we’ve already won in many ways,” Jen Psaki said.

Psaki raised the specter of Ukraine’s negotiations with Russia on Friday, with an eye toward ending the bloody war.

“We have long said that we would support the Ukrainians and their efforts through negotiations and a diplomatic process to determine what victory looks like,” she said.

Ukraine’s ambassador to the U.S., Oksana Markarova, defined victory in the war as regaining control of Crimea and the Donbas, a feat that would roll back Russia’s military achievements since before the invasion 10 weeks ago.

“The victory for us is when we will have no Russian troops within our territory when we restore integrity and sovereignty and when the war crimes have been taken into account,” Markarova told reporters this week.

The Biden administration has poured military and economic resources behind Ukraine in its fight against Russia, newly requesting a $33 billion aid package from Congress. The support has drawn questions about America’s ultimate goals, including last month, when Secretary of Defense Lloyd Austin said that Washington sought to “weaken” Russia, an expansive and ill-defined aim.