We actually know a great deal and the facts have nothing to do with what famous Democrats are telling you.

What Do We Know About COVID So Far? – American Thinker<!—->

With all the thousands of studies bombarding the medical community, it’s helpful to set our microscope aside and look at the bigger picture. It’s virtually certain that the virus was engineered in Wuhan with financial and technical assistance directed by that highly competent bureaucrat, Anthony Fauci. But that doesn’t tell us what we should expect as the virus moves through society. For that, we must look at the science. And I don’t mean “I am science” Fauci. I mean real scientific data, something with which Fauci has little acquaintance.

Perhaps we should start with that great scientist, Oprah Winfrey, who recently opined that ending the mask mandate on airliners was “premature.” As John Adams noted at the Boston Massacre Trial, “Facts are stubborn things.” They aren’t “my truth” or “your truth.” Facts don’t care who you are or what you think. When we state facts, we are presenting a verbal picture of reality. And the fact is that public mask-wearing has never been demonstrated to have any public health benefit. The only time that mask-wearing does any good is when health care workers in high exposure environments wear properly fitted, donned, and disposed of N-95 or better respirators. Anything else is virtue signaling that denies the fact that public masking (a) doesn’t work and (b) has serious downsides.

The next great scientist is Bill Gates, who recently opined that we are in for another COVID wave that is likely to be more transmissible (true) and more deadly (false). Every variant of COVID has followed Muller’s Ratchet, becoming more contagious and less deadly. Even Delta was a bit less virulent than Alpha, but Omicron showed that more mutations encourage virus survival by infecting more people without killing them. This is the natural course of viruses, but anyone with a vested interest in vaccine profits or lockdown power simply cannot allow this fact to be known. And that brings us to Saint Fauci.

The Supreme Lord of NIAID popped up recently announcing that we might need more lockdowns to prevent the spread of some new variant. The experience of the last two years should have proved to everyone that lockdowns are bad. They kill people with other medical problems due to foregone care. As then-Governor Cuomo of New York learned, sixty percent of NYC cases were directly caused by lockdowns. When people are stuck in recirculated air with infected victims, they get sick, as the Kirkland, Washington, nursing home tragedy proved. But tyrants can’t learn, and Cuomo multiplied New York’s headstone count by sending COVID patients to assisted-living facilities to kill others. All that could have been avoided if our public “health” authorities had taken a few minutes to read the epidemiology literature. We knew that lockdowns were bad long before COVID was invented.

The occupant of the White House and the Chief Cackler are our next scientists. They both live in a protective bubble and are multiply vaccinated and boosted. They periodically opine that we may all need another “booster.” But Kamala’s re-infections prove that the booster will not work. In fact, we now know that Canada, Israel, Gibraltar, and others have increased infection rates in vaccinated individuals. This appears to be true in the US as well, but the CDC is reluctant to release the data. 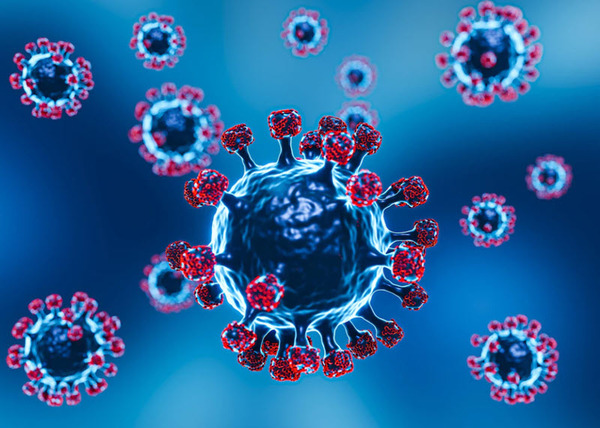 This vaccine failure is due in part to direct immune suppression by the shot. The military has made it clear to Senator Johnson’s committee that not only does it not prevent infection, but it also triples the rate of breast cancer, with even higher multiples for other cancers. Yet that great scientist, SecDef Lord Austin, mandated that all military personnel get the Fauci Ouchy. He is oblivious to the fact that many highly trained (translation: expensive) warfighters such as Special Forces and pilots have been rendered unable to serve due to the mental and physical effects of the spike protein presented by the shots.

Another reason for vaccine failure is that the virus has mutated to forms that have spike proteins markedly different from the alpha variant in the vaccine. In short, they’re different diseases, just like flu is actually a host of different diseases. The vaccine and boosters don’t have any meaningful benefit against the current ailment.

I could list a host of other “scientific” authorities who are making false claims, but all that would do is bore you. In particular, we should regard anything from the CDC or Big Pharma with great suspicion, since it is contradicted by most evidence. I’ll simply leave you with a set of bullet points, all supported by large volumes of scientific data.

I’m sure I left something out, but I’ll leave you with a couple of key items. First, don’t get the shot. It has no benefits and a host of bad effects I don’t have space to talk about. Second, take vitamin D3 and zinc. They have been shown to reduce viral infections a lot. Third, get a stock of Ivermectin. If you do get sick, start it immediately on your way to your urgent care. And don’t stop taking it even if they say to. They can lose their licenses if they agree with you taking it.

Government-based authorities are lying to us. I know that’s strong, but it’s the truth. The version of COVID that’s around now is a minor illness that is largely preventable and easily treated. That is a far better choice than getting a potentially deadly shot that a bunch of power brokers love. There will be many more variants, but the final variant is communism.