It's not quite a united front.

What the West Thinks of Russian Aggression – American Thinker<!—->

On April 28, 2022, a meeting took place at the former site of Auschwitz. The president of Poland, Andrzej Duda, right-wing politician, joined in the March of the Living with Holocaust survivors and 2,000 others at a ceremony on Israel’s National Holocaust memorial day, and laid a wreath at the Death Wall in Auschwitz.  He commented on the parallel with present-day events.  Just as Adolf Hitler was acting to wipe out all Jews, as well as many Poles and Roma, so the war criminal Vladimir Putin is trying to kill and eliminate the Ukrainian people.  The Russian forces were committing genocide in Ukraine.

The meeting reinforces the present formidable role of Poland in the face of the Russian aggression against Ukraine.  It is surprising for at least three reasons.  As recently as 2018, a Polish law was passed making it illegal to accuse the Polish nation of complicity in the Holocaust and other Nazi German atrocities.  The evidence is mixed.  Though some acts of violence were committed by Poles against Jews during World War II, and antisemitism was widespread in the population, there was no significant anti-Jewish mass movement engaged in killings or responsible for the Holocaust.

A second surprise is that Poland, which, in May 2021, was reprimanded by the European Court of Justice for judicial changes that were in breach of European law, should now be playing an important and forthright, if not the leading, role among Europeans in opposing Russian aggression.  Poland can rightfully be called a key player in the struggle to free Europe from Putin’s objectives for two reasons.  It has been the European country continuing to supply Ukraine with key military support.

The Polish assistance is surprising for a third reason.  Poles and Ukrainians fought during World War II over the disputed territory of Volhynia, an area that has changed hands many times in history.  During that fighting, Poles were massacred by the Ukrainian Insurgent Army, an event now proclaimed by the Polish parliament as a genocide.

Poland offered to supply Ukraine with all of its MiG-29 planes, which it would deploy to Ramstein air base in Germany, from where the U.S. could pass them on to Kyiv.  But the Biden administration refused this proposal.  Poland has campaigned for stronger sanctions against Russia, as well as for more humanitarian and military aid for Ukraine.  It has been the recipient of the largest number of Ukrainian refugees, so far 2.9 million, more than 60% of the total exodus.

In his visit to Warsaw on March 10, 2022, former vice president Mike Pence pointed out that Poland is one of only seven NATO countries to meet its obligation to spend two percent of its GDP on defenses.

Presently, forty nations, including Britain and France, are sending military equipment to Ukraine but ensuring that there is no escalation beyond the borders of Ukraine, and therefore rejected imposing a no-fly zone.  The role of Poland has been understood by Putin, who on April 27, 2022 announced he was cutting off gas supplies to Poland and to Bulgaria.  Yet Poland is only one of the U.S. and European allies who have been providing military aid to Ukraine.  The largest contributor is the U.S., which has provided more than $4 billion in security assistance.  The list of supplies includes helicopters, 1,400 Stinger anti-aircraft systems, 5,500 Javelin missile launchers, howitzers, armored vehicles, and tactical drones.

Most disappointing has been Germany, whose ties to the Kremlin go back to Rapallo in 1922 and the Brest-Litovsk agreement on trade between Walter Rathenau, German Jewish foreign minister and electrical magnate, later assassinated by antisemitic terrorists, and the Soviet Union.  The ties may be said to back even farther, with the memory of the poor German princess who became Catherine the Great, and who invited Germans to become Russian citizens and farm land in Russia while maintaining their language and culture.

It is still unclear who is the real Olaf Scholz, the German chancellor, the master of policy u-turns.  He has been hesitant in decision-making over Ukraine.  He was, he said, driven not by fear, but by “political responsibility,” avoiding escalation that could lead to a third world war.

Scholz at first banned sending weapons to Ukraine in contrast to the rest of NATO countries and blocked Estonia from sending Soviet-designed howitzers, raising the general question of how reliable Germany is as an ally in NATO.  Instead, Germany sent 5,000 helmets.

Yet, one week after Scholz said Germany would send weapons but not heavy weapons, and foreign minister Annalena Baerbock declared that Germany’s armed services can no longer supply weapons from the nation’s own reserves, Scholz agreed to send heavy weapons — Gepard anti-aircraft guns, tanks.  Scholz did back an E.U. embargo on Russian coal but continues to block E.U. sanctions on Russian gas exports, on the grounds that Germany does not have alternative energy supplies.

On February 27, 2022, Scholz had announced a Zeitenwende, watershed, in German foreign policy, to invest more in defense, to impose financial sanctions on Russia, and later to send heavy weapons.

For the West, economic and logistical issues may handicap the aid to Ukraine.  The energy problem exists with dependence on Russian gas: for North Macedonia, Bosnia, and Moldova, it is 100%, for Finland and Latvia in the mid-90s, for Italy 46%, and France 24%.

There is the problem of supply chains, which relate to the large number of products made by Ukraine and Russia — 26% of the world’s exports of wheat, 16% of corn, 10% of barley, and 80% of sunflower oil and seed, and neon, used for microchips.  And Russia is still the world’s third largest oil producer, second producer of gas, top exporter of nickel and palladium.

Nevertheless, the Russian aggression has led to changes in pre-eminence of Western countries and changes in policies in reaction against Ukraine.  Putin could not have expected the strong role of Poland or the bid of Sweden and Finland to become members of NATO. 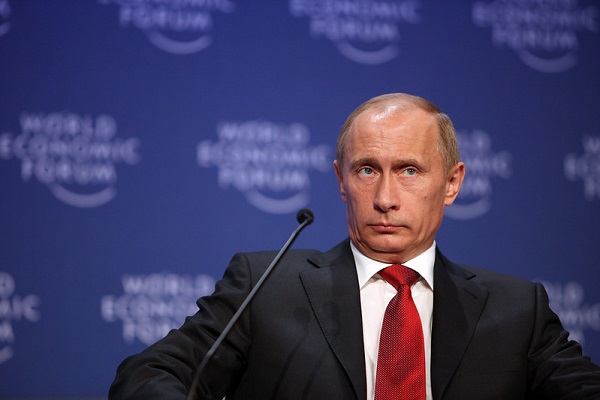