Too many Christian conservatives are not opposed to Trump, but to the conservative policies he reprresents.

Donald Trump’s widespread support among evangelicals has been both a subject of interest and consternation among ardent anti-Trumpers.  “Is evangelical support for Trump a contradiction?” asked a July 2020 Vox headline.  New York magazine was more blunt: “White Evangelicals Made a Deal with the Devil. Now What?”  Another from NBC: “White evangelicals love Trump and aren’t confused about why. No one should be” (spoiler alert: the author concludes that it’s because of racism).  Granted, these are valid questions: Trump was married three times, allegedly engaged in extramarital affairs, uses vulgar and profane language, and has been accused of shady business dealings.  Indeed, criticisms directed towards Trump’s character have not come solely from the Left, as many conservatives have been equally harsh.  Current Daily Wire host Matt Walsh wrote a scathing rebuke of Trump in January 2016, titled “Dear Christians, if You Vote For a Godless Man, You Are Asking for Tyranny.”  “Conservative” NeverTrumper David French in “The Dangerous Idolatry of Christian Trumpism,” argued that the “hardcore Trump evangelical base threatens our constitutional rule of law.”  Similar concerns about Trump’s character have been shared by many other self-described conservative Christians.

Despite Trump’s moral deficiencies, one would be hard-pressed to find a stronger defender of Christianity and religious freedom.  Thanks to Trump’s hard-fought efforts, three new conservative justices were appointed to the Supreme Court (with 234 federal judges confirmed in total), spurring renewed hope that Roe v. Wade may finally be overturned.  After the initial COVID-19 restrictions, Trump was an early advocate of pressuring states to allow places of worship to reopen despite facing significant political headwinds.  While the rest of the world held a climate summit, Trump hosted a session combating religious persecution around the world.  He fought to protect prayer in public schools and supported taxpayer funding for religious schools.  His administration took executive action to reduce the powers of abortion provider Planned Parenthood.  He was the first sitting president to attend a “March for Life” rally.  Trump’s 1776 commission, meant to combat the New York Times’ 1619 project, emphasized the prominent role Judeo-Christian values play in our national fabric.  These should be, on the surface, no-brainer issues for uniting the religious right, even if Christian conservatives have reservations about Trump personally.  Yet activists on the religious right during the Bush era have been nonentities in today’s culture war, or have even taken the side of the Left.

It was less than 20 years ago that former President Bush rode a wave of Evangelical support to win re-election in 2004.  Recall that as part of that campaign Bush advocated for a constitutional amendment banning same-sex marriage.  Anti-abortion policies were central to his campaign platform, as evidenced by his signing a 2003 act banning partial-birth abortion.  Bush’s faith was famously front and center in his presidency.  And yes, Bush is still beloved by ardent NeverTrumpers like David French, Bill Kristol, Jennifer Rubin, and the Lincoln Project.  It was only a decade ago that Sen. Mitt Romney (R-UT) was the GOP standard-bearer for President.  Romney is famously a devout Mormon, using his faith as justification when he bucked his own party to vote for the impeachment of President Trump.  Romney’s campaign was also rabidly pro-life (at least when it was politically convenient for him).  He campaigned against same-sex marriage.  He, too, is loved by the Lincoln Project. Despite their religious fervor, neither Bush nor Romney have been outspoken on the “moral issues” of today. 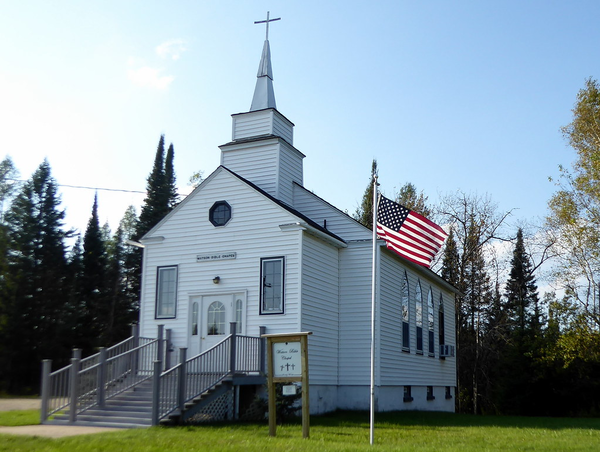 Granted, NeverTrumpers may have been silent due to Trump’s stranglehold over the GOP.  However, Trump is no longer in office.  While he certainly has a great deal of influence in conservative circles, he hasn’t been the focal point of culture war issues since leaving office.  That burden has fallen on his disciples, such as Gov. Ron DeSantis (R-FL), Gov. Greg Abbott (R-TX), Gov. Kay Ivey (R-AL), Gov. Glenn Youngkin (R-VA) and others.  These politicians don’t have the moral baggage or bombast of Trump, but still face similar scorn from NeverTrumpers.  Yet the moral issues of today are no murkier than they were 20 years ago: the current conservative battle seeks to prevent young schoolchildren from being indoctrinated in radical sexual and racial theories.  If these same issues were prominent back in 2004, wouldn’t you expect President Bush to capitalize on parental outrage over gender identity and sexual orientation being taught to 5th graders?  Wouldn’t Mitt Romney have pledged to eliminate Critical Race Theory (CRT) being taught in grade school if that issue had been brought to light 2012?  Fighting back against the indoctrination of our children in radical sexual and racial theory would seem to be a crucial issue for populist and establishment Republicans alike.

While Bush and Trump have been silent in the culture wars, anti-Trump conservative media figures have not.  David French joined three other authors of different political stripes in an op-ed criticizing CRT bans in educational institutions in July 2021, and followed that up with an essay in the Atlantic complaining that “the right has lost the plot on free speech” because conservatives banned teaching eight-year-olds about transgenderism.  Jennifer Rubin brushed off parental concerns over CRT as “Republicans [being] afraid of history,” and argued that by banning pornographic materials in school libraries, conservatives somehow “are turning against our constitutional structure and American values.”  In the 2021 Virginia gubernatorial race, widely viewed as a referendum on radical curricula in education, Bill Kristol endorsed Democrat Terry McAuliffe, while the Lincoln project planted fake “white supremacists” at a Glenn Youngkin rally in a failed effort to sink his campaign, and more recently created content opposing the Florida Parental Rights in Education bill.

Polling data indicates that preventing CRT and radical gender theory from being taught in the classroom is a political winner.  The upset electoral victory of Glenn Youngkin in Virginia and the surging popularity of political figures like Ron Desantis are also strong evidence that this is a wise political strategy with broad appeal across the entire conservative spectrum.  And for Bush supporters who now argue that GOP-led bills in education are authoritarian, how can they defend Bush’s advocacy of banning same-sex marriage, or his passage of the Patriot Act, enabling warrantless government surveillance of U.S. citizens?  The NeverTrump movement was based on the assumption that Trump was uniquely unfit for office due to his personal and moral failures.  Therefore, the unwillingness of NeverTrump conservatives to embrace post-Trump GOP figures or policies that fall within the conservative mainstream speaks volumes: the anti-Trump movement was never really about Trump, his personality, or his morals.  Rather, it was a rejection of Trumpism, which brought the culture war to the forefront of conservative politics at the expense of issues typically valued by the GOP elite: low taxes, cheap labor, and the importation of inexpensive overseas goods.  While Trump’s brashness certainly helped expose the divide between conservative voters versus the Republican establishment, he is certainly not the cause of this divide. An early look at the 2024 presidential race clearly illustrates this: should Trump choose not to run, current polling data indicates that Republicans will overwhelmingly support DeSantis.  Who are the anti-Trump elite drooling over? Prominent Trump critics such as Gov. Larry Hogan (R-MD), Gov. Asa Hutchinson (R-AR),  Liz Cheney, and Rep. Adam Kinzinger (R-IL).  Which brand of conservatism do you expect will promote and protect religious interests?  A party led by Hogan and Hutchinson, or a party led by Trump or DeSantis?  The Bible provides many examples of God using flawed vessels, from David to Paul, to serve Him.  From a policy standpoint, I trust Trump and his lieutenants, warts and all, over the Pharisee establishment GOP.

J. Allen Cartwright, is a chemical researcher in the energy sector. His interest is in the interplay of politics with cultural and scientific institutions, and he can be followed on Parler at @jallencartwright