Who has been more accurate the last few years: the government-controlled news cabal or your local conspiracy theorist expressing doubts?

Dynamic change is unsettling.  We humans grasp at the status quo and squeeze.  Alas, the globalist cartel wants to “fundamentally transform” the world, and whether we like it or not, we are along for the ride.  Many Westerners are only now waking up to the reality that a ridiculously small group of influential “elites” have been pushing us down this path for quite some time.  Future history books will highlight (when factual history returns to education) how WWII served as the inflection point for unleashing a torrent of international institutions and norms (disguised as mechanisms for “maintaining the peace”) that have succeeded in concentrating wealth and power in a small number of people intent on ruling over everyone else.

Their centralized control over monetary currencies has made them fabulously rich and left everyone else in debt.  Property, income, purchases, inheritances — everything you “own” through the fruits of your labor is taxed and laundered by corrupt legislatures back into the pockets of the same currency-manipulators who print money and buy off politicians for a living.  You are taxed for simply holding a dollar in your hand because every day, that dollar loses value through intentionally constructed inflation used to prop up stock market “growth” while destroying middle-class savings.  The World Economic Forum wants Westerners to “own nothing,” and by golly, through taxation and inflation alone, it’s halfway there.

The globalist cartel lies about everything.  The same players who bemoan “income inequality” have used the post-WWII order to steal at least half the value of every person’s lifetime of labor.  (American colonists rebelled over a tax rate of 1%!)  The same “woke” corporations that rail against the “structural racism” of Western “colonialism” have been conquering the world, exploiting poor nations for cheap manufacturing, and sucking up the savings of wealthier nations through the new-age religion of rampant consumerism.  Globalism is colonialism, but public relations firms have spent decades hiding that obvious truth.

The globalist cartel does not care about “trans rights” or “fighting hate” or “climate change.”  It cares about keeping society distracted with silly mass movements, idol-worship, and unscientific doomsday fantasies while it pursues its own interests and hidden agendas.  New World Order “elites” couldn’t be happier that they have whipped up so many mindless “serfs” into such a frenzy that the peasants senselessly demand that their own speech be regulated, religion outlawed, and energy use rationed.  When the squabbling members of society fight among themselves, government power grows to control the chaos.  When only the globalist cartel is allowed free speech, and only the rich and powerful can afford fuel, then only the globalist religion can be heard and spread.

Chasing that elusive one-world-government perpetual motion machine, “elites” always delude themselves into believing they are destined to “rule.”  They fail to imagine that there are smarter people who have never sought great wealth or power.  So committed to their Darwinian belief that “natural selection” proves their own superiority, they have become certain that a future technocratic totalitarian state (with them at the top) is inevitable.  And just as with every attempt to rule the world before it, pride comes before the fall.

The same technologies used to control us today will liberate us tomorrow.  Whereas centralized digital currencies seek to steal our labor and trap our wealth, decentralized currencies beyond the reach of central bank manipulation will open markets to real free trade.  Whereas the national security surveillance state monitors our communications, decentralized protocols will again secure our privacy.  Whereas Big Tech and Big Media have maliciously partnered with Big Government to control the dissemination of information and news, the same workarounds above will eventually break corporate control for good.  Necessity is still the mother of all invention, and when people smarter than the global cartel decide that fighting back is necessary, globalists’ monopoly on control will fade.

At the end of the day, it comes down to trust.  Nobody is buying what the globalist cartel is selling.  Their lies and manipulations have become too obvious for too many.  People now realize that truth lies only outside the system.

Ask yourself, who has been more accurate about the major news stories of the last few years — the government-controlled news cabal pushing the “narrative” or your local conspiracy theorist expressing doubts?  Did Obama’s FBI not spy on Donald Trump’s campaign?  Did Hillary not invent the Russia collusion hoax?  Did mandatory lockdowns for the Chinese Flu not crater the economy, bankrupt businesses, and cause excess deaths?  Did closing tens of thousands of schools not harm children?  Did using people as guinea pigs to test experimental “vaccines” not result in unnecessary medical injuries?  Did recklessly printing money not lead to predictable inflation?  Did the globalist cartel’s push for Green New Deal controls over every individual’s consumption of energy not jack up fuel costs and the price of food?  Did U.S. politicians not use a “health crisis” to foist uncontrolled and unsecured mail-in ballots on the 2020 election?  Was that election not fraught with predictable fraud?  Has fighting Russia in Ukraine not weakened America’s national security by destabilizing global food and fuel production?  Has that conflict not strengthened Russia and China at America’s and Europe’s expense?  Are we not closer today than before the “rules-based international order” imposed unilateral sanctions on Russia to losing the benefits of the world’s use of the dollar as its reserve currency?

According to my math, local conspiracy theorists have been correct every single time.  The global cartel’s news propagandists, on the other hand, have not told the truth once.  When institutional legitimacy comes crashing down, dreams of one-world government come crashing down, too.

I believe in the benefits of creative destruction.  I believe, as Thomas Jefferson once observed, “that a little rebellion now and then is a good thing, and as necessary in the political world as storms in the physical.”  I believe that Westerners are waking up to the reality that the game has been rigged against them for quite some time and that among the many things stolen from them has been their liberty.

Is it not strange that in America, neither of the two major political parties can be described as standing for the type of liberty from tyranny for which Jefferson and his compatriots fought?  Whatever Establishment Democrats and Republicans believe, it is not a healthy appreciation for the Bill of Rights, expansive individual freedom, or limited government.  It is as if Americans have been forced to choose between two parties, neither of which aptly represents their principles or priorities, is it not?

To me, conservatism makes sense only when it is a means to the end of protecting human liberty.  Otherwise, it can do just as much bad as good.  To conserve for the sake of conserving without worrying about what we’re conserving is like operating on a patient without worrying about whether you’re performing the correct surgery on the correct patient for the correct ailment.  It is the life of liberty that matters; the operating room, the prestige of the doctor’s education, and the esteemed traditions of the hospital matter not a lick if liberty dies on the table.

Conservatism is most effective when it is thought of as a procedure, not a philosophy.  Chesterton’s fence is an excellent rule of thumb by which to live, but it shouldn’t so overwhelm one’s worldview that a person becomes incapable of bulldozing down an occasional fence.  Human liberty is what we seek to conserve, not the act of conservation in and of itself.

Or rather: It is better not to “conserve” globalism’s monstrosities and better still to rebuild courageously a free America ourselves. 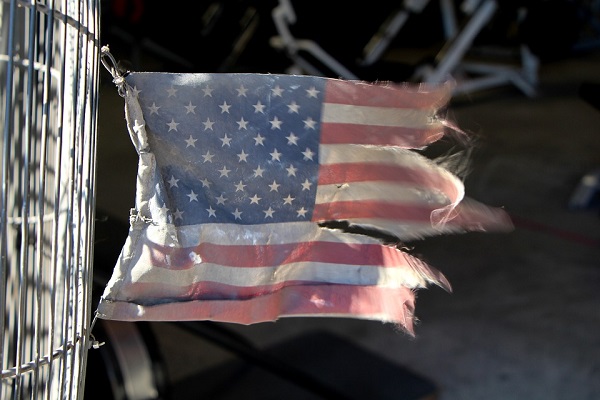