Leftist accusations of GOP responsibilty for the Buffalo shooting is a miscalculation that is ultimately going to come back to haunt the Democrats.

When You Label Half of the Country Racist… – American Thinker<!—->

Hearing of the the racially motivated mass shooting in Buffalo, I fully anticipated the leftist cries to restrict guns. But these calls were overshadowed by an elevation of a more recent progressive talking point: Blaming Republicans as a whole for the attack.  Rolling Stone, long a banner-carrier for the Left, went with these headlines: “The Buffalo Shooter Isn’t a ‘Lone Wolf.’ He’s a Mainstream Republican… The right-wing extremists who control the modern GOP are all gripped by a racist delusion.”  CNN’s Jim Acosta came out and laid the blame at Tucker Carlson’s doorstep. Newsweek ran the headline, “Parkland Father Blames Ron DeSantis, Other Republicans for Buffalo Shooting.”

Overnight, anyone who had conservative values and voted Republican was complicit in mass murder and carried the taint of being called a racist… or so the Left hoped.

The fact that the mainstream media outlets conveniently aligned to this narrative points to the fact that it was an organized libelous hit job. Clearly it was an orchestrated narrative, executed prior to the fall elections, points to a new level of desperation. With the realization that they cannot win on the actual political issues, they have lowered themselves to outright lying.

The acts of this despicable killer are his and his alone. His actions do not reflect Republican values and ideals. Without any research short of a quick reading of his “manifesto,” the Left is taking a giant step in blaming all Republicans for this outrage.  It is a new level of irresponsibility on their part. The progressives have long absolved individuals of responsibility for what they do. To them, this is guilt that must be placed on their opponents. The truth has no real bearing in this blame-game.

History has demonstrated that when you attach hostile labels to groups of people and assign negative characteristics to those people, that things rarely end well.  Simply open a history book to the 1930s.  For the last few election cycles there have been trial runs at this 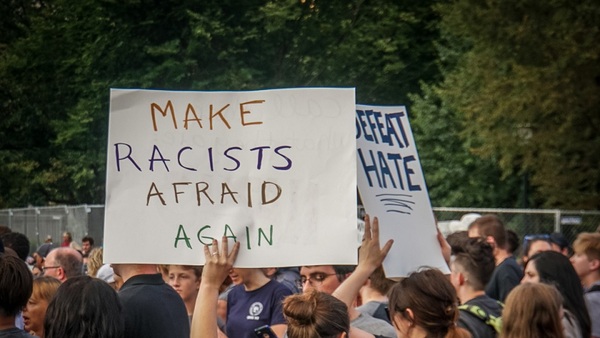 strategy.  Now they are not qualifying the accusations.  If you are Republican, you are racist. As we saw in Loudon County, Virginia, if you stand against things they believe in, such as CRT, you are called a domestic terrorist. There will be more heinous labels coming in the months ahead.

A real disservice here is that the overuse of the label of ‘racists’ has reached the point where it now is ceasing to have any credible meaning. When the media and left-wing pundits using that word to identify people who clearly are not racist, it diminishes it for future uses where it might actually be applicable.

A part of the problem that conservatives face is that they don’t fight back with the same vigor as those that attack them.  Oh, there will be a handful of spokespersons standing up, decrying this false reporting — but in the end that is it.

Republicans rarely stoop to the low bar set by the Left in these debates.  The congressional baseball shooter, James Hodgkinson, who shot and wounded Congressman Steve Scalise, openly declared that he was a fan of Rachel Maddow in his writings. Conservatives never would have considered laying the blame on the shooting on her, or the Democratic Party. This taking of the high road has invited the other party to strike with lies and defamation.

This is all about the fall elections.  No doubt there are some Kool-Aid drinkers on the Left who actually believe these accusations. They accept the demonization of the Right with no sense of understanding the evil tied to these declarations. All it takes for evil to succeed is for good men and women to do nothing — and there are plenty on the Left who relish this painting of Republicans as racists and terrorists. They have no self-governing voice to bring themselves in check.

Over the long term, this approach is destined to fail. Much like Hillary Clinton’s, “…basket of deplorables…” comment; it will ultimately backfire on those perpetrating this big lie.  When people are wrongly accused, as a group, of being something they are not, it galvanizes them.  They come together.  They become collectively infuriated and defiant.  Being wrongly accused of being something you are not, something as vile as being a racist, is a miscalculation that is ultimately going to come back to haunt the Democrats.  The American people are not entirely naïve. Millions will see this as the overreach and propaganda it is.

This is a case where the ends does not justify the means.

Blaine L. Pardoe, is author of Blue Dawn: The most chilling “what-if” in history…the progressive overthrow of the United States and The Democratic Party Playbook, Election 2022 Edition. Pardoe is an award-winning New York Times bestselling author who lives in Virginia. He is the author of numerous science fiction, military history, humor, true crime, and business leadership books.