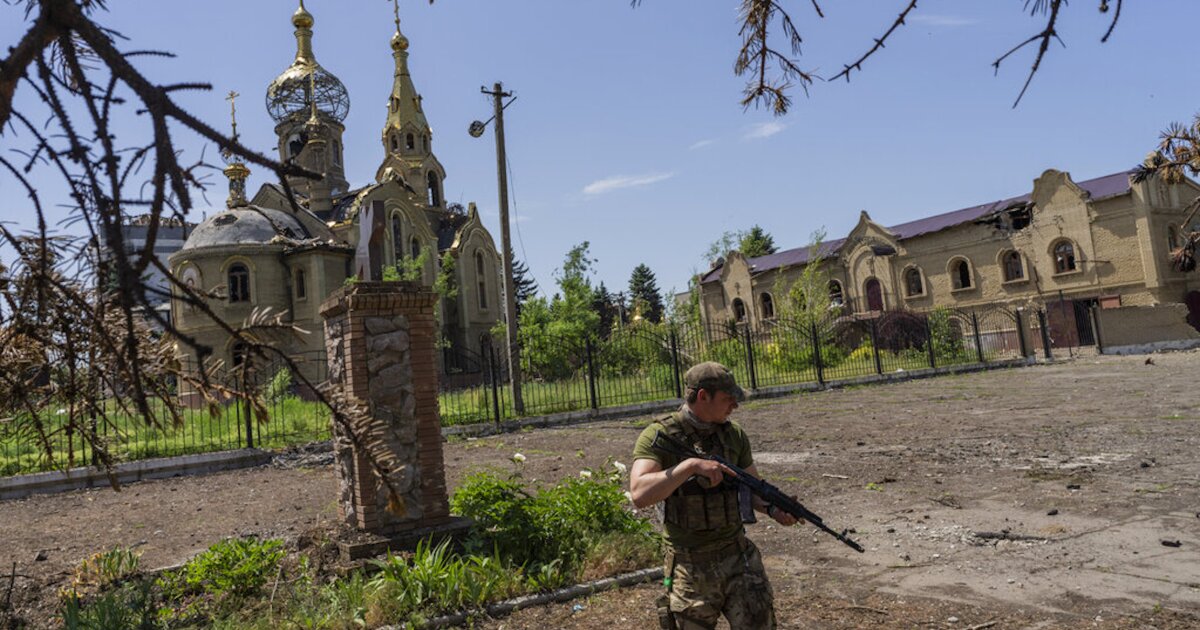 Russian President Vladimir Putin ordered his troops into Ukraine 100 days ago, and despite having a much larger force, Russia has failed to meet nearly all of its core objectives.

Russian President Vladimir Putin ordered his troops into Ukraine 100 days ago, and despite having a much larger force, Russia has failed to meet nearly all of its core objectives.

After weeks of failing to capture the capital of Kyiv, a result of underestimating Ukrainian opposition forces’ capabilities and running into self-inflicted problems, the Russian military was forced to recommit its efforts to the Donbas, in eastern Ukraine, where fighting has persisted for roughly eight years.

The Russians are “achieving tactical success in the Donbas,” the U.K. Ministry of Defense said in an update Friday. The Russians control over 90% of the Luhansk province and will most likely take complete control within two weeks. The recent successes have required “significant resource cost” and were achieved by “concentrating force and fires on a single part of the overall campaign,” the update continues.

Ukrainian President Volodymyr Zelenksy affirmed Friday that his troops had “been defending Ukraine for 100 days already. Victory will be ours.” In an address to Luxembourg’s parliament a day earlier, he said, “As of today, about 20% of our territory is under the control of the occupiers. Almost [48,000 square miles].”

Russian progress in eastern Ukraine is “incremental, grinding, and costly,” the Institute for the Study of War said in their latest update on the war from Thursday.

“Russian troops continued operations to capture Severodonetsk and further operations to capture Lysychansk,” the ISW reported. “Russian military leadership will likely use the capture of these two cities to claim they have ‘liberated’ all of Luhansk Oblast before turning to Donetsk Oblast but Russian forces are unlikely to have the forces necessary to take substantial territory in Donetsk Oblast after suffering further losses around Severodonetsk.”

In addition to the invasion of a sovereign nation, Russian soldiers’ brutality has been on display since the war commenced. Mass graves filled with women and children were found in Bucha, and Russia bombed a theater that was acting as a shelter in Mariupol in addition to a maternity hospital there.

Three Russian soldiers have been convicted of war crimes, one of whom was sentenced to life in prison. The Ukrainian prosecutor general’s office has opened more than 13,000 investigations and has hundreds of suspects for various war crimes.

It’s practically impossible to know a conclusive death toll for either military or for civilians, but Zelensky said earlier this week that it’s “at least tens of thousands” of civilians who have been killed in the three-month-long war and added that roughly 60-100 Ukrainian soldiers are killed and 500 wounded every day in the Donbas.

The Ukrainian military said less than a week ago that it had killed more than 30,000 Russian soldiers, though that represents less than one-fifth of the military buildup Putin amassed around Ukraine’s borders ahead of the invasion.

The Ukrainian military has been able to fend off Russian aggression for the most part with the help of weapons provided by more than a dozen countries, the United States being the biggest supplier. The Biden administration has already allocated roughly $4.5 billion in aid to Ukraine since Russia invaded Feb. 24.

President Joe Biden has reiterated his stance that American troops will not actively engage in combat against Russian forces, though he did agree earlier this week to provide Ukraine with its top priority request, the High Mobility Artillery Rocket System, a Lockheed Martin product also known as HIMARS that has a range of roughly 40 miles.

Biden said earlier this week that the U.S. was not seeking regime change in Russia.

For Putin, another major consequence of the invasion was the unity it brought to NATO and the possibility of two new members. The alliance rallied around Ukraine, collectively trying to help, while Defense Secretary Lloyd Austin has also set up meetings among more than 40 international counterparts.

Finland and Sweden have since applied to join NATO, though Turkey has opposed their admission thus far.