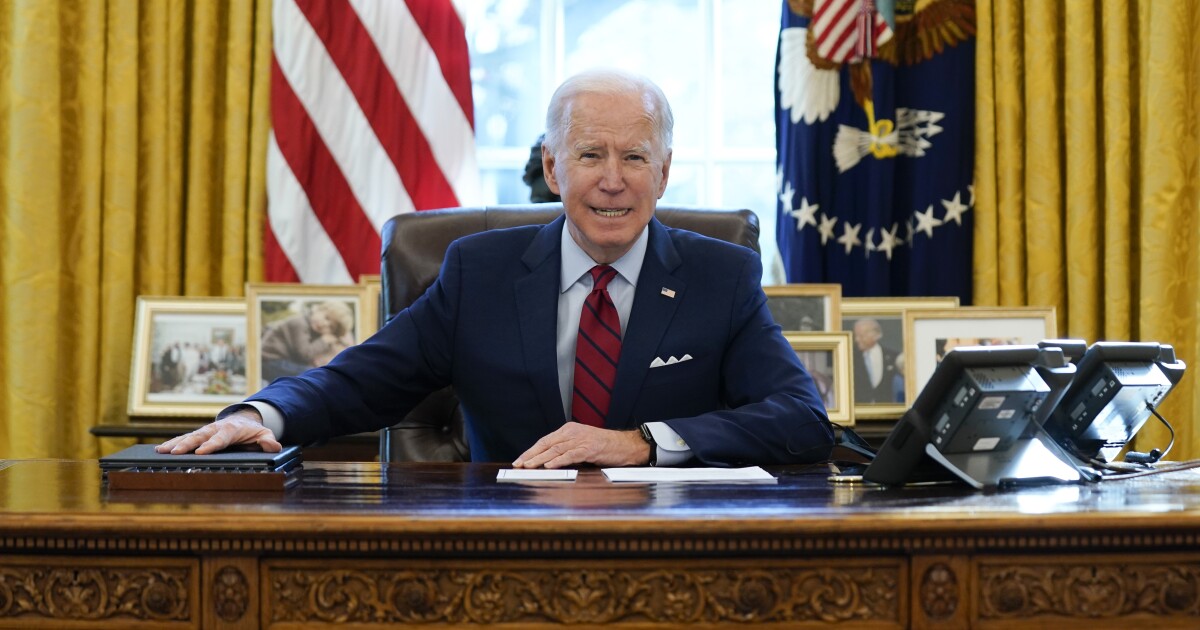 The White House has opted not to use the Oval Office for press events in part because a teleprompter cannot be permanently placed in the room, according to a new report.

The White House has opted not to use the Oval Office for press events in part because a teleprompter cannot be permanently placed in the room, according to a new report.

Aides to President Joe Biden prefer to use a fake White House stage in the Eisenhower Executive Office Building, which is just next door to the White House, decked out with an easy-to-read teleprompter, Politico reported Thursday.

Biden, well known for his many verbal stumbles, has been in office more than 15 months and has said publicly and in private that he plans to run for reelection in 2024. The new report couched the anecdote about the Oval Office in a larger look at how some allies and Democrats worry that Biden, 79, won’t be able to handle another campaign.

Trump has flirted with the notion of a 2024 campaign but has not yet made a declaration, signaling he will make a decision after the midterm elections in which he is testing his hold over the Republican Party with a wave of endorsements.

Although Biden’s approval ratings are down at a time when inflation is high, the coronavirus lingers, and Russia is invading Ukraine, “Bidenworld” and the president himself believe Biden is “the only person” who can beat Trump, Eugene Daniels, a White House correspondent for Politico, recently reported.

In March, Biden said he would be “very fortunate” if Trump ran against him again.