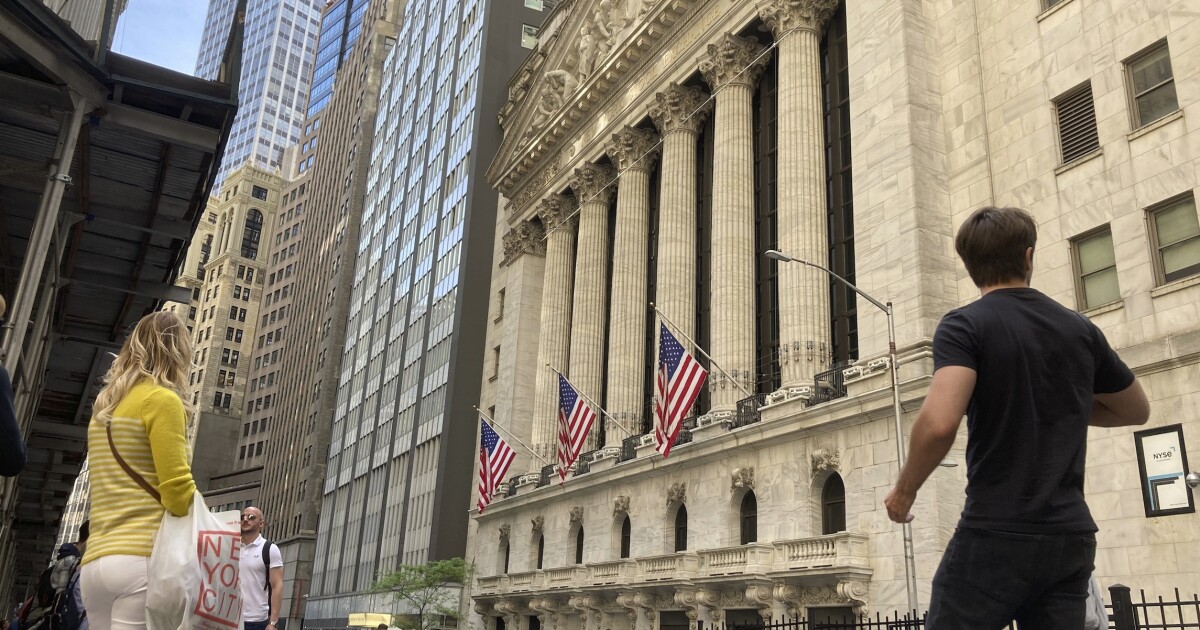 The Dow Jones Industrial Average fell 1,160 points in the worst day of trading since June 2020 as investors expect further rate increases despite assurances from Federal Reserve Chairman Jerome Powell. Many economists think the Fed has been too slow to act to control the price spikes.

“Nothing has changed in how we see the stock market,” White House press secretary Karine Jean-Pierre told reporters at Wednesday’s briefing. “That’s not something that we keep an eye on every day.”

“So I’m not going to comment on that from here,” Jean-Pierre concluded.

The Dow was down 3.5% in the worst single-day loss since the COVID-19 pandemic struck two years ago. The tech-heavy Nasdaq composite decreased by about 4.7%, and the S&P 500 closed down more than 4%.

President Joe Biden and Jean-Pierre’s predecessor at the podium, former press secretary Jen Psaki, have diminished the significance of the stock market as an economic indicator in the past.

Even Biden’s occasional references to market rises have often contained digs at former President Donald Trump’s focus on Wall Street’s fortunes as a measure of the economy’s health.

“By the way, the stock market — the last guy’s measure of everything — it’s about 20% higher than it was when my predecessor was there,” he said earlier this year. “It has hit record after record after record on my watch while making things more equitable for working-class people.”

Confronted about a 1,100-point drop in January, Psaki told a reporter at the White House daily press briefing that Biden focuses “on the trends in the economy, not any one day and any single indicator.”

“Unlike his predecessor, the president does not look at the stock market as a means by which to judge the economy,” Psaki said. “I would note that the market is up around 15% compared to when President Biden took office.”

Biden’s team, like some previous Democratic administrations, has often tried to draw distinctions between the economy as perceived by the working class and the stock market.

But 56% are invested through individual holdings, various retirement portfolios, and the like, even though overall stock ownership is unevenly distributed. And market fluctuations do influence public perceptions of the economy, including among noninvestors.

Biden’s job approval rating on the economy is underwater by over 23 points in the RealClearPolitics polling average, with 59.6% disapproving.

Inflation is running at a 40-year high, and eclipsing wage growth has put Democrats in a precarious position as the midterm elections approach. The president’s party holds razor-thin majorities in both houses of Congress.

While unemployment has been low and economic growth strong coming out of the pandemic lockdowns, the gross domestic product actually shrank in the first quarter of the year, and White House officials haven’t ruled out the possibility of a recession.