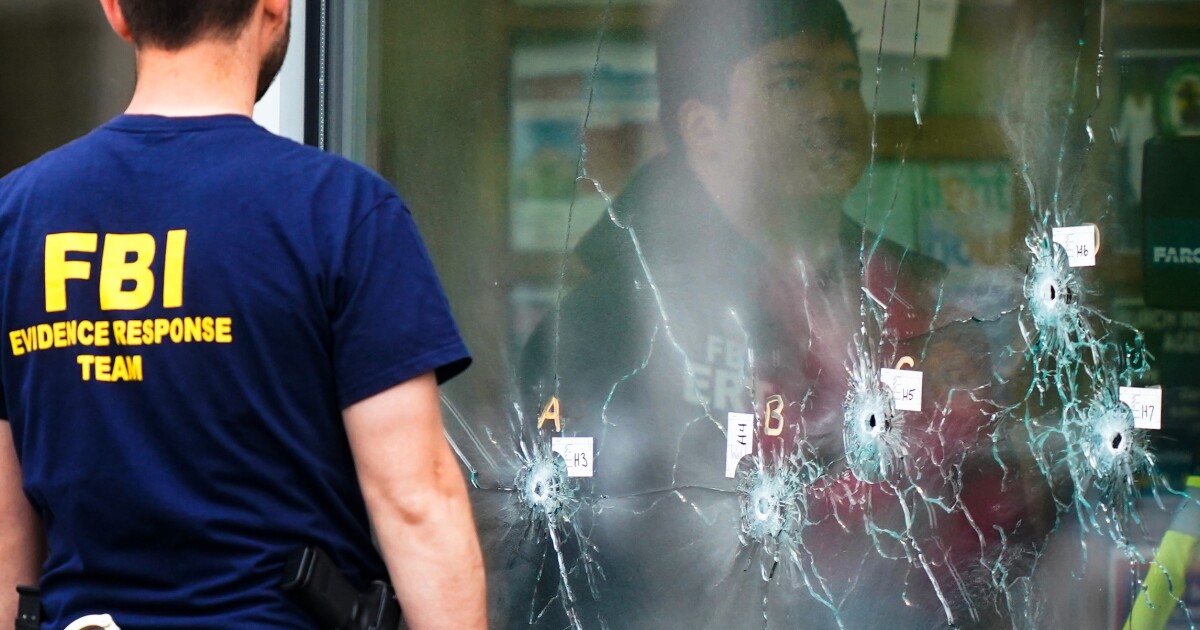 Shooting suspect Payton Gendron left a 180-page manifesto containing racist and anti-immigrant theories that police have cited as a possible motivation for the attack.

BUFFALO GUNMAN WOULD HAVE CONTINUED ATTACK HAD HE NOT BEEN STOPPED: POLICE

“We don’t need anything else to state a clear moral truth, which is that a racially motivated hate crime is abhorrent to the very fabric of this nation,” Jean-Pierre said. “Hate must not have a safe harbor. This is something that the president says very often, especially in these horrific incidents.”

A reporter compared Gendron’s rhetoric to that of Charlottesville, Virginia, protesters in 2017, an incident President Joe Biden has said led to his decision to seek the presidency in 2020.

Jean-Pierre did not name names but said the Biden administration will call out hate crimes whenever they occur. She said the White House is working to implement a governmentwide national strategy to counter domestic terrorism, which Biden directed his national security team to implement on his first full day in office. She called domestic terrorism the most urgent terrorism threat the United States faces today.

The FBI is investigating the Buffalo incident as a hate crime and a case of racially motivated violent extremism. Gendron has pleaded not guilty to one charge of first-degree murder.

Police identified Gendron as the suspect shortly after the attack, describing him as an 18-year-old white male who drove from “hours away” to wreak havoc in a predominantly black neighborhood. Gendron reportedly entered Tops at about 2:30 p.m. on Saturday to begin his rampage, in which he shot 13 people, 11 of whom were black.

The White House press secretary said Biden is determined to fight back against any forces of hate, evil, and violence.

“We must do everything in our power to end hate-fueled domestic terrorism, and we must reject hatred and extremism, ideologies that seek to divide Americans whenever we find it in our society,” Jean-Pierre said. “It is antithetical to who we are as a country, and it fuels violence as well.”