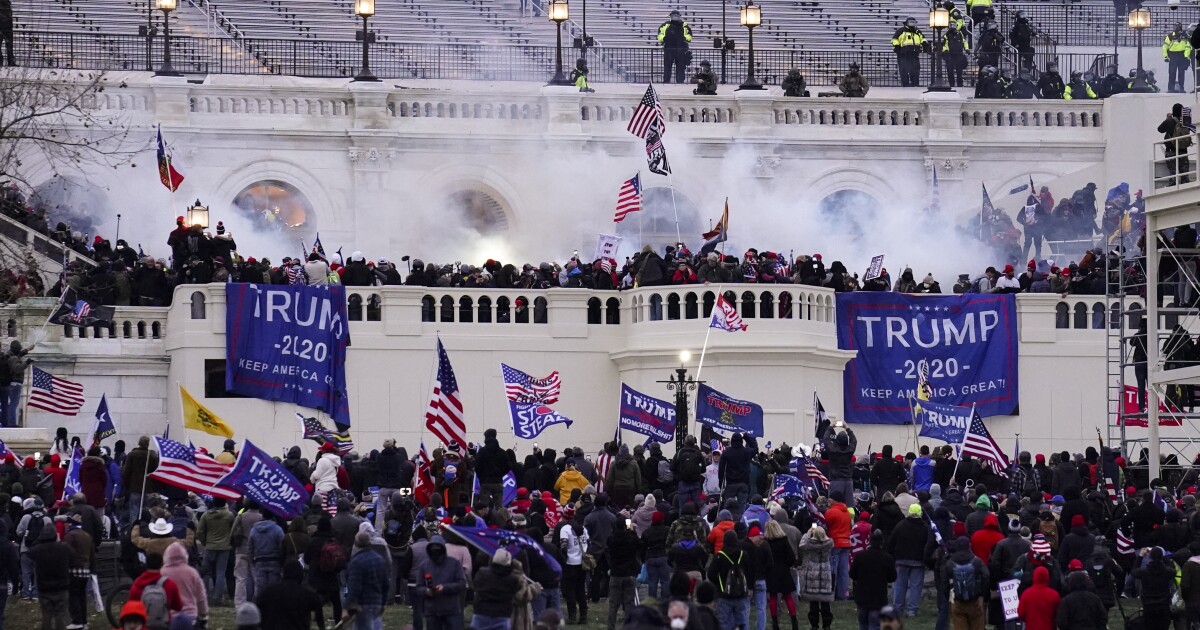 On the day a mob of angry rioters stormed the halls of Congress on Jan. 6, the White House switchboard connected to a phone with one of the rioters, according to a former adviser to the Jan. 6 committee.

On the day a mob of angry rioters stormed the halls of Congress on Jan. 6, the White House switchboard connected to a phone with one of the rioters, according to a former adviser to the Jan. 6 committee.

Former Rep. Denver Riggleman (R-VA), who served as a senior technical adviser to the panel before leaving in April, said that he wasn’t sure who was on the other end of that call inside the White House but expressed eagerness to learn more.

“You get a real ‘aha’ moment when you see that the White House switchboard had connected to a rioter’s phone while it’s happening,” Riggleman told 60 Minutes, according to a preview of his interview. “That’s a big, pretty big ‘aha’ moment.”

“I only know one end of that call. I don’t know the White House end, which I believe is more important,” he added, confirming that the call took place on the day of the riot.

White House phone numbers are kept secret, but Riggleman prodded the panel to take more aggressive steps to discover more information about that call, according to his book, The Breach.

Riggleman has since swapped his party registration to unaffiliated after being dismayed with the state of the GOP. A former military intelligence officer, he helped manage the Jan. 6 committee’s data operation.

In the time since his departure, staffers and committee members have reportedly been irked by his public interviews detailing his work for the committee. Earlier this year, the staff director for the panel wrote an email to workers lamenting that Riggleman’s public disclosure of the committee’s methods in interviews was “unnerving.”

“In his role on the Select Committee staff, Mr. Riggleman had limited knowledge of the committee’s investigation. He departed from the staff in April prior to our hearings and much of our most important investigative work. … Since his departure, the Committee has run down all the leads … that arose from his work,” a spokesperson for the committee told 60 Minutes.

Riggleman said that his team uncovered the call after it sifted through some 20 million lines of data, including email, social media posts, phone records, and more, as part of the sprawling investigation into the Capitol riot.

“When the White House just happened to call numbers, that somebody misdialed a rioter that day, on January 6th? Probably not,” the former congressman said after he was asked if the call was accidental.

Riggleman’s interview is slated to air Sunday, and his book is set for release on Tuesday. He had been booted from his congressional seat in 2020 amid backlash from conservatives for officiating a same-sex wedding.