With new information from testimony in the Sussmann trial and the demise of the Russian Collusion narrative, it's time for a new look at the untimely death of Seth Rich.

Who is Seth Rich, and why was he murdered?  Many media outlets ignored this unsolved murder in D.C. in July 2016.  Those who wrote about this suspicious death were dismissed as conspiracy theorists.  Jack Cashill wrote the best summary of Rich’s murder:

Unknown assailants gun down the young DNC data analyst at 4 A.M. on a Washington, D.C., street and take nothing.  Two weeks later, international man of mystery Julian Assange strongly suggests on Dutch T.V. that Rich was his source for the purloined DNC emails then roiling the Democratic Party.

Many watched the Kabuki Theater of the Deep State unfold over many years with a very jaundiced eye.

[But what if this was a] . . . leak by a disgruntled DNC worker who had physical access to the server and copied the files to a thumb drive or similar.  This thumb drive was then handled directly to a WikiLeaks operative.  Julian Assange continues to deny he received the DNC files from the Russians.  There is no doubt the Russians, the North Koreans, and the Chinese, and other intel agencies were in Hillary Clinton’s homebrew server.  And yet we were assured with high confidence by our intel agencies Russians [sic] operatives did the DNC hack. 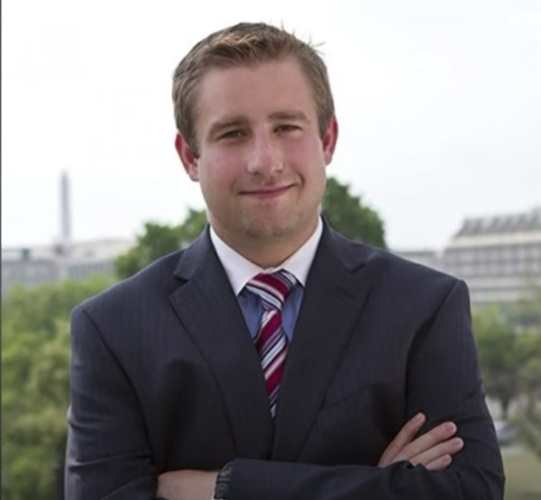 With last week’s testimony of Robby Mook (Clinton Campaign Chair) at the Michael Sussmann trial, Hillary Clinton is toast whether Sussmann is convicted or not.  The Russian Collusion narrative now should be dead and buried.  Real Clear Politics has an excellent summary of the collusion and conspiracy of the players now exposed, including the Clinton campaign that perpetuated the Russian Collusion narrative.

With this new information and the demise of the Russian Collusion narrative, it’s time for a new look at the untimely death of Seth Rich.  If the Russians did not hack the DNC server, who did?  There was damaging information to the Clinton campaign in this alleged hack.  Julian Assange did have information that he later published.  However, Assange continues to say it was not the Russians that gave him the data.  As Cashill writes, Wikileaks offered a $20,000 reward for information leading to the arrest of Rich’s killer. The damage control by the Clinton campaign was to blame the hack on the Russian Collusion narrative.  Was this a disinformation operation by our spooks – CIA Director John Brennan and Director of National Intelligence John Clapper et al?

The Russian Collusion narrative began from before Donald Trump was elected and continued through his Presidency.  The narrative was that Trump was a Russian agent.  Hillary Clinton and the Deep State were very kind to the Russians when Hillary was the Secretary of State, notably regarding Uranium One, as reported by the WSJ and the NYT.  The Clinton Foundation later received $145 million.  Bill Clinton was paid $500,000 for a speech in Moscow.  This deal never resulted in any action against Hillary Clinton or the usual suspects.

Before the 2020 election, fifty sycophant spooks lied including Brennan and Clapper in signing a letter to deep-six Hunter Biden’s Laptop from Hell as Russian disinformation.  Our Intel community is hot to get Assange extradited to the U.S.  Why?  Is it possible the usual suspects are covering for serious felonies they committed before and after the 2016 election?  The forensic  examination of the DNC server was done by Crowdstrike, hired by the DNC– a yellow flag.  The DNC denied the FBI access to the actual DNC servers.  A real investigation wouldn’t have allowed this – another big red flag.  Again, what if the DNC hack was a local leak delivered by hand to Assange?

Seth Rich reportedly, a Bernie Sanders supporter with IT experience, was working for the DNC.  Rich had access to the DNC server.  Rich most likely learned that Hillary was sandbagging Sanders.  Rich was attacked and shot to death, leaving a bar in a nice area of D.C. late at night.  Nothing was taken from Rich in this robbery.  The DC Metro P.D. so far has kissed this death off as a random robbery.

The FBI denied any knowledge of Rich’s murder.  After a long series of FOIAs by Judicial Watch and others, including suing the U.S. Department of Justice, the FBI finally admitted it had files on Rich’s murder.  Later the FBI did disclose it had Rich’s laptop. Arguably, a game of cat and mouse with overtones of the FBI lying by omission:

After more than four years of repeated denials from the FBI that they had searched their files and had no information on Seth Rich, we now know that was a blatant lie.  It was David Hardy, a FBI Senior official, who put that denial in writing in September 2017. . . . He stated under oath that the FBI had no records on Seth Rich . . ..  [source]

FBI has completed the initial search identifying approximately 50 cross-reference serials, with attachments totaling over 20,000 pages, in which Seth Rich is mentioned . . . . FBI is also currently working on getting the files from Seth Rich’s personal Laptop into a format to be reviewed. . . .The goal right now is to describe, generally, the types of files/personal information contained in this computer.  [source]

Shades of deep-sixing Hunter Biden’s hard drives by the FBI — also a major red flag.  The FBI, DOJ and others in the Deep State haven’t been truthful of late, including doing politically biased investigations, filing fraudulent FISA search warrant affidavits to spy on Trump, investigating parents as domestic terrorists who attended local school board meetings, the “The January 6th ‘Insurrection’ that Wasn’t,” and lastly the meme there was no election fraud in the 2020 election – See 2000 Mules.

What about the number of deaths of people in the orbit of the Clintons, including Jeffrey Epstein?  Epstein, in my speculation, was an asset running a honey pot operation for some yet unknown intel agency to gather comprising information on the rich and famous [Epstein only got a slap on the wrist in Florida].  If Rich was the leaker, he was a loose end, too, that had to go, as he could expose the Russian Collusion narrative as a lie.

A new investigation is warranted into the death of Rich.  It must start with Rich’s laptop… if the data hasn’t been destroyed yet.  That should be followed by working upwards in the Deep State hierarchies, including the Clinton and Biden families, sweating the henchmen, including Mook, FBI Director James Comey, Brennan, Clapper, Jake Sullivan, and others, regarding any knowledge of the death of Rich.  There is no statute of limitations for murder.  Murder is generally a state crime; however, the DOJ and FBI do have jurisdiction to investigate Rich’s murder as a potential unindicted predicate offense of a joint venture criminal conspiracy.

Rich’s murder and other related potential crimes need to be thoroughly criminally investigated for accountability of the perpetrators, but more importantly for the serious national security concerns by expanding the mandate of Special Counsel John Durham or appointing another special counsel.

Since the Obama Administration, in my opinion, there has been an ongoing joint venture criminal conspiracy as described by Kash Patel.  This conspiracy includes the Clinton and Biden crime families, with many of the same actors, both foreign and domestic working together for their common self-interested purposes.  This conspiracy committed many crimes, against the People of the United States including a coup of sitting President.  It constitutes a coup using an illegal usurpation of power, by treason, mutiny, bribery, frauds, and thefts of public funds, and cover-ups and obstruction of justice committed by a criminal enterprise[s] as defined in Racketeer Influenced and Corrupt Organizations Act (RICO).