Respected conservatives like Tucker Carlson and Pat Buchanan are raising objections to our involvement in Ukraine, and they deserve to be heard. But I think they are wrong.

Respected conservatives like Tucker Carlson and Pat Buchanan are raising objections to our involvement in Ukraine, and they deserve to be heard. But I think they are wrong, with all due respect. They miss the geopolitical picture almost entirely, which is disappointing.

I don’t have any love for Ukrainian politics, which are almost as dirty as Joe Biden’s. Like most of us, I do have a lot of admiration and liking for Ukraine’s heroic popular resistance against a near-genocidal assault, waged against them by Putinist Russia, an assault that almost puts Hitler, Stalin and Mao Zedong to shame. 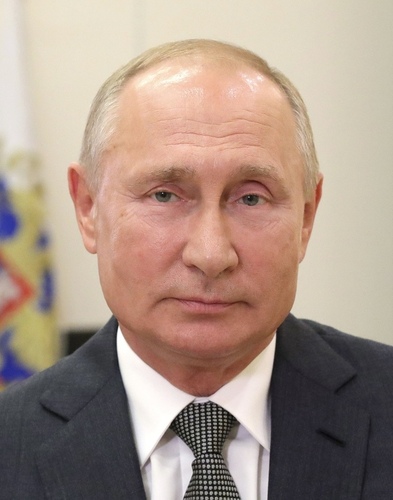 Putin’s war has returned Europe to the horrible 1914-1930s period, when it comes to sheer ruthless cruelty to innocent civilians, women and children most of all.  There are two aspects of the Russian assault that Tucker and Patrick Buchanan are missing.

One is moral. The other one is geostrategic.

The moral critique is obvious enough, because Putin has been bombing civilians to kill, maim, kidnap, rape and scare them into submission. This is all purposeful, part of standard Russian strategic doctrine.

The West has closed its eyes to his city-bombing assaults on Chechnya, Georgia, Crimea and the Donbas. Chechnya had it worst, because Putin didn’t even want to spare the infrastructure he would need to impose his own rule on the Chechens. In Ukraine, Putin has (until now) tried to hit civilians, but not the center of Kyiv, for example, because he expected to use that infrastructure himself. But now that he’s failed in that effort, he is hitting the power and water supply in the Ukraine to give Ukrainians a taste of Slavic winter without heat, without water, without food. Stalin killed by imposed mass starvation, and Putin is trying to do the same.

The West has actually enabled Putin’s murderous practices in Chechnya and elsewhere, because, frankly, we did not want to deal with Chechnyan jihad warfare ourselves.

That was an intelligent but conscienceless strategic decision for the West: Let Putin exercise his wrath on jihadist forces in the Stans.

A US Marine Corps study recently pointed out that Putin”s assault on Ukraine is nothing new – it’s how he’s behaved since 1990, the end of the Soviet Empire. But Western media have closed their eyes to that brutal fact, because we felt protected by Putin’s ferocity when it was practiced against forces that threaten us as well.  That’s the cynical geopolitical side of things, and you can certainly disagree with that morally blind way of looking at the world, but you can’t say it’s irrational. Nations and peoples have always calculated the strategic odds, in addition to thinking about the horrors of aggressive war.

When push comes to shove, we do choose to be practical, even if it enables some pretty evil things. How much do ordinary people worry about constant gang warfare among black and Hispanic drug gangs in Chicago? We are shocked by horrific school shootings, which are evil enough, but urban warfare in our cities is just part of the background noise of daily life.

But Ukraine is different because Russia’s assault breaches the entire status quo in Europe since World War 2 — 75 years of peace and stability. Today, Vladimir Putin has changed the assumptions of post-war Europe forever, like it or not.

And Ukraine is a real domino, which, if it falls, endangers the entire Eastern European part of the former Soviet Empire: Poland, Romania, the Czech Republic, Hungary, all the way to Germany itself. This domino theory is exactly right, because Putin has openly proclaimed a Domino Doctrine: he wants all of the Soviet Empire back, and more. This is a clearly expressed aggressive strategic doctrine, right from the Kremlin itself.

And guess who is looking at the Ukraine invasion as a test case for its own imperial cravings? Yes, it’s modern China, now many times as rich and powerful as the Soviet Empire ever was.

What has happened in Ukraine is therefore not just a local or regional matter. It’s a proxy war between the West and rising totalitarian powers, in close alliance with each other.

The old Axis alliance between Nazi Germany, fascist Italy and Shinto Japan is back in a very different form, but just as dangerous. Today’s anti-Western alliance combines the murderous Iranian mullahs and their Iranian National Guards, Putin’s Russia, and Xi’s China; and President Xi has just been proclaimed ruler for life.

There will be post-war analyses of Ukraine, but here is my best guess today:

The Ukraine war has forever changed the nature of advanced warfare, because Russian tanks, artillery, naval ships and perhaps even its air force has met an entirely new generation of weapons, intelligent and deadly drones of all kinds. These intelligent weapons systems sank the proud Moskva, the flagship of the Russian Black Sea navy, right at the beginning of the war. Just recently Ukraine has managed to sink the only Russian aircraft carrier, again in the Black Sea, mainly using land-launched intelligent cruise missiles, and air-launched smart and dumb bombs.

What this means militarily is that the lumbering portable bunkers called “tanks,” which rose to fearsome power in World War I, have finally met their match. A single soldier equipped with anti-tank, anti-aircraft, and anti-personnel shoulder-carried weapons, can now do the job previously done only by heavy artillery. The war has shown that machine intelligence can beat the best steel and reactive armor, and (so far) even the best defensive weapons mounted on the Moskva and other major naval ships in the Black Sea.

We are therefore seeing a fundamental revolution in the armamentarium of conventional warfare, which may become as important as the invention of the wheeled chariot in the Bronze Age, or the deployment of the well-drilled Roman legions.

It should be said that the HIMARS anti-artillery weapon represents another totally new method of counter-battery fire, a way in which intelligent artillery and intelligent defensive weaponry may be able to compete. Nobody knows how that will turn out, because we are now seeing another arms race, intelligent weapons pitched against each other.

One sign of the new age is the fact that the modern Russian air force has played almost no role in this war. There is only one plausible explanation, namely that Ukraine air space has become too dangerous to risk advanced Russian warplanes. That is a plausible guess about the lack of Russian control of the air space over Ukraine.

So this is a proxy war that has just demonstrated that all the old military calculations are now off. Last year’s best guesses have just been shown to be worthless. The fact that Russia is now using Iranian war drones with some success, shows that the bad guys now have competitive intelligent weapons.

Why is all this so important militarily and geopolitically? Because proxy wars are commonly the testing grounds for major competing military powers. The Vietnam War was a proxy between the West and Mao’s China, although the Pentagon never said so. The Nazi invasion of Poland was a probe to test Russian, British, French and US deterrence against the return of the Germanic Empire. The crumbling of Poland famously failed to deter Hitler, and that fact had brutal consequences for Western political values all over the world.  Pearl Harbor was another test of American resolve.

And Ukraine today is yet another test, this time pitting a feeble Germany and a risk-averse France against a rising Russian imperial threat.  Before this rapid war, Germany had ceded control of its energy supplies to Putin’s Russia. France had fallen back on mostly nuclear power plants. Biden’s America had just abolished American energy independence achieved by Donald Trump’s brilliant and successful economic and foreign policies, including the biggest advance in Middle Eastern peace in many decades, the Abraham Accords.

All those advances in peace and freedom have been purposefully reversed by the Biden gang, in just a few years. Most of us know that we are being under assault by enemies, foreign and domestic, although their exact identity is still in the shadows, just as Stalin’s deep penetration of US, UK, and European nations was a shadowy reality, until the first Soviet nuclear bomb of 1949 provided blinding clarity.

Ukraine is therefore a horrific but very real test bed pitting more democratic nations against unquestionably tyrannical dictatorships. So far, direct assaults against the US have been psywar, probably covid biowar, and soon, perhaps, economic warfare. We are under constant assault, and we feel it, but we are unsure about the name of the threat. But we can make a pretty good guess.

In any case, the war in the Ukraine, as bloody and expensive as it undoubtedly is, as politically harmful at home and abroad, is not an optional war for the West. Like all wars, this one has brought much more clarity, so that even Green-pacifist Germany has been scared out of its dogmatic slumbers, while former Soviet colonies in Europe, plus

Sweden and Finland are deeply alarmed and now committed to the fight.

None of this is good, but all of it is badly needed today for survival tomorrow.

So, Tucker and Buchanan are wrong on this one.

James Lewis is the pen name of a scientist.