Will There Be School This Fall? – American Thinker<!—->

Biden is a mess. He and his Cabinet are doing their best to ensure a lost generation among America’s children.

Normally, I like economists. They’re scientists, work with numbers, focus on the future—all positives in my book…usually. But good grief, Dr. Janet Yellen, when was fast-rising inflation ever a hiccup and not full-blown pneumonia? We both lived through the 1970s, so don’t say you couldn’t have known skyrocketing prices wouldn’t just be bad but also be enduring. And since when was minting new trillions ever the solution? This inflation may shut down American schools altogether in the fall, especially when allied with the administration’s hard-left social and environmental policies.

The USDA’s Tom Vilsack is horning in on the Department of Education’s territory by trying to force all schools to offer environments that resemble that one in Loudon County Virginia. That’s where a fully-intact boy dressed in a skirt raped a girl in a “gender fluid” girls’ high school bathroom. To that end, the Biden Administration is threatening to let little kids, including children of color, go without breakfast, lunch, and snacks at school if the state, school district, or parents try to protect the children’s innocence and personal safety. Biden doesn’t care about the children, and his federal overreach policies prove it.

Sixty percent of the nation’s 50 million school children regularly participate in the USDA’s school-based food programs. A combination of Grand Solar Minimum-driven weather variations lowering some crop harvests and continuing COVID-related disruptions in food production, packing, processing, and distribution, affected food availability this past year in the grocery stores. Institutions—in which pre-portioned food is the norm—saw even more shortages. The USDA waived nutritional and other requirements in the program because schools were unable to meet them. The war in Ukraine, which the Biden administration could have avoided but didn’t, is only going to exacerbate the problem.

At the beginning of this school year, the USDA increased food reimbursement rates to schools by 15% and, in January, by another $0.25 per meal. Still, most school districts said it wasn’t sufficient to cover the costs.

With monthly jumps in the price of everything, will the school lunch program be sustainable by this fall? Is canceling the program for schools that maintain traditional toileting facilities perhaps just a way to provide enough funding to feed only some of the children? How will the more culturally modest components of the poorer urban areas react to this?

School starts two months before the mid-terms. We’ll see if Dems letting the kids go hungry is a winning strategy.

Then there’s the fact that slightly more than half of our children ride the bus to school. Leaving aside labor shortages and labor cost increases, will the buses be running this fall? Almost all school buses run on diesel fuel which is outstripping gasoline in price increases this year. Do state and local jurisdictions have the budgetary flexibility to cover these costs as they rise week after week?

Most school bus models require diesel exhaust fluid (DEF) to meet EPA emissions standards. DEF, which is made with urea, is in global short supply and thus costs much more than last year. The U.S. imports most of its urea so we are not immune from this shortage. 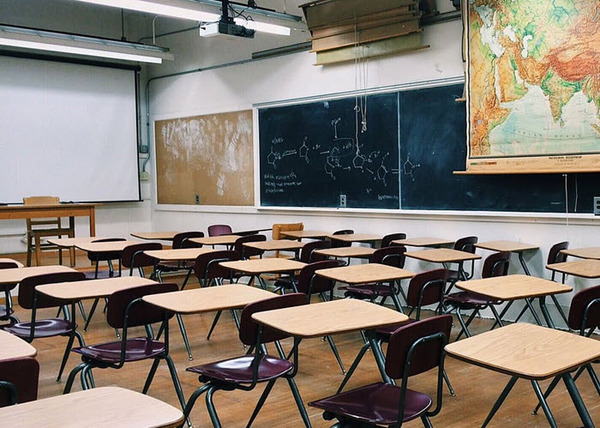 Motor oil for diesel engines is also in short supply and thus expensive. Sinopec, the world’s largest petroleum lubricant manufacturer, expects to run out of it in a month and not to have more in stock until the first quarter of 2023. If schools are open, will there be sufficient resources to continue to support programs like athletics and half-day kindergarten that rely heavily on the bus system?

Nationwide, rolling power brownouts are forecast for this summer. Do we think they will magically cease when fall arrives? Or not affect school facilities along with the rest of the community? Heating oil doubled in price from winter 20-21 to winter 21-22. How will even higher-priced heating oil this coming winter impact school operations?

Will teachers and classroom aides be able to afford the gas to get to work? Will parents who routinely drive their kids be able to cover the cost of two trips a day?

All this plus teacher and other school staff shortages, declining public school enrollment rates, community uproar over dumbed-down textbooks and age-inappropriate library books, and the increased scrutiny school operations are receiving from newly-elected school boards led by outraged parents all bring a sense of uncertainty to our K-12 educational structure.

From a philosophical and cultural point of view, this might not be such a bad thing. Parents have had some practice over the past couple of years taking charge of their children’s schooling with enforced virtual classrooms. Increased parental participation and the efforts of Christopher Ruffo’s and Libs of TikTock’s Twitter accounts brought to light a staggering amount of bad teacher behavior, awful curricula, and irresponsible school administrators.

Homeschooling is a mature process now with many options, some free state-sponsored, others available from a variety of vendors of full-year teaching materials. Alternatives to regular public school exist in many forms including parochial, Montessori, charter schools, and blended high school/college coursework. Hybrid learning environments in which students participate virtually in some classes, physically in others, and work independently on some courses are all around.

Biden’s “unbeatable economic performance” has brought our country to the verge of catastrophe and shows no signs of spinning into a turn-around. More likely, I think we’ll see a skid right off the cliff. Forcing working parents home this fall to oversee their children’s educations will have a depressing effect on an already bad economy, even worse than in the past couple of years. Nevertheless, if high prices and shortages interrupt the coming school year for our children, we need to be prepared. We can’t afford the disaster another year of poorly organized, couple-of-hours a day virtual learning would visit upon us.

Practically speaking, parents and caretakers should start laying in a good supply of school supplies at home, including extra printer ink and paper, art/music supplies, and learning aids. Making sure the household has a full pantry in advance to cover more meals and toileting at home would be prudent, too.

Starting now, given a few months’ advanced notice, parents may opt into alternatives to public school, ones more palatable to their ethics than the offensive critical theory-driven pablum currently being served up. Neighbors may together organize a teach-share schedule that allows them to work some or most days. Teens may find opportunities for community service as educational mentors right on their own blocks.

Parents, who love their children more than life itself, can turn these frightening times into an opportunity to take up their rightful places as the educational managers for their beloved offspring. States and school districts, if they are wise, will use this summer to brainstorm with their communities and, together with parents, develop, prepare, and communicate contingency plans for continued learning outside of the usual school facilities.