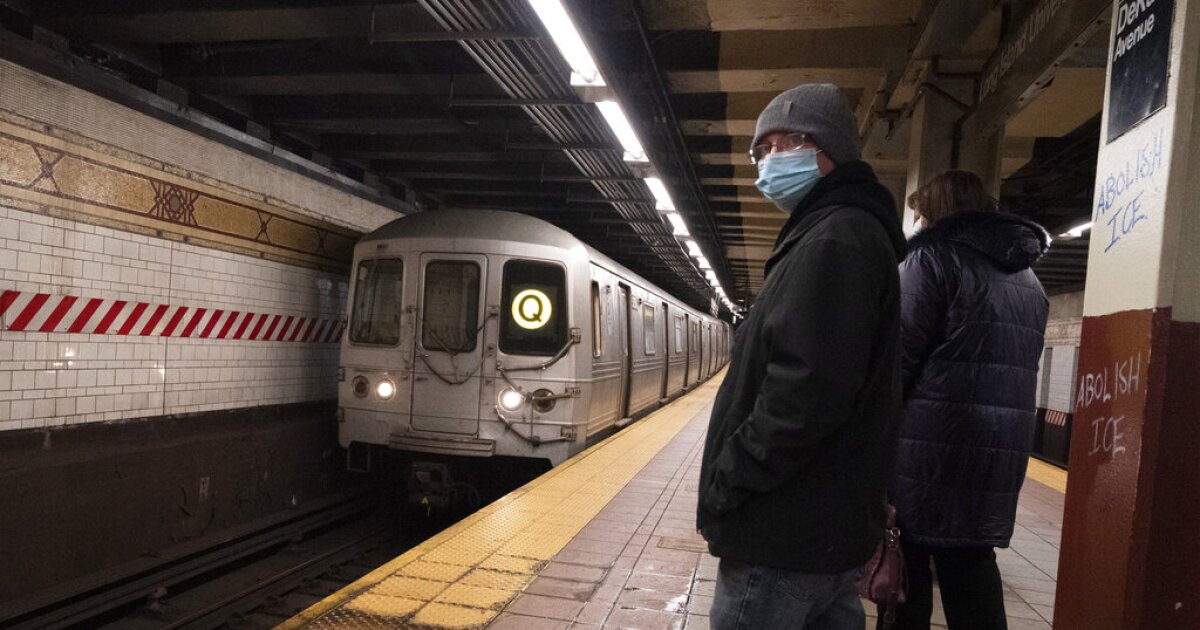 A man riding the New York City subway was shot and killed Sunday in what police are calling an unprovoked attack, the latest random act of violence to rock the transit system. The shooter remains at large.

A man riding the New York City subway was shot and killed Sunday in what police are calling an unprovoked attack, the latest random act of violence to rock the transit system. The shooter remains at large.

Daniel Enriquez, the 48-year-old victim, was traveling on a northbound Q train across the Manhattan Bridge around 11:45 a.m. when the shooting occurred, according to New York City police. According to law enforcement, a man pacing about the train car pulled out a gun and shot Enriquez in the torso at close range “without provocation.” The shooter fled as the train pulled into a Manhattan subway station and has not been apprehended, according to police.

“Preliminary investigation reveals the suspect was walking back and forth in the same train car and, without provocation, pulled out a gun and fired it at the victim at close range as the train was crossing the Manhattan Bridge,” Kenneth Corey, NYPD’s chief of department, said at a news conference.

The gunman was described by police as a heavyset, dark-skinned man with a beard, wearing a dark sweatshirt, orange T-shirt, gray sweatpants, and white sneakers. He fled from the Canal Street subway station and remains at large.

NEW YORK PARAMEDIC SHOT BY PATIENT WHILE RIDING IN AMBULANCE

The suspect and Enriquez were not acquainted and had no interaction before the shooting, police said.

Enriquez lived in Brooklyn and worked for Goldman Sachs, his sister, Griselda Vile, told the New York Times. He was heading to brunch in Manhattan when he was killed, according to Vile.

“It’s horrific, this is a horror movie,” Vile told the paper.

“My heart breaks for the victim’s family. Everyone deserves to feel safe on our subways. I’ll keep fighting to make that a reality,” New York Gov. Kathy Hochul said on Twitter.

Enriquez’s slaying is the latest in a string of violent incidents aboard New York subway trains or in stations.

In January, a homeless man, 61-year-old Simon Martial, allegedly pushed 40-year-old Michelle Alyssa Go in front of a moving train inside a subway station in Times Square, killing her.

According to police, four people have been killed on New York subway trains or in train stations in 2022.

Felony crimes in the subway system were up 53% last month compared to April 2021, as ridership increased as fears of COVID-19 waned.