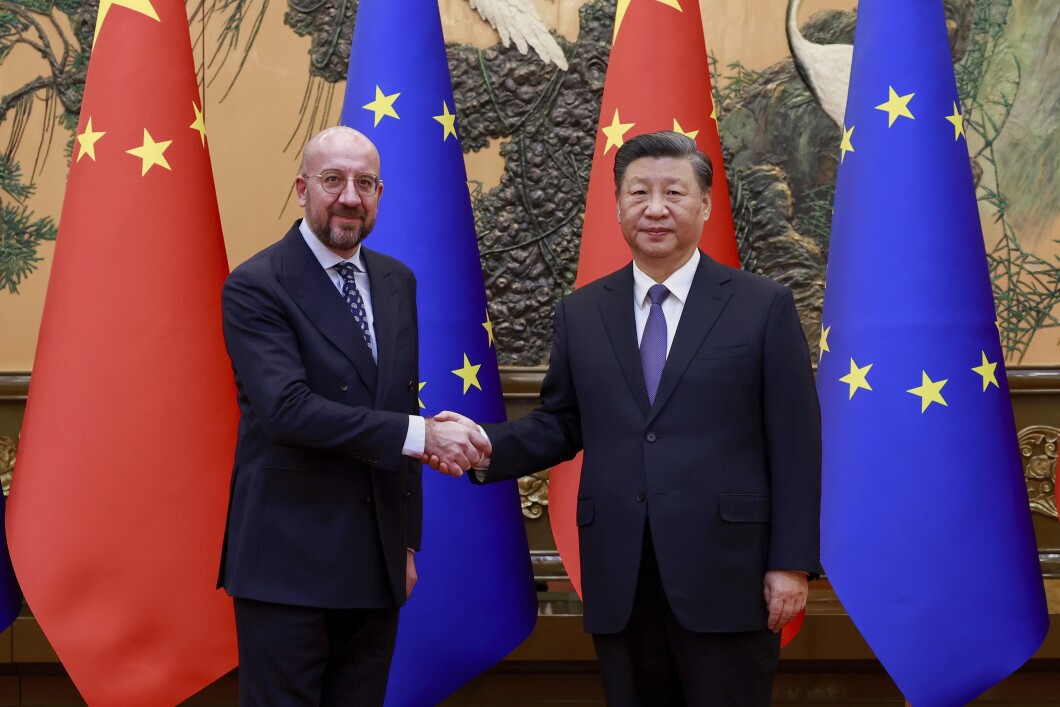 Chinese President Xi Jinping privately acknowledged the civil unrest over the country's stringent "zero COVID" policy in conversations with a European official, according to multiple reports.

Chinese President Xi Jinping privately acknowledged the civil unrest over the country’s stringent “zero COVID” policy in conversations with a European official, according to multiple reports.

Stopping short of acquiescing to the democratic underpinnings in some of the demonstrations, Xi told European Council President Charles Michel during a meeting in Beijing on Thursday that the protesters were “mainly students” exhausted from the three years of harsh pandemic suppression measures, sources told CNN and the Wall Street Journal.

Michel provoked the acknowledgment from Xi when underscoring the effectiveness of vaccines, per the Wall Street Journal. China has spurned Western vaccines and opted for its own, which tout a markedly lower efficacy.

Over recent days, footage swirled on social media showcasing protesters demonstrating against the “zero COVID” policy and even calling for Xi’s resignation in some instances. Chants of “Freedom!” and “Xi Jinping, step down!” were heard from protesters on the streets of cities, including Beijing and Shanghai.

Much of the outcry was catalyzed by the building fire that killed 10 amid sealed-in apartment doors due to quarantine policies in the western city of Urumqi, Xinjiang. That province has been in lockdown for nearly three months.

Some have compared the recent tumult to the 1989 Tiananmen Square pro-democracy movement, which prompted a bloody crackdown from the Chinese Communist Party credited with killing somewhere between hundreds to several thousand demonstrators. Many observers have noted the unrest has been smaller in size thus far.

This is an extraordinary, historic moment in China
Protests are breaking out across the country-from Beijing, to elite colleges, to other major cities, and even far flung places
Shocking to hear people chanting for Xi to step down
This is people past their breaking point @cnn pic.twitter.com/6lccNGIycT

Xi recently secured a third five-year term as the head of China. Under his reign, China has sought to root out the spread of COVID-19 and achieve no new infections through government policy, drawing a sharp contrast with the recent approach of many Western nations. Chinese state media have largely rallied in defense of the policy approach, arguing it was needed to save lives.

In addition to snap lockdowns and strict quarantine measures, the Chinese government has enacted mass testing and leaned on technology to keep its citizens in line. Other Chinese officials had similarly hinted at a relaxation of COVID-19 lockdown measures in the wake of the mass protests. China’s Guangzhou city recently eased some of its restrictions.

During the three-hour meeting Thursday in China’s Great Hall of the People, Xi and Michel also discussed the raging war in Ukraine, trade matters, Taiwan, Xinjiang human rights concerns, and more, per European accounts of the discussion.