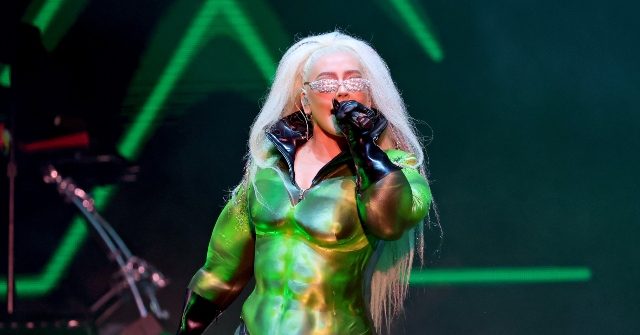 Aguilera performed at the event, which Los Angeles Daily News describes as an “all-ages” L.A. Pride in the Park music festival to “celebrate the LGBTQ+ community.”

“Held the day before its annual LA Pride Parade in Hollywood on June 12, LA Pride in the Park is a ticketed event loaded with live music, a myriad of vendors and exhibitors, interactive sponsor activations and activities and diverse food and beverage options, including beer gardens for those 21 and older,” Los Angeles Daily News explains.

During her performance Aguilera donned a variety of LGBTQ+-themed outfits, including a red PVC vinyl, a neon green and yellow “horn-titted” bustier, and a pink bodysuit with flamingos for breasts, among several other looks, according to a report by Vulture.

The singer was also seen wearing a full rainbow flag ensemble, which included a transgender flag over her genitalia.

In 2010, Aguilera told Out magazine that while she is attracted to women, she doesn’t think she “could ever really be with a woman,” because “there’s a lot of estrogen.”

“And you know, I love dick,” she added. “To be honest, that I cannot live without.” 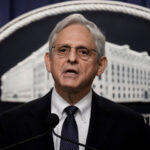 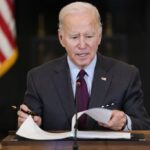