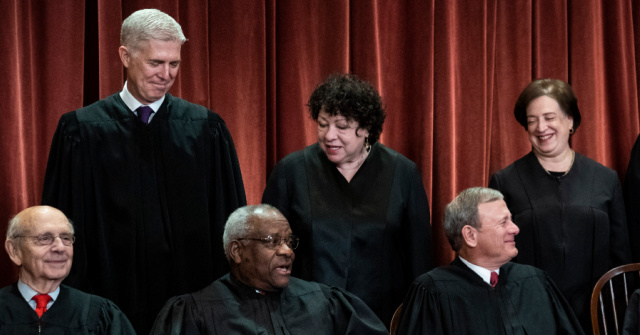 Speaking at the American Constitution Society on Thursday, the liberal Sotomayor hailed her colleague as a “man who cares deeply about the court as an institution.”

Acknowledging that they often disagree with one another, Sotomayor said she and Thomas “share a common understanding about people and kindness towards them.”

“Justice Thomas is the one justice in the building that literally knows every employee’s name, every one of them. And not only does he know their names, he remembers their families’ names and histories,” she said.

“He’s the first one who will go up to someone when you’re walking with him and say, ‘Is your son okay? How’s your daughter doing in college?’ He’s the first one that, when my stepfather died, sent me flowers in Florida,” she added.

Sotomayor’s comments reflect the collegiality she showed to Justice Brett Kavanaugh after he was sworn into the court.

“It was Justice (Clarence) Thomas who tells me that when he first came to the Court, another justice approached him and said, ‘I judge you by what you do here. Welcome.’ And I repeated that story to Justice Kavanaugh when I first greeted him here,” Sotomayor told former Obama adviser David Axelrod.

“When you’re charged with working together for most of the remainder of your life, you have to create a relationship,” she continued. “The nine of us are now a family and we’re a family with each of us [having] our own burdens and our own obligations to others, but this is our work family, and it’s just as important as our personal family.”