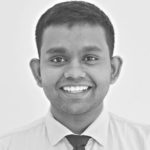 Disinformation Governance Board leader Jennifer Paskal has three connections to the controversial Soros, according to the Media Research Center. Soros is known for backing left-wing causes in the United States and Europe.

Before being chosen to serve in the Disinformation Governance Board — dubbed by critics as the Biden administration’s “Ministry of Truth” — the Homeland Security Deputy General Counsel (Cyber and Technology) had served as an Open Society Institute fellow, according to the report.

The Soros-founded and chaired grantmaking network claims to back civil society groups worldwide with the intent of promoting justice, independent media, justice, education and public health.

The organization is known for supporting leftist movements like Defund the Police and Black Lives Matter.

Paskal has also served as the senior counterterrorism counsel at Human Rights Watch, a human rights organization funded by the billionaire. According to Media Research Center, Soros gave the organization $32,106,746 between 2000 and 2014.

The Brown University and Harvard Law School graduate had also worked as the founding editor of Just Security, an online publication also funded by Soros, which focuses on national security, foreign policy and human rights analysis.

Soros gave Just Security, an NYU Reiss Center on Law and Security project, $675,000 in grants between 2017 and 2019, according to the Media Research Center.

Soros and many of his funding recipients are actively involved in fact-checking programs wherein an organization assumes the role of being the arbiter of truth, dismissing alternative perspectives as misinformation and fake news and calling for censorship of opposing viewpoints.

Do you think the Disinformation Governance Board is unconstitutional?

The Poynter Institute in January published an open letter from fact-checkers to YouTube, calling for more censorship of the platform, claiming it is used by “unscrupulous actors to manipulate and exploit others, and to organize and fundraise themselves.”

The Soros-backed Britain-based fact-checker Full Fact in 2020 denied the validity of the lab-leak theory in explaining the origins of COVID-19, only to be faced later by major outlets acknowledging the possibility of a lab leak later on during the course of the pandemic.

“The fact that Soros has one of his former fellows leading Biden’s government-sanctioned Ministry of Truth should concern every American citizen,” the Media Research Center said.

The Biden administration’s Secretary of Homeland Security Alejandro Mayorkas revealed in late April that the Department of Homeland Security had formed a Disinformation Governance Board headed by Nina Jankowicz, who once deemed news of the contents of Hunter Biden’s laptop to be part of a Russian disinformation campaign. Virtually all news outlets now acknowledge the laptop and its contents to be authentic.

Jankowicz was a former disinformation fellow with the Wilson Center who worked for the Foreign Ministry of Ukraine on a Fullbright Policy Fellowship.

During her time with the National Democratic Institute, she supervised the institute’s Russia and Belarus programs, according to Politico.

News of the Disinformation Governance Board drew outrage among Republicans and free-speech advocates in light of the Biden administration’s hyperbolic definition of what constitutes extremist and disinformation.

Republicans vowed to thwart the board from stifling the First-Amendment rights of Americans through legislative action.