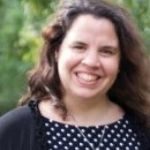 In a macabre mashup of two of the most diabolical concepts to ever reach the mainstream, witnesses at a congressional hearing on Wednesday advocated for both child murder and radical...

In a macabre mashup of two of the most diabolical concepts to ever reach the mainstream, witnesses at a congressional hearing on Wednesday advocated for both child murder and radical gender theory.

The House Judiciary Committee conducted the “Revoking Your Rights: The Ongoing Crisis in Abortion Care Access” hearing in response to a leaked draft of a Supreme Court decision that is expected to overturn the Roe. v. Wade decision.

“What do you say a woman is?” Bishop pointedly asked Arrambide.

“I believe that everyone can identify for themselves,” she replied.

“Do you believe that men can become pregnant and have abortions?” Bishop asked.

Arrambide’s wholesale acceptance of the insane idea that men can get pregnant is proof that holding leftist ideas will undermine one’s grip on reality.

Do you think abortion and radical gender ideology are equally destructive?

This was supported by Arrambide’s earlier testimony, where she claimed that the right to kill her unborn child at 25 made her a better mother to the two she deemed fit to live.

“I wouldn’t be the mother that I am today and have the two wonderful children that are my whole world,” she claimed.

Unfortunately, Arrambide wasn’t the only Democratic witness to get tripped up by such a basic question.

Dr. Yashica Robinson had a difficult time defining what a woman is — despite her professional experience as an OBGYN and board member with Physicians for Reproductive Health.

“Dr. Robinson, I noticed in your written testimony you said that you use she/her pronouns. You’re a medical doctor — what’s a woman?” Bishop asked the doctor.

“I think it’s important that we educate people like you about why we’re doing the things that we do,” Robinson deflected.

“And so the reason that I use she and her pronouns is because I understand that there are people who become pregnant that may not identify that way,” Robinson claimed.

“And I think it is discriminatory to speak to people or to call them in such a way as they desire not to be called,” Robinson claimed without really answering what should have been a softball question.

Whether it is abortion or transgender ideology, this kind of cognitive dissonance goes unreconciled in leftists and softens the ground for more insane and contradictory ideas to take root.

Though it seems that abortion advocacy and gender ideology would be in opposition to one another — after all, it’s difficult to speak of unwanted pregnancy as women’s oppression when they claim that men can also gestate — they make wonderful bedfellows because they’re founded on the same principles.

Those who advocate abortion must deny the unequivocal fact that life in the womb is human, just as those who support transgenderism must deny the objective reality of biological sex to advance their cause.

While abortion exists to fulfill the mother’s wants to the exclusion of the child’s rights, gender ideology similarly seeks to confirm the individual in his or her delusion while punishing those who express the truth.

Most importantly, both abortion and radical gender theory are tools of the devil for the purpose of destroying humanity — and the left has heartily embraced them both.

These people have been warped and wounded by these two ideologies, among others — and unless they turn back to God, they’ll only descend further into this madness.