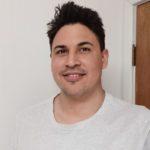 By now you are aware that Biden took a fall on Saturday. The incident stunned the world (though maybe it did not surprise it). The only thing missing from this...

By now you are aware that Biden took a fall on Saturday. The incident stunned the world (though maybe it did not surprise it). The only thing missing from this Life Alert moment was Biden screaming, “Help, I’ve fallen and I can’t get up!”

Biden said his foot was simply caught in the cage of the pedal, which can happen to bicyclists.

But Dr. Marc Siegel, a Fox News contributor, suspects there could be an additional reason that caused the fall.

In an interview with Fox News’ Tucker Carlson, Dr. Siegel, a clinical professor of medicine said, “I’m a cyclist and I’ve been a cyclist all my life. … Now he’s 79-years-old but we heard from his physical last year — has everyone forgotten this — that he had a sudden change in gait — rigid gait, stiff gait. … It looked very awkward to me as a cyclist the way he fell out of that pedal, and I’m not used to seeing that.”

“There’s a study in the Frontiers in Human Neuroscience that came out in 2017 that said that cycling is the exact right exercise to use if you have Parkinson’s — which I don’t know if he has — problems with gait or problems with thinking, executive function.

According to MedlinePlus, gait can be “a stiff, foot-dragging walk caused by a long muscle contraction on one side,” or a “foot drop where the foot hangs with the toes pointing down, causing the toes to scrape the ground while walking, requiring someone to lift the leg higher than normal when walking,” among other variations.

As Dr. Siegel mentioned in the interview, Biden’s physical in 2021 did indeed reveal that he had gait, “As stated above, the President’s gait appears to be perceptibly stiffer and less fluid than it has been in the past,” the document read.

“It is also well known that approximately a year ago he sustained a fracture in his right midfoot, which could certainly contribute to a gait abnormality.”

Is Joe Biden physically capable of being President?

To be clear, there is nothing funny about an old man falling off a bike.

Yes, Biden is the source of many of our woes, and laughing at the incident is tempting because of that.

Whether or not Biden is an enemy is certainly up for debate. But the question keeps circling back like former Press Secretary Jen Psaki never could: Is the man capable of holding the highest office in the country?

The man has basic but serious leadership flaws (nobody’s perfect). For instance, maybe we would all sleep better if Biden took even a little bit of responsibility for how bad he has messed things up.

With Biden, however, the blame is always on something outside himself.

Priceless: In Rare Interview Trump Reveals What He Really Thinks About Being Impeached 2 Times