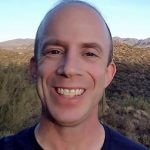 The latest work looks at women from both the Old and New Testaments through the lens of family relationships, the “Fox News @ Night” personality and chief Fox legal correspondent told The Western Journal.

“There are some [stories] of faithful, beautiful, courageous families in the Bible,” Bream said.

“There are others that are very dysfunctional, but I think it’s great that God includes all of those because we can all identify with some part of that at different points in our life,” she added.

“So, I hope what ultimately happens is that people just are encouraged by the stories that maybe they’d never knew were in the Bible,” said Bream.

She breaks her book down into three sections: “Mothers and Daughters”; “Mothers and Sons”; and “Daughters and Fathers.”

One of the most consequential acts by a mother/daughter team in the Bible, or in all of human history for that matter, was recorded in the Old Testament book of Exodus. It tells the story of when the Hebrews were enslaved in Egypt, and Moses’ mother, Jochebed, and sister, Miriam, saved him as a baby from Pharaoh’s death decree.

The Egyptian ruler had ordered, about 1400 B.C., that all Hebrew baby boys be killed immediately after they were born.

Jochebed and Miriam “both had to be very brave,” Bream said.

Do you think the Bible has lessons for our times?

“Remember, these women were Hebrew women at a time when they were essentially slaves under Pharaoh’s Egyptian rule, and they didn’t have a lot of choices or freedom in life at all,” she said.

Bream’s book gives a brief history of how the Hebrews came to Egypt from their native land in modern-day Israel to escape a famine. Joseph, a Hebrew, had risen to prominence as the second-highest ruler under Pharaoh through a providential chain of events.

And he made sure they received good land to settle in near the mouth of the Nile River, called Goshen.

After Joseph died and generations passed, the leaders of Egypt came to no longer view the Hebrew people favorably.

“In fact, Pharaoh was so worried about how God was blessing the Hebrews, and they were multiplying and succeeding, that he had this great idea to say, ‘I am going to put a stop to this,’” Bream told The Western Journal. “He was very threatened by them and said, ‘Every Hebrew child that’s born, if it’s a male, you have to throw it in the Nile River.’

“I mean, atrocious, horrendous to think about a mother, a pregnant Hebrew mother, having to think about this horrific decision, this order that she’s been given.”

But Jochebed, the Bible tells us, saw something special in Moses and defied Pharaoh’s order, hiding him for three months.

“Maybe she saw that he had some kind of spiritual destiny or something, a role that would come to him. But she decided to risk everyone’s life in the house, basically, and said, ‘I am not throwing this child into the river,’” Bream explained.

When she could no longer hide him, Jochebed made a little watercraft and sent Moses down the Nile River with Miriam tagging along the banks.

“The place he was supposed to go to die was where he actually had life. She had great faith in setting him out there,” Bream said of Jochebed.

Pharaoh’s daughter happened to be bathing in the Nile and saw Moses’ little basket watercraft among the reeds along the river.

“When she opened it, she saw the child, and behold, the baby was crying. She took pity on him and said, ‘This is one of the Hebrews’ children,’” according to Exodus 2:6.

Bream noted that, at this point, “Little Miriam, essentially a slave child, jumps up and says, ‘Hey, I can help you with a Hebrew woman to nurse him until he’s ready to come to the palace.’

“So I can’t imagine the joy of her running home to tell her mom what she had just worked out with this baby,” Bream said. “Moses probably was in their home two to three years until he was weaned and being raised by his real mama.”

Moses would go on to be educated in Pharaoh’s court, forced to flee because he killed an Egyptian who was abusing Hebrews, and later return to Egypt to lead the Hebrew people out of bondage, through the Red Sea (on dry ground) and to the border of the Promised Land.

He is widely credited with writing, through divine inspiration, the first five books of the Bible, the Pentateuch, which includes the Ten Commandants and other laws that became the foundation of the Western legal tradition.

Bream also devoted a chapter in her book to Mary, the mother of Jesus.

Her son’s first miracle recorded in the Bible came at Mary’s prompting,

It took place at a wedding celebration in Cana in Galilee, as recorded in the second chapter of the Gospel of John.

“When the wine ran out, the mother of Jesus said to him, ‘They have no wine.’ And Jesus said to her, ‘Woman, what does this have to do with me? My hour has not yet come.’ His mother said to the servants, ‘Do whatever he tells you.’”

In other words, she seemed pretty confident Jesus would do what she suggested he should.

Bream explains in “The Mothers and Daughters of the Bible Speak” that Jesus’ initial response to his Mary wasn’t quite as it appears in modern translations.

“It’s not that abrupt because, again, it does sound like in our English translation, like, ‘Woman, how dare you ask me to do something? My time is not yet come [for] ministry,’” she said.

“In many of these instances,” Bream added, “when you go back to the original language or verbiage or usage of a phrase at that time, it really wasn’t disrespectful at all.

“It was it was almost an honoring thing saying, you know, ‘I respect that you’re making this statement, but the fact is that I have to make these decisions about when my ministry comes to fruition,’” she said.

Jesus did heed his mother’s request, and did it so well that the master of the feast noted to the groom that it was unusual to save the best wine for last.

“This, the first of his signs, Jesus did at Cana in Galilee, and manifested his glory. And his disciples believed in him,” John 2:11 records.

Some other stories in Bream’s book involve Naomi and her daughter-in-law, Ruth; Esther and her uncle and de facto father, Mordecai;  Rebekah, wife of the Hebrew patriarch Isaac; Bathsheba, wife of the Israelite King David; and Mary’s kinswoman Elizabeth, mother of John the Baptist.

“The Mothers and Daughters of the Bible Speak” is an engaging and insightful read. Each chapter includes questions at the end that could be used in a Bible study group or just for personal study and reflection.

Bream said her hope is that her book will make the Bible more accessible to those who might be intimidated by the thought of just picking it up and reading it.

The response she often gets from those who read her books is: “I cannot believe this story is something that’s actually in the Bible.”