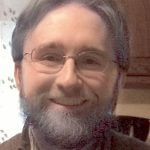 A Dubai developer who is a friend of former President Donald Trump will buy the site where a Miami Beach-area condo collapse killed 98 people last year. Hussain Sajwani, the...

A Dubai developer who is a friend of former President Donald Trump will buy the site where a Miami Beach-area condo collapse killed 98 people last year.

Hussain Sajwani, the owner of DAMAC Properties, was the only bidder for the 1.8-acre plot of land in Surfside, according to Michael Fay, who works for the real estate firm Avison Young and is acting as real estate agent as part of a class-action lawsuit, according to the Miami Herald.

The purchase price for the land is $120 million.

Money from the sale will go towards a settlement for the families of those who died in the tragedy.

The company plans to build ultra-luxury condos on the site.

“While nothing can take away the pain or suffering, we are happy that we are moving forward with this successful purchaser to help bring closure for everyone,” Fay said.

Do new safety codes need to be in place for a massive condo project?

Miami-Dade Circuit Judge Michael Hanzman must approve the sale, but Fay said given that this is the only bid, approval is likely.

Fay said others expressed interest in the property, but never filed bids.

“We were having conversations with between half a dozen and a dozen groups in the last month and half,” he said.

Bidders were required to pay a $16 million deposit, Fay said.

DAMAC paid that and an additional $34 million deposit, he said.

Roughly $33 million of the purchase price will go toward the settlement fund, which will also include $50 million in insurance coverage. Last week survivors and families of victims of the collapse reached a preliminary $997 million settlement with 20 defendants in the lawsuit.

At one time, there were wishes expressed that the land could have been a public park or memorial, according to Newsweek.

“So many in my community knew or were one degree of separation from the victims of this unthinkable tragedy,” Gelber said.

“While we have proudly supported the efforts at ground zero with our own police and fire rescue personnel, it would be our great honor to also help establish a dignified memorial that would appropriately honor the blessed memories of those who perished.”