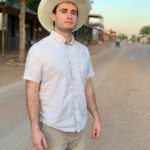 Gold miners in Canada's Yukon territory have discovered a mummified and largely intact body of a baby woolly mammoth. The miners uncovered the creature on Tuesday while digging through permafrost,...

Gold miners in Canada’s Yukon territory have discovered a mummified and largely intact body of a baby woolly mammoth.

The miners uncovered the creature on Tuesday while digging through permafrost, according to a government news release.

The woolly mammoth was found in the Klondike gold fields in the traditional territory of the Trʼondëk Hwëchʼin people.

Elders of the Trʼondëk Hwëchʼin community have named the mammoth Nun cho ga, or “big baby animal” in their language, the release states.

Geologists from the University of Calgary and the Yukon Geological Survey estimate that the female baby mammoth is over 30,000 years old, the release states. It was shielded from decay by the layer of permafrost covering it.

Much of the animal’s hair and skin is intact, making its state of preservation much better than that of other woolly mammoth finds.

The release describes it as the “first near complete and best-preserved mummified woolly mammoth found in North America.”

In the release, government paleontologist Dr. Grant Zazula called the discovery “one of the most incredible mummified ice age animals ever discovered in the world.”

Being part of the recovery of Nun cho ga, the baby woolly mammoth found in the permafrost in the Klondike this week (on Solstice and Indigenous Peoples’ Day!), was the most exciting scientific thing I have ever been part of, bar none. https://t.co/WnGoSo8hPk pic.twitter.com/JLD0isNk8Y

Scientists debate when exactly the woolly mammoth went extinct, with some estimating that they died out about 4,300 years ago, according to Encyclopædia Britannica.

If so, they’d have survived until construction began on the Great Pyramid of Giza in about 2570 BC.

The massive animals once roamed the grasslands of North America. When fully grown, mammoths were as big as the modern-day African elephant, an animal they’re related to.

Ancient humans depicted the woolly mammoth in cave paintings. They used its tusks for tools and hunted it for food.

“There will be one thing that stands out in a person’s entire life and I can guarantee you this is my one thing,” said Brian McCaughan of Treadstone Mining, according to the release.