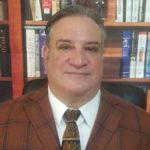 Exactly two years ago it became increasingly likely that Joe Biden would pull away from the rest of the Democratic presidential hopefuls and win that party’s nomination. I can still...

Exactly two years ago it became increasingly likely that Joe Biden would pull away from the rest of the Democratic presidential hopefuls and win that party’s nomination.

I can still remember hoards of Donald Trump supporters relishing the opportunity for Trump to debate circles around Biden. Since Trump had done such a number on Hillary Clinton, they figured, Biden would be child’s play.

“The guy can’t say an entire sentence without fumbling the words, and he hides in his basement all the time,” Trump’s fans bellowed. “There’s no way Trump’s not going to destroy him.” But there was.

The first debate encapsulated how Americans felt. Trump was tough, sharp and aggressive, whereas Biden was soft, weak and at a loss for words. But Trump also came across as a bully, and Biden looked like an old man being picked on and berated.

Some Americans preferred the strong albeit overbearing blowhard who imposed his will. After all, they figured, isn’t that the kind of leader America needs to stand up to Vladimir Putin and Xi Jinping? But other Americans — more of them, despite what some skeptics contend — preferred the overmatched old man. To them, being civil is a more important presidential qualification than being strong or sharp.

If you’re a Trump supporter or otherwise a Republican, you might be inclined to think that there’s little chance, if any at all, that Biden can win re-election in 2024. First, there’s speculation that his cognitive skills have eroded so much that he might have to resign before the end of this term, let alone run for a second.

Even many who think Biden will indeed run again don’t give him much chance of winning given rampant inflation, the southern border crisis, and the perception that he is entirely incapable and/or unwilling to rein in the radical woke left.

That’s certainly a plausible argument, and one I’d be inclined to support confidently — if I thought enough Americans thought that way. But I recognize there’s another perspective out there, which is also widely supported.

Namely, that precisely because we no longer have a tweeter-in-chief spewing out caustic, abrasive messages by the dozen, America is in a much better place.

As for the economy, it’s a mixed bag. Sure, the big-ticket item where everyone feels the pinch is the price of gas and groceries. But the economy generally continues to do well. As for the stock market’s erratic behavior, well, Mr. and Mrs. Front Porch don’t worry about that too much.

The Afghanistan withdrawal was disastrous, but at least we’re out, and most Americans are willing to live with Afghan women being forced to cover their faces in public — especially since it’s not their own faces under the veils.

Biden’s steely resolve regarding Ukraine is admirable, though one can’t ignore that had Trump still been in power, Putin might not have invaded in the first place. But unlike a once-in-a-lifetime phenomenon like the pandemic, most Americans read about Ukraine and, 10 minutes later, return to their daily routine and it’s out of their minds.

Speaking of the pandemic, not enough people examine the situation fairly and analytically. Instead, they conclude, “Under Trump, I had to wear a mask. Under Biden, I no longer do, so I’m better off now.”

I am not among those who view the country under Biden as so rosy, nor do I have any plans of voting for him. But I do see how that perception is not only possible but quite likely, considering that the three most influential spheres of communication — the media, academia and Hollywood — continue to veer decidedly left of center.

Finally, there’s the “broccoli vs. candy” argument. The Republicans are the party of broccoli: It’s what’s nutritious. It’s what you should put into your body for good health in the long run. The Democrats are the party of candy: They’ll give you what tastes really good, never mind the pesky details of tooth decay and obesity. Just as candy is easier to sell than broccoli, so is the Democratic promise of free everything.

In fact, the only reason Republicans are even in the game is that wokeness is so preposterous that even lifelong liberals are calling it crazy.

Americans who, like me, don’t want to see the Democrats win in 2022 or 2024 need to gain a better sense of reality: Just because Trump packs his rallies with jubilant fans and Biden can barely draw enough of an audience to field a baseball team doesn’t mean there are more Trump voters than Biden voters.

After all, there are also far more people who eat bread than smoke cigars, and far more who drink water than Scotch. Yet you won’t find bread-eaters high-fiving each other or hotels sponsoring an annual “Water Drinking Convention.”

Ronald Reagan won two landslide presidential elections, the second time winning an astounding 49 out of 50 states. But he lived by these words: “In a campaign, I always like to act as if I’m one vote behind; overconfidence is a candidate’s worst mistake.” That’s exactly what Republicans need to remember.

Lest Biden bumbles his way to a second term.