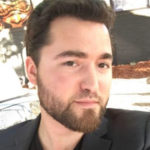 Democratic leaders continue to arrogantly display the contempt they have for the American people they are supposed to be serving. Democratic Mayor Ted Wheeler was recently captured on camera laughing during a city council meeting in response to a Portlander's heartfelt concerns about the rising homeless crisis in the city....

Democratic leaders continue to arrogantly display the contempt they have for the American people they are supposed to be serving.

Democratic Mayor Ted Wheeler was recently captured on camera laughing during a city council meeting in response to a Portlander’s heartfelt concerns about the rising homeless crisis in the city.

According to Human Events, a citizen by the name of Gillian Rose told Mayor Wheeler and the council, “I’m angry, and I’m sad, and I’m fed up … I’m so sick of having politicians pander to the woke agenda that’s been nothing short of an epic failure.”

Rose continued, “Please admit to failure, and start doing the right thing. Stop wasting our money, and destroying our beautiful city, and please start being leaders.”

Mayor Wheeler responded to this heartfelt implore with dismissive laugher, saying, “Thank you, you made your point emphatically clear.”

“It was really hard to hear, and I think that it proved my point, that I don’t feel like they’re taking it seriously and that they care,” Rose said in an interview, Human Events reported.

Rose continued, “I don’t think this is funny at all, this is a nightmare. Portland is in real trouble, and we don’t feel safe.”

Portland isn’t the only West Coast city that is in trouble.

Do you think Portland should get rid of Ted Wheeler?

A 2019 KOMO News documentary — aptly named “Seattle is Dying” — takes the viewer on a harrowing tour of the once prosperous city.

At the 4:01 mark in the documentary, the viewer will see a similar situation to what Gillian Rose experienced in Portland: A panel of council members smirking, laughing and dismissing the heartfelt pleas of those they claim to represent.

When asked what they — the council — were going to do about the violence and property damage, one city council member simply said, “If property crime is committed, if violence is committed, you need to call 911.”

The angry crowd immediately burst into derisive laughter of their own. One Seattleite then said, “You’ve lost all credibility when you say, you said two words. You said call ‘call 911.’ Do you understand that the police have told us to vote you all out, so that they can do their jobs?”

Several of the council members can be seen grinning ear-to-ear at the Seattle woman, “You’re smiling? You think it’s funny the way we’re living?” she continued.

Liberal City’s Nightmare Continues to Spiral Out of Control: ‘They’re Selling Their Places Literally at A Loss Just to be Able to Get Out’

The full documentary is more than an hour, but I would highly recommend giving it a watch if you’re concerned about the growing homeless crisis in America’s major cities.

Stories like that of Gillian Rose seem to becoming part of a frightening pattern across cities with Democratic leadership at the helm.

My hometown of Minneapolis has also been in the spotlight as demoralized police are retiring early or fleeing to red states for employment by officials who will indeed let them do their jobs.

Keep stories like this in mind as you go to the voting booths this November and oust apathetic officials like Mayor Wheeler from their undeserved seats of authority.