Those that seek political hegemony by deliberately fomenting racial and ethnic animosity are among the most despicable people on earth and are little different than the despots who rampaged through the Twentieth Century.

America is Regressing into a Tribal Society Rife with Acrimony, Anxiety and Suspicion – American Thinker<!—->

The United States is experiencing tribalism, collective poverty, soaring crime, an obliterated southern border, the destruction of constitutional norms, and roaring inflation.   We are being led by a catastrophically bewildered, ill-tempered, incompetent president abetted by a left-wing ideologically driven Congress and bureaucracy.

For nearly five decades, while the Republican Party and establishment conservatives reveled in their “civility” and “bipartisanship,” an increasingly socialist/Marxist Democrat party, media/entertainment complex, and education establishment has been conditioning two-plus generations of Americans to look to the federal government as the source of salvation, opportunity and rescue in times of difficulty.  This has created an ever-growing mal-educated, susceptible and easily exploited segment of the citizenry that by the turn of the Twenty-First Century was large enough to impact the governance of the nation.

The next step was to inculcate guilt and societal animosity in what was once a tolerant multiracial nation that had overcome its past.  Their success is undeniable as they have successfully manipulated and alienated the Black and minority populations by demonizing and scapegoating the white population. 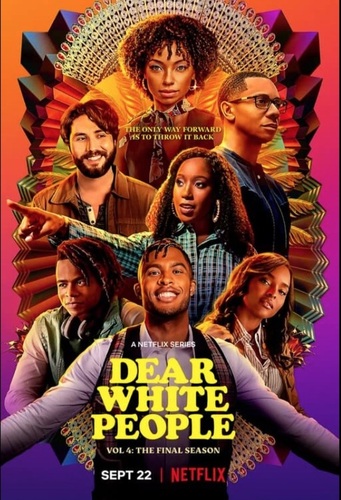 In 2008 77% of Americans (60% of Blacks) thought race relations were good in their individual community In a shocking recent poll among Blacks, 75% now believe they or someone they love will be attacked by a white person.  This is an easily disproven belief as government statistics from the Department of Justice reveal that Blacks were the attackers in 85% of violent crimes involving blacks and whites.

This same recent poll also showed that 70% of Blacks believe over half of all white people (or 110 million Americans) “hold white supremacy beliefs.”  Any accurate estimate of the actual number of white supremacist is impossible to find as the definition of “white supremacy” has conveniently evolved with the political winds (e.g., all Trump voters have often been referred to as being sympathetic to white supremacy.)  Over the years, by extrapolating the dubious and inflated data from the rabidly left-wing Southern Poverty Law Center, it has been estimated that there “could” be many as 500,000 believers or 0.2% of the overall white population.

It is little wonder that just 24% of whites, 27% of Blacks and 29% of other minorities believe the current state of American race relations are good or excellent.

After decades of improving race relations, America is rapidly regressing into a tribal society rife with acrimony, anxiety and suspicion spawned by a return to racism and bigotry.

Among the most important dates in the Civil Rights Movement was August 28, 1963 and the March on Washington for Jobs and Freedom.  Little did those of us who were there understand or appreciate that day would be historic, not only because of the electrifying oration delivered by Martin Luther King Jr. but that this singular event would mark the beginning of the end of institutional discrimination and racism in the United States and the near unanimous national affirmation that everyone must be judged by the content of their character and not the color of their skin.

Nor could the bulk of those involved in the Civil Rights Movement of the 1960’s ever fathom that beginning in the 2000’s the American Left and the Democrat party would, with forethought, maliciously and incessantly exploit the nation’s past and undermine the achievements of so many.

Those that seek political hegemony by deliberately fomenting racial and ethnic animosity are among the most despicable people on earth and are little different than the despots who rampaged through the Twentieth Century.

Regardless, these vile extremist ideologues, whether in the Democrat party or the media or among the professoriate, single-mindedly pursued their goal of permanent political hegemony by consciously provoking division, fear, and hostility.

Having successfully exploited non-existent institutional racism, this cabal is now certain that they are on the cusp of achieving their objectives.  So confident are they that they believe the bulk of the citizenry will not only meekly acquiesce to their agenda but will also accept overt voter fraud and manipulation.  Thanks to reprehensible racial demagoguery, American society is more disunited and aggrieved than at any time in this nation’s long history and thus, they believe, predisposed to a fundamental societal and governmental transformation.

Accordingly, the left has become more vitriolic and are now mindlessly tossing around other vile epithets against not only their political opposition but any American citizen, regardless of ethnicity, in order to embed their “woke” agenda and further undermine societal cohesion.  Thus, the determination to destabilize the nuclear family, to mainstream all manner of deviancy, to eradicate self-determination, to unabashedly censure speech, to marginalize freedom of religion, to systemically attack all the nation’s institutions, and to scapegoat our ancestors for the current ruling class incompetence.

The march toward societal transformation and socialism/Marxism has progressed to the point where it cannot be stopped or reversed by simply relying on elections that can now be effortlessly manipulated and are oftentimes composed of candidates, once in office, who are easily intimidated by the radical left.

While elections are important and the necessity of choosing candidates that claim they will fight to reverse the course of the nation is vital, this war for the soul of the nation cannot be won in the halls of Congress or in the Oval Office or in the chambers of the Supreme Court, or in the panoply of government buildings that line the streets of Washington, D.C.

Instead, the American people can win this war if they unite and wage unconstrained combat with the American left by attacking the two core elements of the strategy that they used.

The war can be won by a unified and determined American citizenry.However, time is rapidly running out as no nation racked by racial or ethnic animosity and tribalism can long survive.

On July 4, 2026 the United States will celebrate the 250th anniversary of its founding.  What sort of occasion will it be?  A national celebration of a united people reveling in freedom and prosperity or an overwhelmingly fractionalized and demoralized nation on the cusp of irreversible and inevitable dissolution?