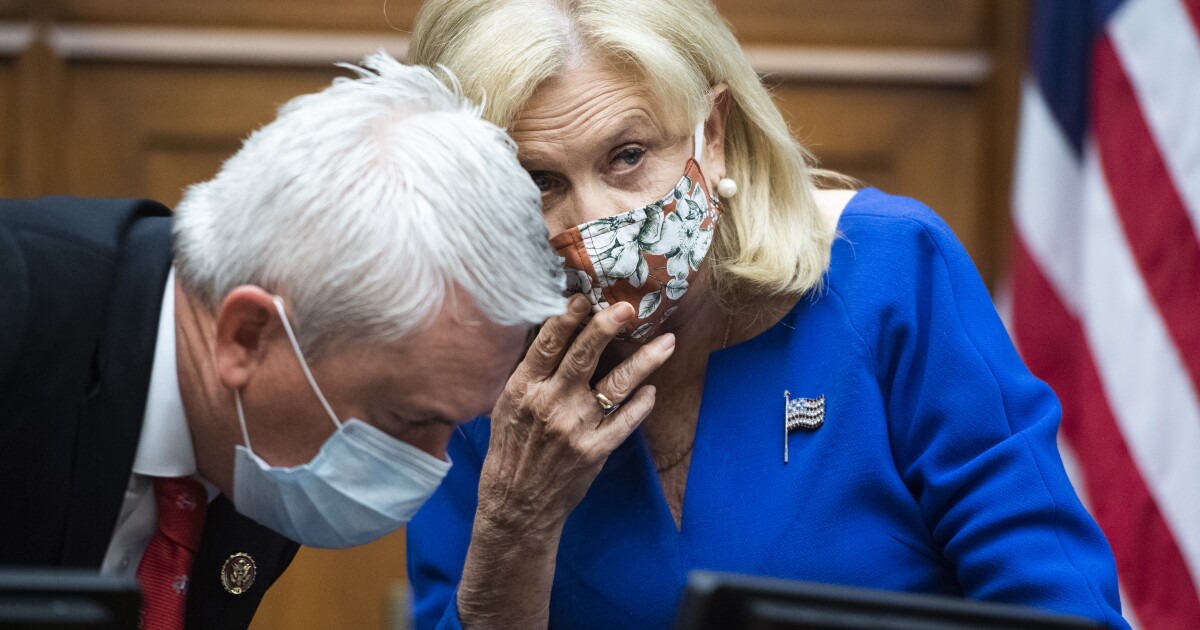 The top Republican on the House Oversight Committee on Tuesday condemned Democrats on the panel for opening an investigation into former President Donald Trump’s compliance with laws regarding foreign gifts.

The top Republican on the House Oversight Committee on Tuesday condemned Democrats on the panel for opening an investigation into former President Donald Trump’s compliance with laws regarding foreign gifts.

Rep. James Comer (R-KY), the panel’s ranking member, reacted to a letter to Debra Wall, the acting archivist of the United States, in which committee Chairwoman Carolyn Maloney (D-NY) alleged Trump “failed to comply with the law governing foreign gift reporting” by not accurately accounting for the sources and value of gifts he received from foreign leaders during his presidency.

Maloney asked the archivist to provide documents detailing the information the Trump administration allegedly failed to disclose, including the location, value, and source of all foreign gifts received by the former president and the current whereabouts of any such gifts. Wall was also asked to release any communications between Trump, members of his family, or administration officials regarding foreign gifts.

In a statement to the Washington Examiner, Comer slammed the investigation as out of touch and an attempt to distract from real economic concerns facing people in the country.

“Committee Democrats appear to be doing everything they can to ignore the mounting crises created by President Biden and his disastrous policies. Their continued obsession with former President Trump is an attempt to distract from President Biden’s many failures,” Comer said.

“Americans are suffering from rising gas prices, historic inflation, and a border crisis raging out of control,” he continued. “Democrats should quit looking backwards and instead address all the problems facing Americans today.”

In her letter, Maloney framed the investigation as necessary because uncertainties surrounding foreign gifts “raise concerns about the potential for undue influence over former President Trump by foreign governments, which may have put the national security and foreign policy interests of the United States at risk.”

Additionally, the New York congresswoman argued that Trump’s behavior could have violated the Constitution’s Foreign Emoluments Clause, which prohibits government officials from accepting gifts, titles, or other items of value from foreign countries without the consent of Congress.

Pricey gifts, cited by Maloney in the letter, which were allegedly received by Trump yet not reported in State Department documents include a Louis Vuitton golf bag from French President Emmanuel Macron, multiple swords and daggers from the king of Saudi Arabia, and a gold-framed portrait of the former president from the prime minister of Vietnam.

In April, the New York Times reported that the State Department said it was unable to “fully account” for foreign gifts received under the Trump administration since the department’s protocol office had failed to obtain a list of foreign gifts by the White House before Trump left office.

The Oversight Committee’s investigation follows a November 2021 report from the State Department’s inspector general, which concluded that foreign gifts received by top administration officials during Trump’s presidency, such as a $5,800 bottle of Japanese whiskey apparently given to then-Secretary of State Mike Pompeo, could not be accounted for.

Maloney gave Wall until June 20 to turn over the requested documents to the committee.